Comment: Google and ASUS provide a glimpse of the AR features we might see in the iPhone 8 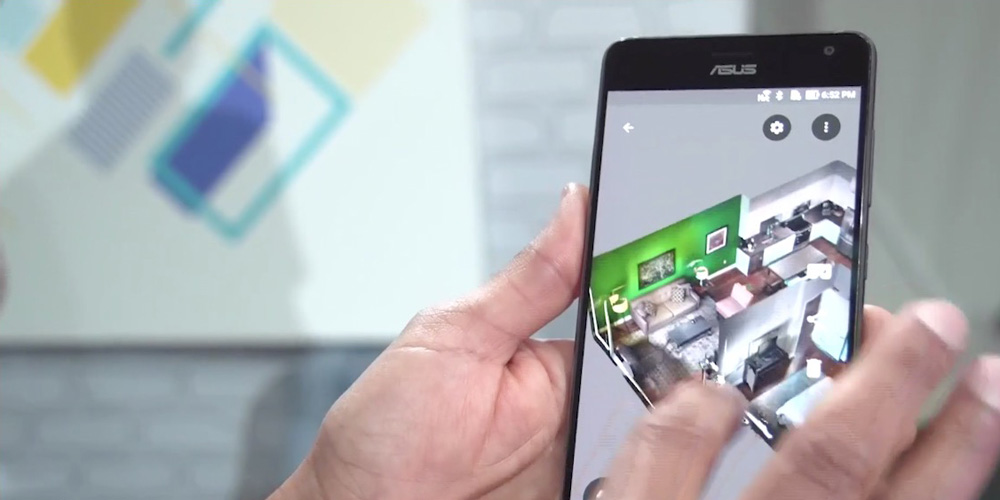 Google has been working on augmented and virtual reality for some time, through its Tango and Daydream projects. While there’s a great deal of overlap between the two, I’ve outlined before why it’s clear to me that Apple’s focus is very much on augmented reality: overlaying virtual content on the real world.

Google this week gave us a clearer steer on the type of AR functionality we can expect from its own platform, and it’s likely that we will see some similar features in the iPhone 8 …

Apple has of course been working on its own approach to indoor GPS since 2013, using a combination of the M7 dedicated motion coprocessor in the iPhone and iBeacons. VPS takes a different approach, using a 3D camera system to build a detailed three-dimensional visual map of an indoor space.

Second, Google revealed that the first smartphone with support for both Tango and Daydream capabilities will be launched in the summer: the ASUS ZenFone AR.

If you want to predict the type of applications you’re likely to see from any new technology, ‘follow the money’ is always a safe bet – so it’s no surprise that shopping is a key focus of the ZenFone.

CNET reports that hardware chain Lowes is already on board with VPS, offering an app that allows you to put together a shopping list and then be guided around the store to where you’ll find the items. Once your shopping is complete, it can guide you to the first available checkout.

But AR can do much more that this. For example, shopping for furniture? The ZenFone allows you to create a 3D map of your home, as seen in the top image. Then when you go to the furniture store, you’ll be able to take 3D images of, say, a sofa, and see exactly what it would look like in your living room. 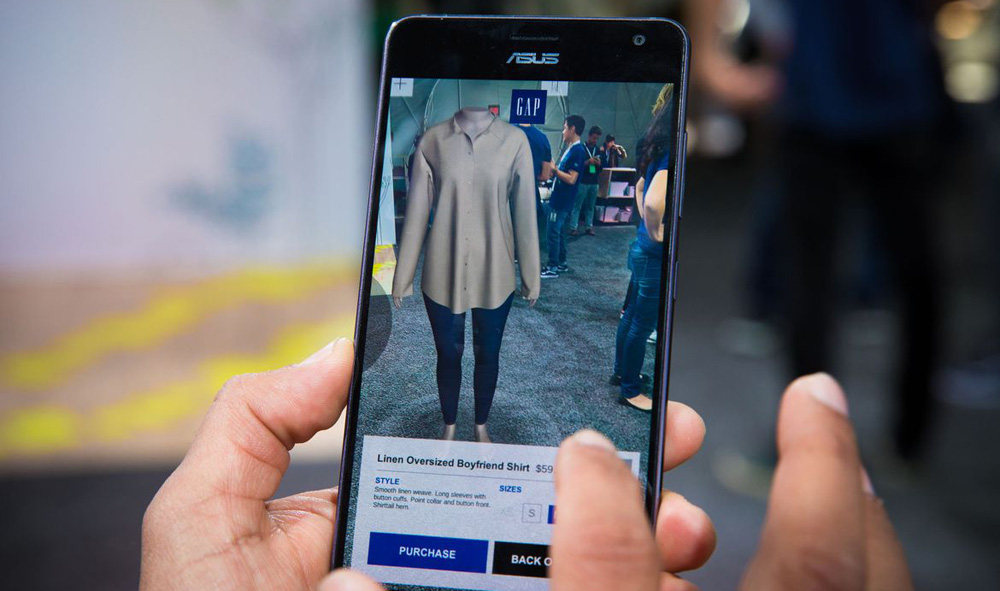 Similarly with clothes. The Gap already allows you to project any item of clothing onto a virtual mannequin, to get a better sense of what it looks like when being worn. An obvious next step would be to create 3D images of your own body so that you can see what it looks like on you, without the hassle of trying it on.

Another safe bet with any new tech is gaming applications. Virtual reality is of course heavily focused on games, but as we’ve seen with Pokémon Go, augmented reality can also be used for gaming.

The blurring of the line between VR and AR is likely to be particularly acute with gaming. For example, the upcoming Sims Freeplay has support for VR. Not only can you tilt your phone to see the scenes from any angle, but you can zoom right in to virtually walk around the rooms of your simulated world. Take that idea one step further and you could perhaps interact with your Sims characters in your own living room.

But AR can also be used for more worthy ideas. For example, how much more engaged would kids be in learning about the solar system if you could use AR to bring planets right into the classroom and allow them to walk around them, or explore them with a selfie stick?

That’s an application available right now on the ZenFone AR. We’ve also seen more specialist applications of AR in fields like surgery and can doubtless expect more from hardware more geared to handling it.

Apple will of course have its own specific plans for AR, but these general areas – AR mapping, shopping, gaming and education – seem likely bets.

What type of AR applications most excite you? What are the ideas we haven’t mentioned that you think have potential? As always, please share your thoughts and ideas in the comments.