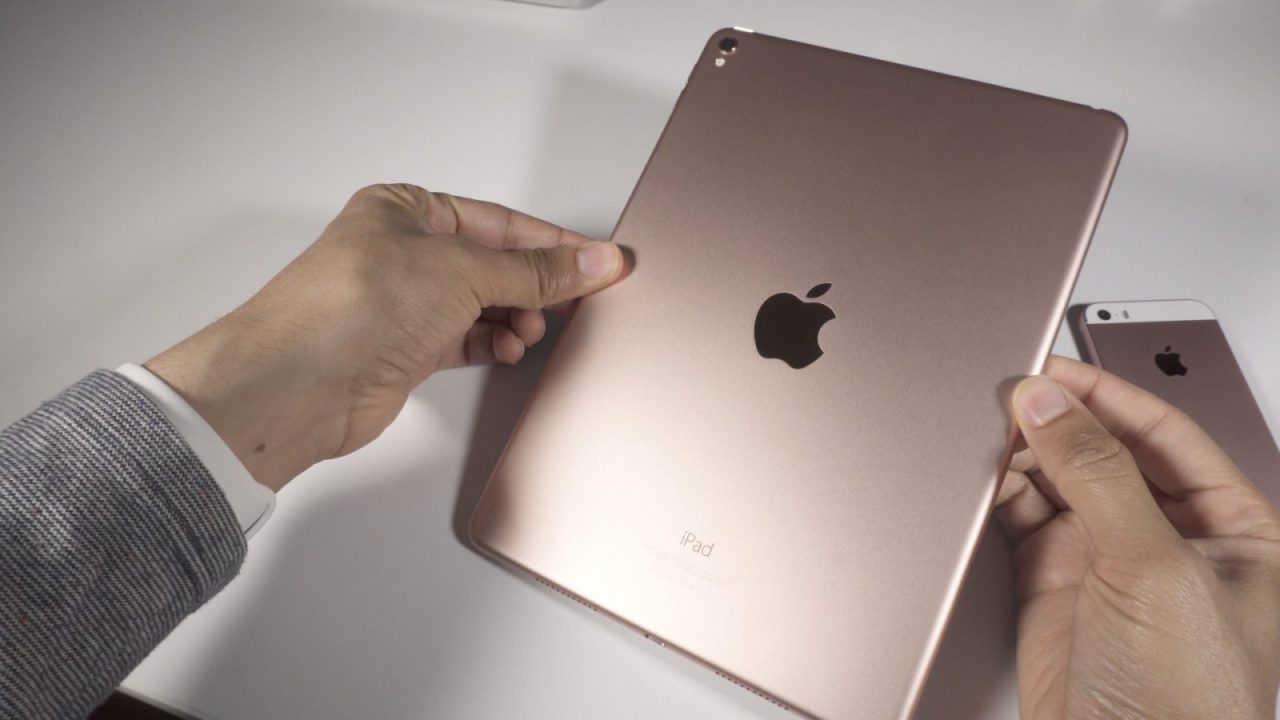 WWDC is set to kick off on Monday, June 5 next week and based on the latest intel, it looks like Apple will have new and maybe refreshed iPad models to show off. Here’s what we know so far…

The highlight of incoming iPad updates will certainly be a new 10.5-inch iPad Pro model that the company is reportedly planning to introduce as soon as WWDC next week.

The usual signs that Apple is getting close to a release surfaced this month with a few seemingly legitimate case leaks for the new screen size. The leaks gave us a bit of insight into dimension details in terms of overall size when accounting for possibly slimmer bezels expected to accompany the display that is only slightly bigger than the 9.7-inch iPad line.

With slimmer bezels, it looks like Apple will cram that 10.5-inch display into a body that is overall not much larger than the 9.7-inch iPad. We can see how it compares in these photos showing the leaked case with the current 9.7-inch iPad Pro. The result will be a marginally taller and barely wider case for the new 10.5-inch model versus the 9.7-inch Pro, but with significantly more screen real estate. 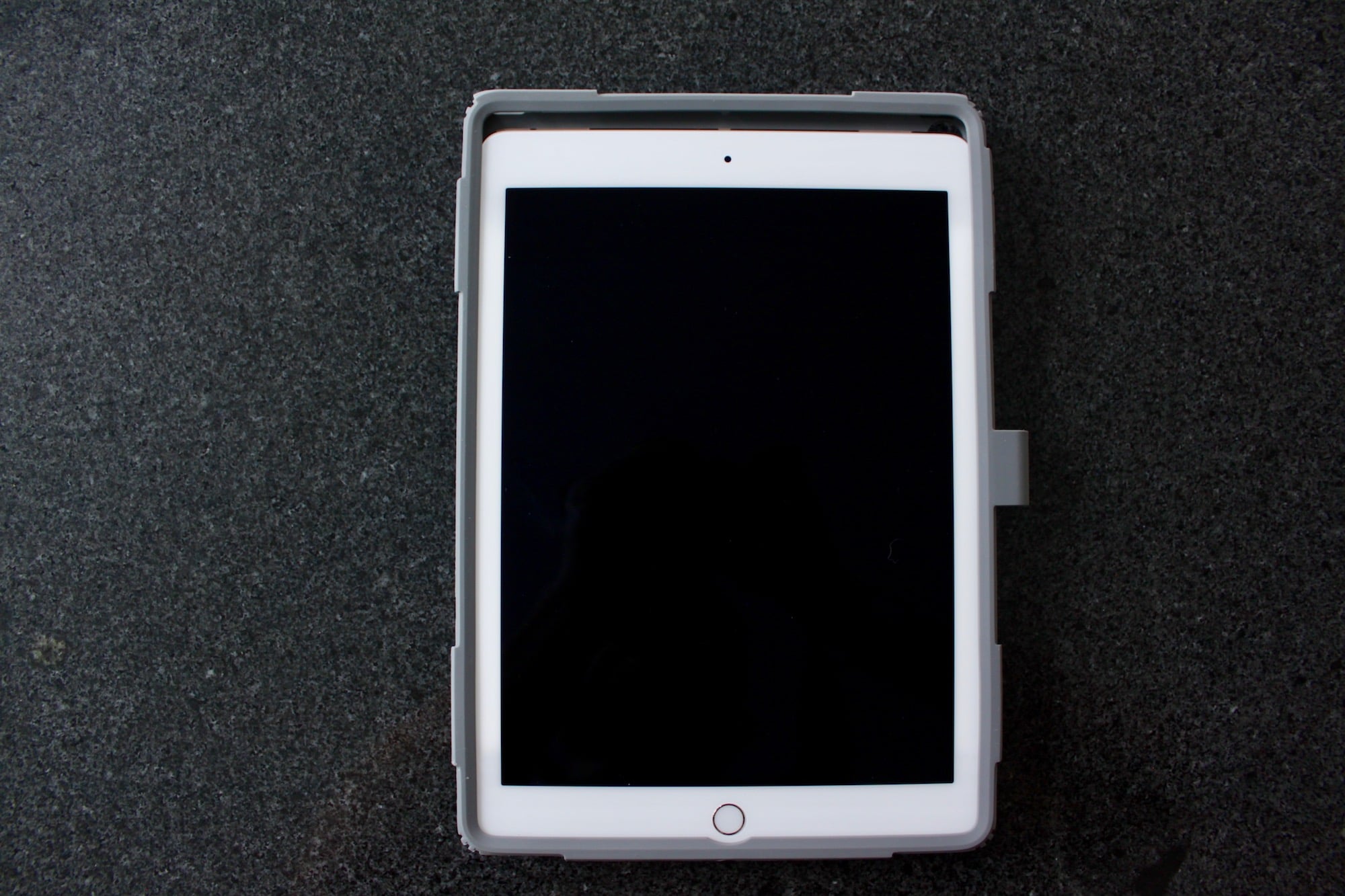 The case leaks all seem to confirm repositioned mics on the device that also lineup with the design of the new $329 iPad introduced earlier this year. The photos also show room for stereo speakers on the new models. Other reports have pointed to an upgraded A10X processor and possibly a virtual or embedded home button that would allow for those super slim bezels.

And speaking of the larger 12.9-inch iPad Pro, it’s looking likely it might be getting an update too, possibly at the same time during WWDC next week…

In addition to the expected 10.5-inch iPad Pro variant, an update to the current 12.9-inch model is also in the cards. There isn’t a whole lot of info on exactly what will change, which usually means we’re in for the typical internal upgrades with a newer processor and other spec bumps.

But perhaps the new design will share more with the new 10.5-inch and get a bigger update in terms of a design refresh. There is some evidence of that– the case leaks also included a 12.9-inch iPad Pro model that has repositioned rear mic holes much like both the new $329 iPad and leaks for the 10.5-inch Pro. 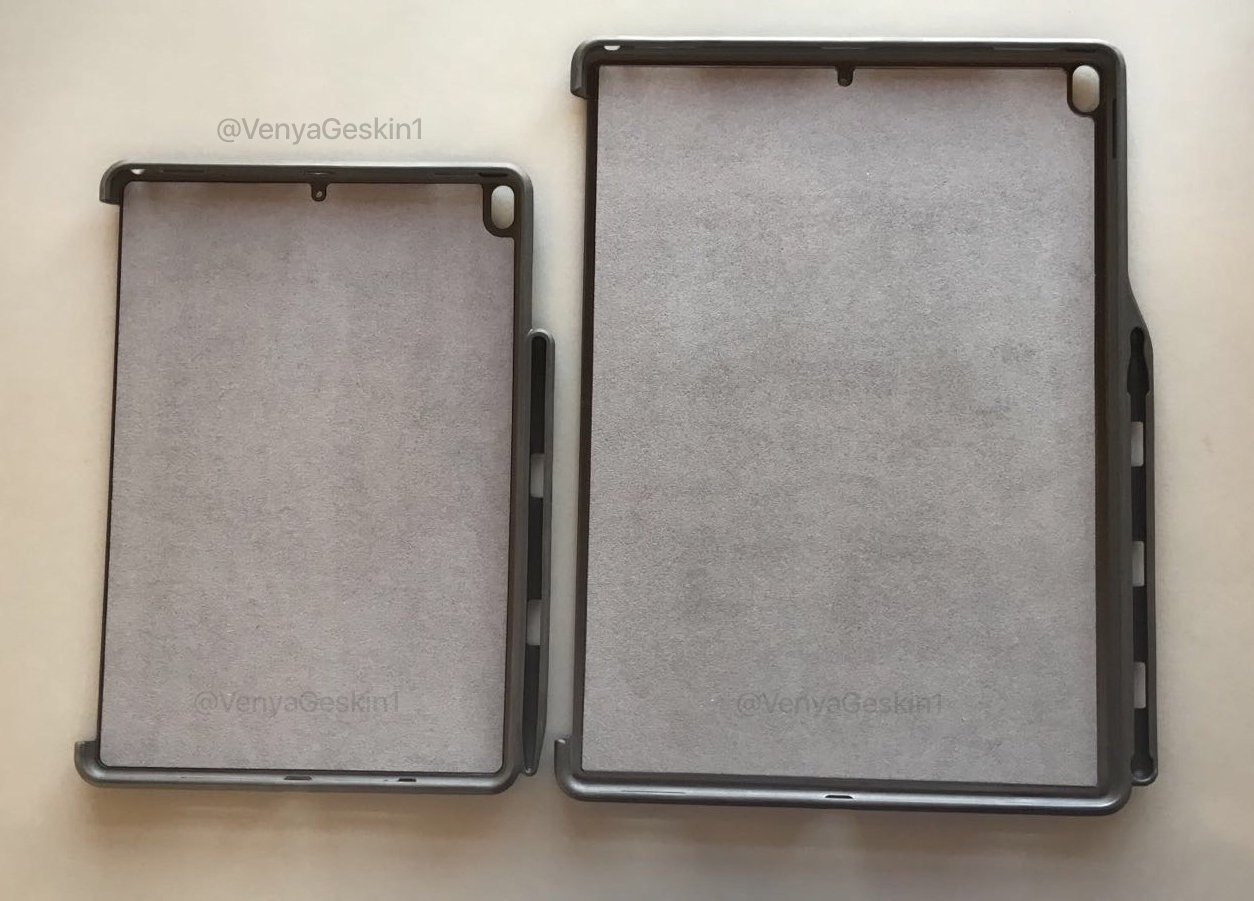 Adding to the possibility of a 12.9-inch refresh is the latest regulatory filings that appear to show not one but four new iPad SKUs, which makes us think two new models with Wi-Fi and cellular models for each. Whether or not pricing will remain the same or change with the introduction of the 10.5-inch model remains to be seen.

Will it stay or will it go? Conflicting reports mean we don’t have a solid idea of what Apple is planning for the iPad mini line, last updated with the iPad mini 4 in September 2015. Since Apple undercut pricing on the device with the new $329 iPad that has a larger display, albeit a less quality one without lamination and an anti-reflective coating, speculation has been that the iPad mini could be on the way out. Add in that phone screens are getting bigger and bezels smaller, the 7.9-inch tablet could become obsolete.

One recent report said Apple plans to phase out the device; while another said its planning a new update for an ‘iPad mini Pro.’ But neither are from a highly accurate source, so we’re still waiting on official word before we pronounce the mini dead.

As always, new software features are more of an unknown as Apple generally is able to keep new iOS features under wraps until the show at WWDC. But earlier this year we noted that rumored Apple TV account switching in tvOS 11 may suggest multi-users for iPad with iOS 11. And another report claimed Apple has new iPad Pro and Mac integration planned, a concept similar to one the company itself described in a patent application for an iPhone or iPad docking into a MacBook-style dumb terminal.

One area that would make a lot of sense alongside the new iPad Pro models and at the developer conference is a new generation of Apple Pencil. A report from Bloomberg last August said Apple was testing enhanced Apple Pencil features including the ability to annotate content in applications across iOS, including Mail, Messages, Safari, and more.

Those features didn’t arrive with iOS 10, so it’s possible they could be ready in time for iOS 11. Another rumor claimed that Apple is eyeing a release for a new ‘Apple Pencil 2’ alongside new iPad Pro models this year. Although the source was unclear, it would make sense for a launch alongside new Pro models and with the Bloomberg report of new features incoming.

Other features including dark mode, multi-user account support, and improved multi-tasking have long been highly requested and anticipated, and those were all at the top of our list. Zac also recently suggested an iPad Workouts Dashboard for Apple Watch exercises. And Jeff had some of his own ideas for pro features beyond those in his recent feature request video for iPad Pro:

When we asked 9to5Mac readers which features they were most hoping for in iOS 11, iPad enhancements came in third position just behind Dark Mode and Siri improvements.

Check out our Mac WWDC roundup below for what to expect from incoming MacBook updates and new software: