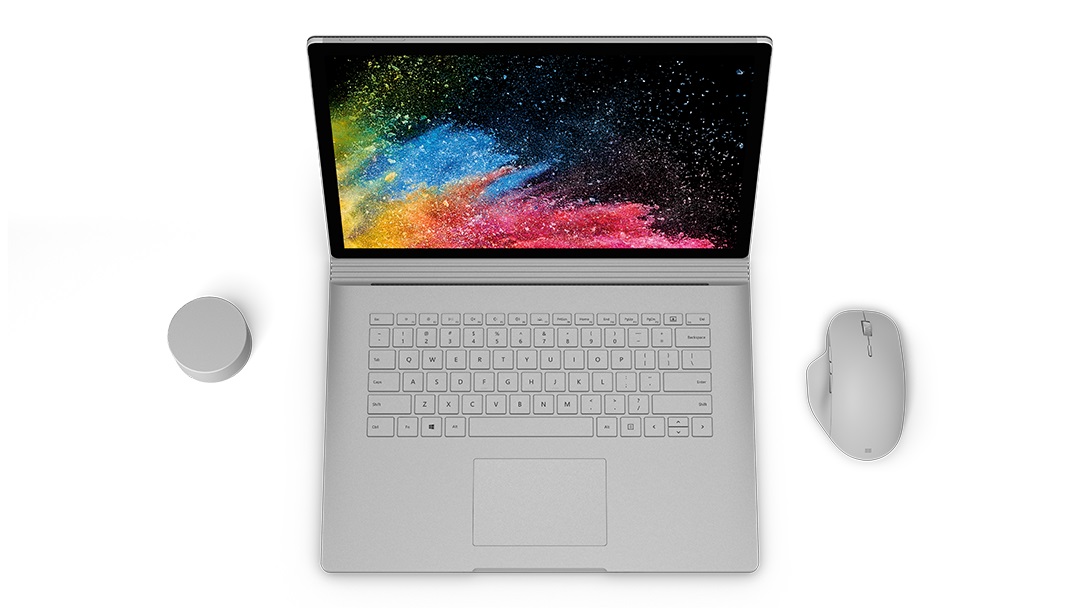 Two years after introducing the Surface Book, Microsoft has officially unveiled its sequel. Naturally, Microsoft is comparing the new Surface Book 2 laptop-tablet hybrid (not to be confused with the felt-covered Surface Laptop) to Apple’s MacBook Pro (since it can’t upset any OEM partners). If you can get around the whole using Windows thing, Surface Book 2 does have some impressive specs on paper…

Surface Book 2 packs “the latest 8th Gen Intel Core processors and NVIDIA GeForce GTX 1050 and 1060 discrete graphics options” which Microsoft says makes it up to five times faster than the original Surface Book and “twice as powerful as the latest MacBook Pro.” (Reminder that it runs Windows.)

Performance aside, Surface Book 2 does promise battery life numbers that will be impressive if they pan out: 17 hours. The disclaimer here is that number only describes continuous video playback, but Apple rates both the 13-inch and 15-inch MacBook Pro at up to 10 hours of video playback, so it’s still a jump if true.

Neither tablet-laptop hybrid will be available this month, however, as pre-orders won’t start until November 9 with shipments starting November 16. Prices start at $1499; learn more here. No word on if the 2 will redeem the Surface Book in the eyes of Consumer Reports which pulled its recommendation over poor reliability.