A more accessible future: AirPods, hearing aids, and the audio technology to make it possible 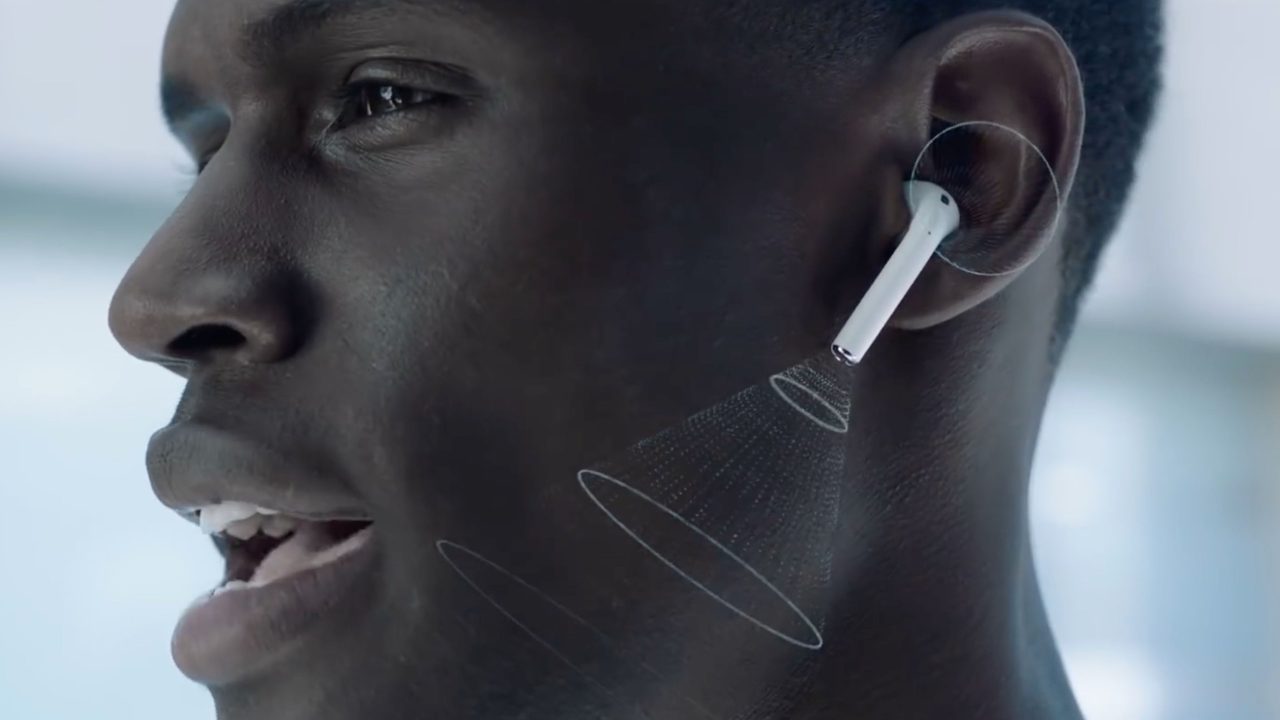 Apple CEO Tim Cook has repeatedly stated his belief that technology should be accessible to everyone. For decades, Apple products have shipped with accessibility features, proof that these values are deeply rooted in the company. Apple even launched a dedicated accessibility website in 2016, showcasing the stories of several individuals and how their lives have benefited from accessible products.

One branch of accessibility that’s received an increasing amount of attention is hearing. While iOS has supported hearing aids in some capacity for years, deep integration with the iPhone first became possible when Apple expanded its Made for iPhone (MFi) licensing program to cover hearing devices. Advancements in Bluetooth Low Energy technology in concert with a proprietary audio transmission protocol have been essential in enabling a steady stream of iPhone-compatible hearing aids and cochlear implants to be released.

At the same time, Apple developed an audio product of its own – AirPods. The wireless headphones include advanced low energy technology themselves, powered by the Apple-designed W1 chip. Between the company’s work in both accessibility and audio, Apple finds itself in a unique position to dramatically transform the market of hearing augmentation.

Spend a few hours in any major metropolitan area and you’ll see just how pervasive AirPods have become. Rather than a technology product, AirPods are seen more like a fashion accessory, worn as casually as an Apple Watch. Yet for individuals with hearing loss, the utility of AirPods can’t yet be fully realized.

“AirPods and earbuds generally don’t work that well for me, primarily because they require removing the hearing aid,” explained Ezekiel Elin, a programmer and student who uses Bluetooth hearing aids. “This is fine at home, but what about on the bus? It also requires putting them back in when you want to hear normally again.” 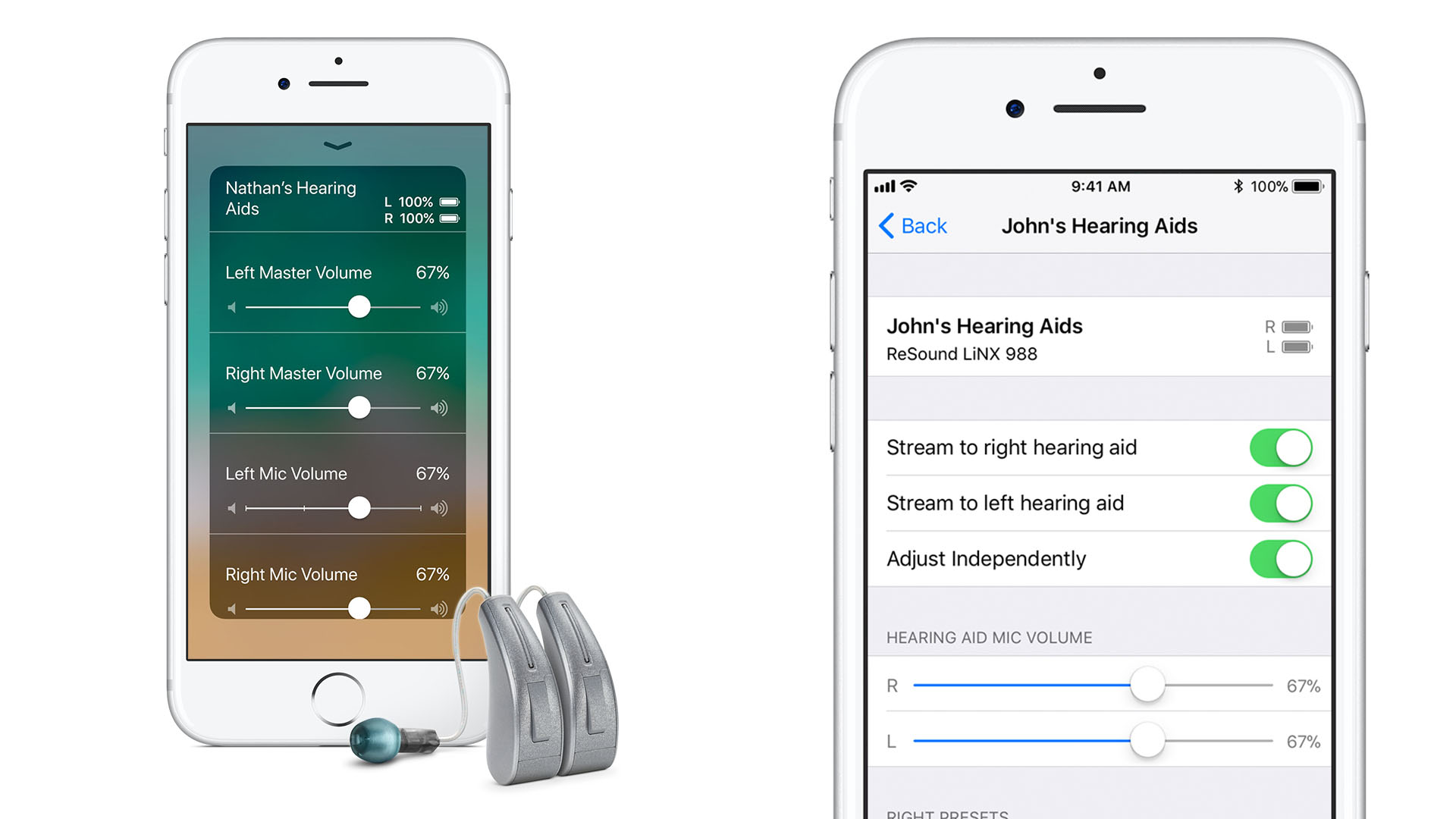 Made for iPhone hearing aid manufacturers have attempted to streamline this experience with features like phone call and music streaming directly to the aid’s receiver. This past summer, manufacturer Cochlear worked directly with Apple to create the first MFi cochlear implant sound processor. Cochlear says the implant “was met overwhelmingly with excitement and anticipation” from clinical customers waiting for the technology.

Others, too, have seen high interest in iPhone-connected hearing aids. Starkey Hearing Technologies was an early entry to the MFi arena with its Halo line of products. “We see a lot more people looking at the hearing aid and essentially viewing it as a technology extension to the smartphone,” said Jason Galster, a Senior Manager of Audiology Research at Starkey. “People respond very positively to it.”

Recent additions like the Live Listen feature even make it possible to use an iPhone as a remote microphone for hearing aids. “To some extent, the integration of hearing aid function into iOS has modified typical use,” said Dr. Brad Ingrao, a principle consulting audiologist and SME. “In my population, this encourages more users to avail themselves of additional programs such as directional microphones and telecoils since they are now easier to access compared to on-ear buttons which are often very small.”

Yet, even modern hearing aids suffer from issues that can lead to a frustrating user experience. Expanded functionality has increased the amount of patient education required to operate the devices. Some users have reported connection issues since the release of iOS 11.

Shortcomings in current offerings have opened the door to a market of third parties attempting to augment hearing. Personal Sound Amplifiers like Bose’s Hearphones and the Here One earbuds from now-defunct Doppler Labs combine the utility of a hearing aid with the sound quality and ease of use of earbuds.

Some iOS apps have promised to help those suffering with hearing loss without using hearing aids at all. Fennex, Petralex, and MyEar take different approaches to sound augmentation, the latter of which was developed by a father and son duo who were tired of falling back to lip-reading for communication.

Apple has already developed unique solutions to some of these problems with AirPods, and could use the wireless headphones as its own platform for hearing augmentation. While AirPods today don’t offer sound amplification out of the box, they already contain advanced beamforming microphones and accelerometers that detect the source of your voice and intelligently reduce background noise. The W1 chip found in AirPods also enables seamless pairing and connection with an iPhone, syncing the configuration to all iCloud-connected devices.

Other Apple-designed features already in use in existing products could elevate the hearing aid experience beyond what’s currently possible from third parties, thanks to the deep integration afforded by making both the hardware and software.

Sophisticated echo cancellation and spatial awareness used in the upcoming HomePod speaker, if brought to AirPods, could help “tune” the audio you hear in each environment. A HomePod could even potentially be used as a remote microphone for the Live Listen feature already supported by some hearing aids.

For users heavily invested in the Apple ecosystem, the ability to speak directly to Siri and use a Find my iPhone-like tool with hearing aids is a must. Two people wearing AirPods could even speak directly to each other with a feature reminiscent of the Walkie Talkie app for Apple Watch that never shipped.

An iPhone connection also makes possible technologies like live translation and automatic transcription of conversations without any extra effort. Combined with a seamless set up process and easy-to-understand controls for adjusting audio presets, Apple could significantly reduce the learning curve required to operate hearing aids today.

Another technology built in to many hearings aids is the telecoil, a tiny copper coil that gains listeners access to hearing loop systems, an increasingly popular sound amplification solution in many public facilities.

“While hearing aid technology can make a difference in near-field range, it doesn’t make a difference in reverberation or in background noise when you listen with that hearing aid beyond the effective range of the mic,” explains Dr. Juliette Sterkens, an audiologist and HLAA Hearing Loop Advocate. The integration of a telecoil in AirPods would instantly make the headphones compatible with a large infrastructure already in place and in use by countless hearing aid users around the world.

Apple will face several difficult challenges if it chooses to pursue this market, the first of which is hearing aid screening and acquisition. Today, the process begins with a comprehensive screening and evaluation process by a healthcare professional. If the patient is approved by the provider, a custom fitting and tuning is often required. A screening process modeled after the new Apple Heart Study could be the springboard for a more thorough hearing evaluation. 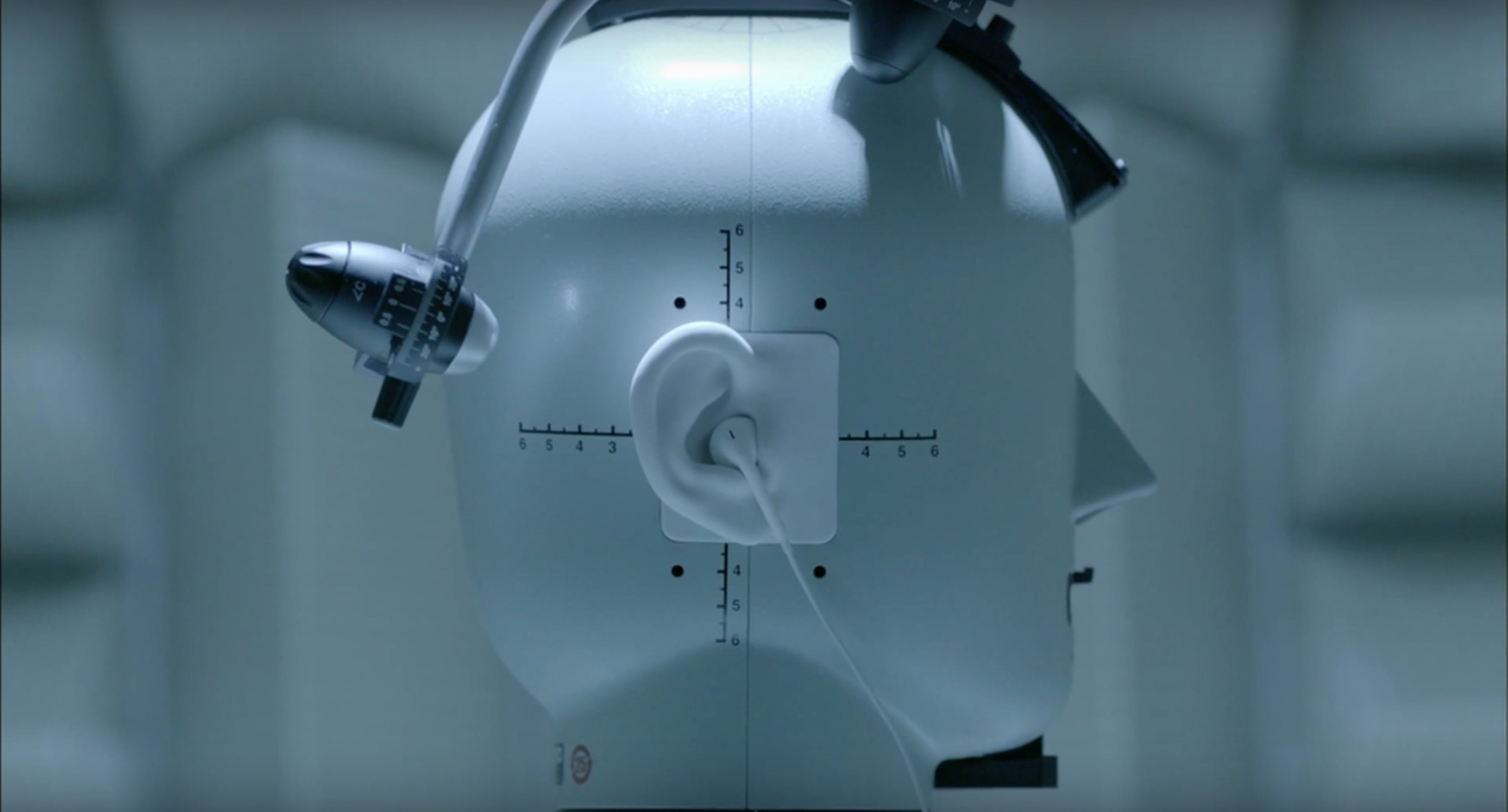 While Apple designed the shape of AirPods (and wired EarPods before them) based on 3D scans of hundreds of ears, no “one size fits all” product will ever fit as well as a custom solution. “Many audiologists believe that even if the patient is able to appropriately self diagnose and pick out the appropriate device, there is little to no way to verify the device is effective for their loss, both because they have no hearing test to verify against, and because they have no access to verification equipment,” explains Dr. Amber Kasten, an audiologist and fellow of the American Academy of Audiology.

This reality makes it unlikely that Apple would receive clearance from the FDA to classify a product like AirPods as a hearing aid, but rather a Personal Sound Amplification Device. Tim Cook has mentioned in the past that the FDA approval process holds Apple back from innovating as fast as it would like to. However, lack of FDA approval hasn’t stopped life insurance companies from offering the Apple Watch at a significant discount.

Another hurdle to jump is the stigma surrounding hearing aid use. Apple has already conquered half of the battle. According to Gareth Hoyle, a clinical audiologist practicing in Australia, “A number of my clients appear visibly upset when they learn they may have to wear hearing aids, because they believe it means they’ve officially reached ‘old age’.”

Thanks to the iPhone, this is beginning to change. “I now see many clients who are actually excited about getting a pair of hearing aids because they know that as well as a hearing aid it’s also a hands-free device for phone calls, music/podcasts, watching TV etc.” Combined with the “cool factor” of AirPods, hearing augmentation capabilities could spur individuals who previously dismissed hearing aids to explore the idea of seeking a solution. 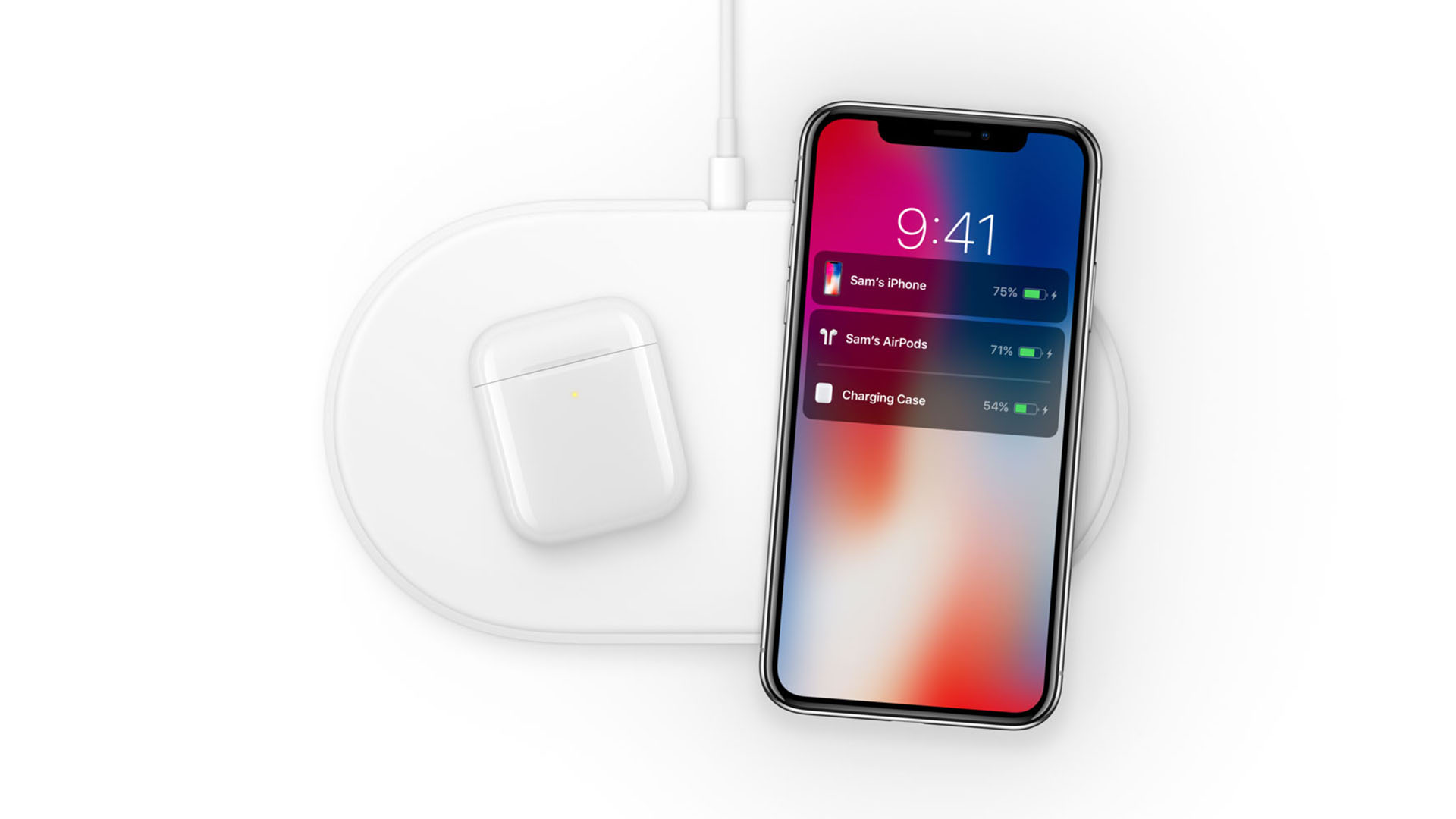 There is also the issue of battery life. Traditional hearing aids can last two weeks or more on a set of batteries if not streaming music and taking phone calls regularly. AirPods today have significantly shorter battery life, clocking in at just 5 hours of audio playback per charge. To match the usefulness of hearing aids, AirPods would need at least a full day of battery life, and could be recharged nightly. Traditional hearing aids are typically powered by replaceable batteries that generate additional waste, and necessitate carrying around spare batteries – a recurring cost.

All of these technologies pale in comparison to Apple’s opportunity to improve hearing accessibility through affordability. Hearing aids are prohibitively expensive to many consumers, with some options running $6,000 or more per pair. Oftentimes individuals are left with no choice but to suffer the effects of hearing loss, unable to afford the long-term costs of hearing aids, which are typically not covered by health insurance in the U.S.

Comparatively, AirPods will set you back just $159, making them vastly more accessible to a broad range of people. Even if the integration of hearing augmentation technology caused the price to double, the cost discrepancy between traditional hearing aids would still make AirPods an incredibly attractive option.

Speaking at a special event in October 2016, Tim Cook said, “We believe that if people have access to our products, they can push humanity forward, and change the world a bit in the process.” By transforming the landscape of hearing technology, Apple has the opportunity to not only make its products dramatically more accessible, but to positively change the lives of countless individuals in the same way it has done with health and fitness thanks to the Apple Watch.