HomePod Diary: How I got talked into buying one despite my reservations 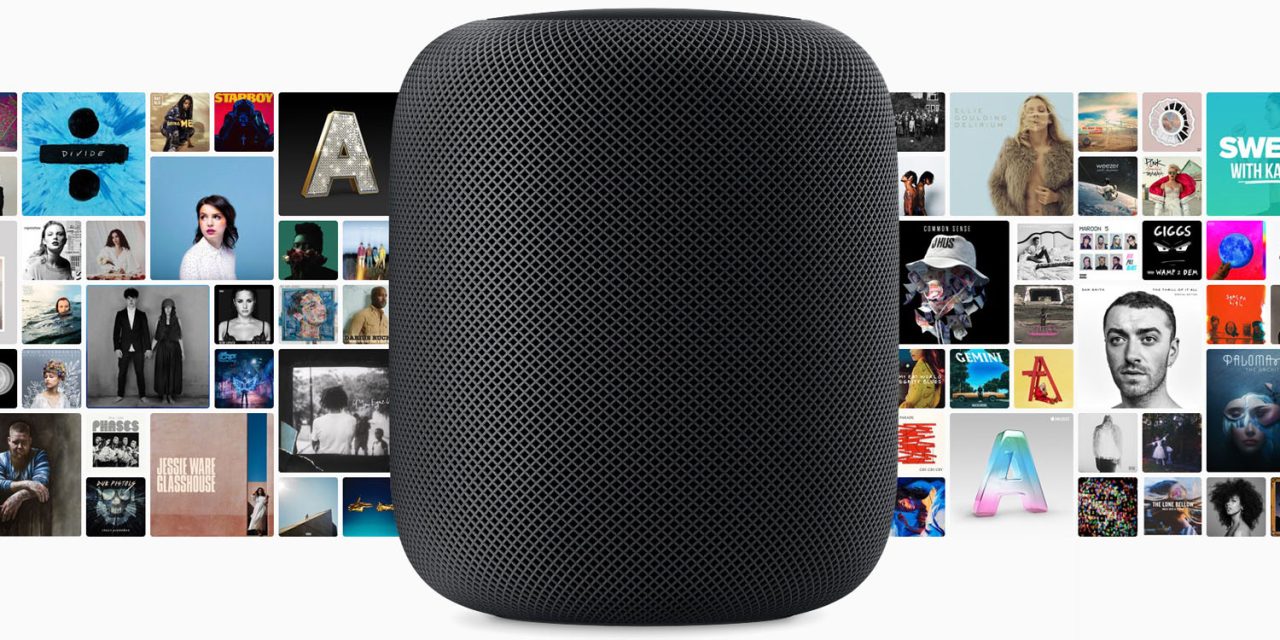 Having two audiophile friends who spend truly terrifying sums of money on their hifi systems, I’ve always said that I’m glad my ears aren’t good enough to appreciate that kind of audio kit.

However, while I wouldn’t describe myself as an audiophile, my ears do go up to the level of B&O, B&W and Naim’s lower-end speakers. Which means that I was pretty ‘meh’ about the HomePod announcement.

I’m sure Apple is right that it offers better audio than other smart speakers, but that’s not really saying much. My view was that it wasn’t going to compete with my Sonos Play 5, let alone my more expensive systems, so I was ready to pass …

However, three things conspired to persuade me to at least give it a shot. The first was my partner’s frustration at times when she wanted to control our smart home kit but had left her phone in another room.

I haven’t been able to talk her into an Apple Watch, so we’ve so far coped by investing in a bunch of Philips Hue dimmer switches, providing a physical switch option. But I’d also been planning to invest in an Amazon Echo Dot for the living-room, so that she could ask Alexa to switch lights on or off.

The second was that there are some HomeKit automation tasks that require a hub. Since we don’t have a TV, my plan there was to use an older iPad. When I got the 10.5-inch iPad Pro, I gave my 9.7-inch one to Steph, and was planning to requisition her iPad Air 2 as a HomeKit hub.

However, Zac pointed out yesterday that HomePod could instead be the hub. Since we’d get almost two-thirds of the cost by selling her old iPad, and we’d be saving another £50/$50 by not having to buy an Echo Dot, the net cost would actually be rather low. We’d be buying a HomeKit hub and voice control system and getting a speaker thrown in for a small premium.

Finally, there’s the Apple Watch Effect. Having started as a skeptic and ended up a convert, I know from personal experience that sometimes you have to try a new product category before you can know whether it’s for you.

So the plan, then, is to position a HomePod in the living-room. Living in a relatively compact apartment, it should be realistic for it to provide voice control for, effectively, three rooms: the living-room itself, the kitchen alcove and the winter garden (glazed balcony area in front of the living-room).

Oh, and it’s a speaker

I’m not sure how much we’ll use it as a speaker. We currently have a Naim mu-so in the living-room, and the HomePod certainly isn’t going to compete with that!

However, that is on long-term loan and will need to go back at some point, and my main B&O system is in the winter garden, so the HomePod could potentially be pressed into service as a speaker further down the line.

I’ll certainly try it as a speaker and see how it performs. As a minimum, I’m hoping that AirPlay 2 proves more robust than the often-flakey AirPlay 1.

Siri integration also makes sense to me from a musicology perspective. Sure, I can already ask Siri to play particular types of music, or ask for details of the track currently playing, but it feels a lot more natural to talk directly to the speaker. Apple promises that Siri can hear you even when you’re playing music full-blast, I assume using noise-cancellation technology to cancel out the music from the microphones, which also makes it a more practical option.

Given how well Apple Music has learned my tastes (I spend the majority of my time listening to For You playlists and albums), interacting directly with the speaker definitely has appeal, and I could see the potential for this to prove a killer feature.

Looks-wise, it at least seems inoffensive. I don’t have a great preference between black and white versions, but agree with others that the white grille may look grubby in time, and would be hard to clean. I’ll thus be opting for black. We saw yesterday around a third of our readers express interest in other colors, but I think for our decor, a neutral color works best.

It looks too small to really pump out much volume, but it is amazing what’s being done with relatively compact speaker systems these days. Naim, B&W, Sonos, Marshall and others have all shown just what’s possible these days. I’m at least open to the possibility that the volume won’t disappoint.

The real test, however, will be how well Siri works for HomeKit control. If it can reliably hear us across the room, I think it will stay. If it can’t, then it simply isn’t going to justify the space it takes, and will see itself replaced by an Echo Dot or two.

What about your own plans? In our latest poll, just over a third of you are buying one or more at launch, and more plan to do so when multi-room support is added. If you’re planning to buy one (or more), what’s the key appeal, and how convinced are you that you’ll keep it? As always, let us know in the comments.