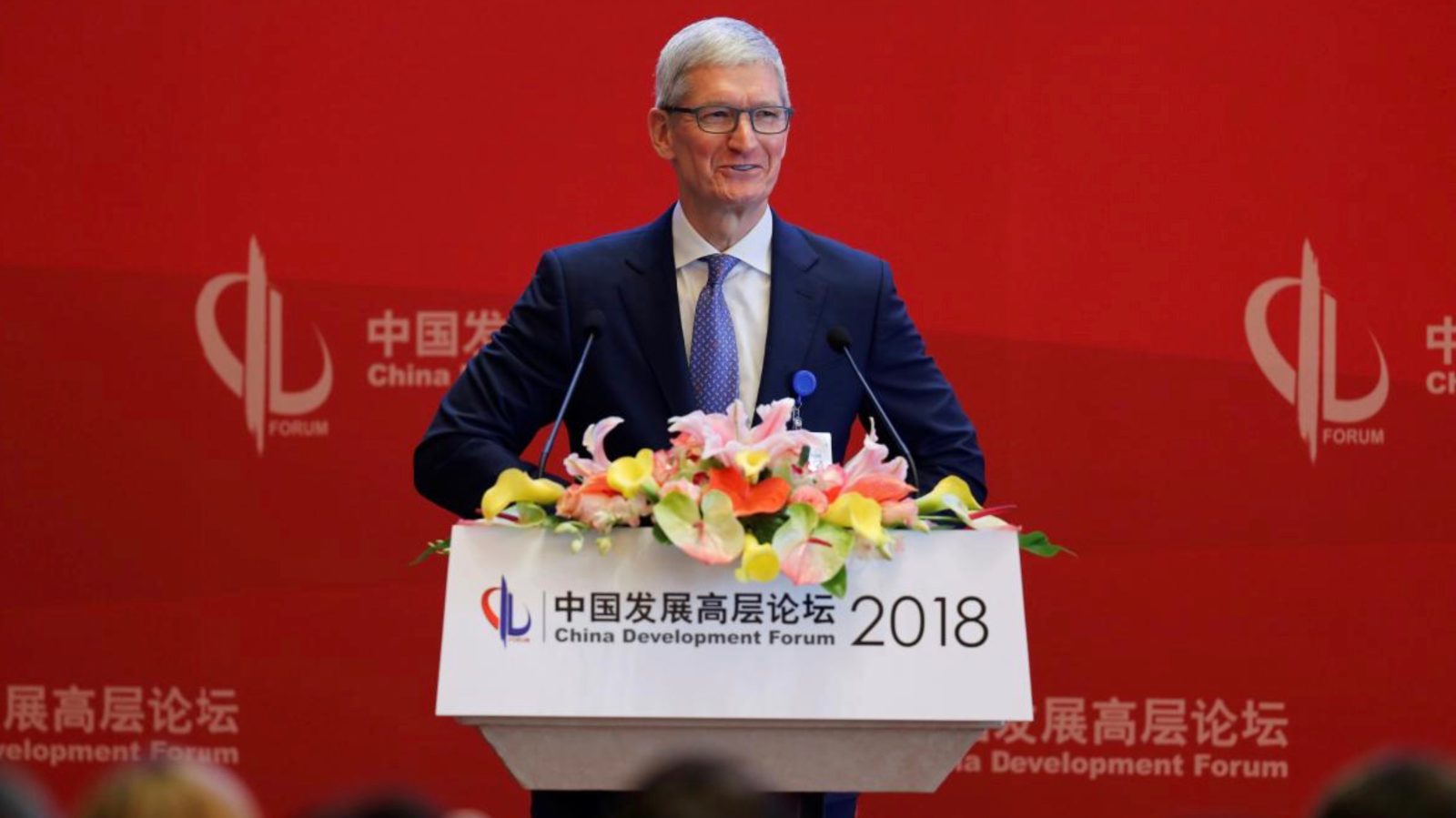 As we noted yesterday, Tim Cook is in China this weekend to serve as co-chair of the China Development Forum, which is taking place amid increasing fears of a trade war between China and the United States. Speaking at the event today, Cook said that he hopes “calm heads” will ultimately prevail…

Cook explained he’s aware that, in the history of the relationship between China and the United States, there have been instances where everyone hasn’t necessarily benefited equally. Cook hopes, however, that the leaders of both countries will be able to act rationally moving forward:

As reported by Reuters:

“I’m cognizant that in both the U.S. and China, there have been cases where everyone hasn’t benefited, where the benefit hasn’t been balanced,” Cook said.

Cook also addressed concerns about Apple’s relationship with China. Earlier this year, the company moved the iCloud data of Chinese customers to servers in China at the request of the local government. The Apple CEO said today that he believes companies like Apple should work with governments where they do business, whether they agree or not:

“My belief is that businesses should be engaged with governments in countries where they are doing business, whether they agree or disagree,” Cook said.

Ultimately, Cook noted of the benefits of everyone working together in the future. “My belief is that one plus one equals three. The pie gets larger, working together,” he said.

Cook has visited China several times over the past year. In December, he attended and spoke at China’s state-run World Internet Conference, expressing a need for humanity and privacy in the digital age. He also defended Apple’s relationship with the Chinese government, despite the fact that the company arguably faces a no-win situation in the country.