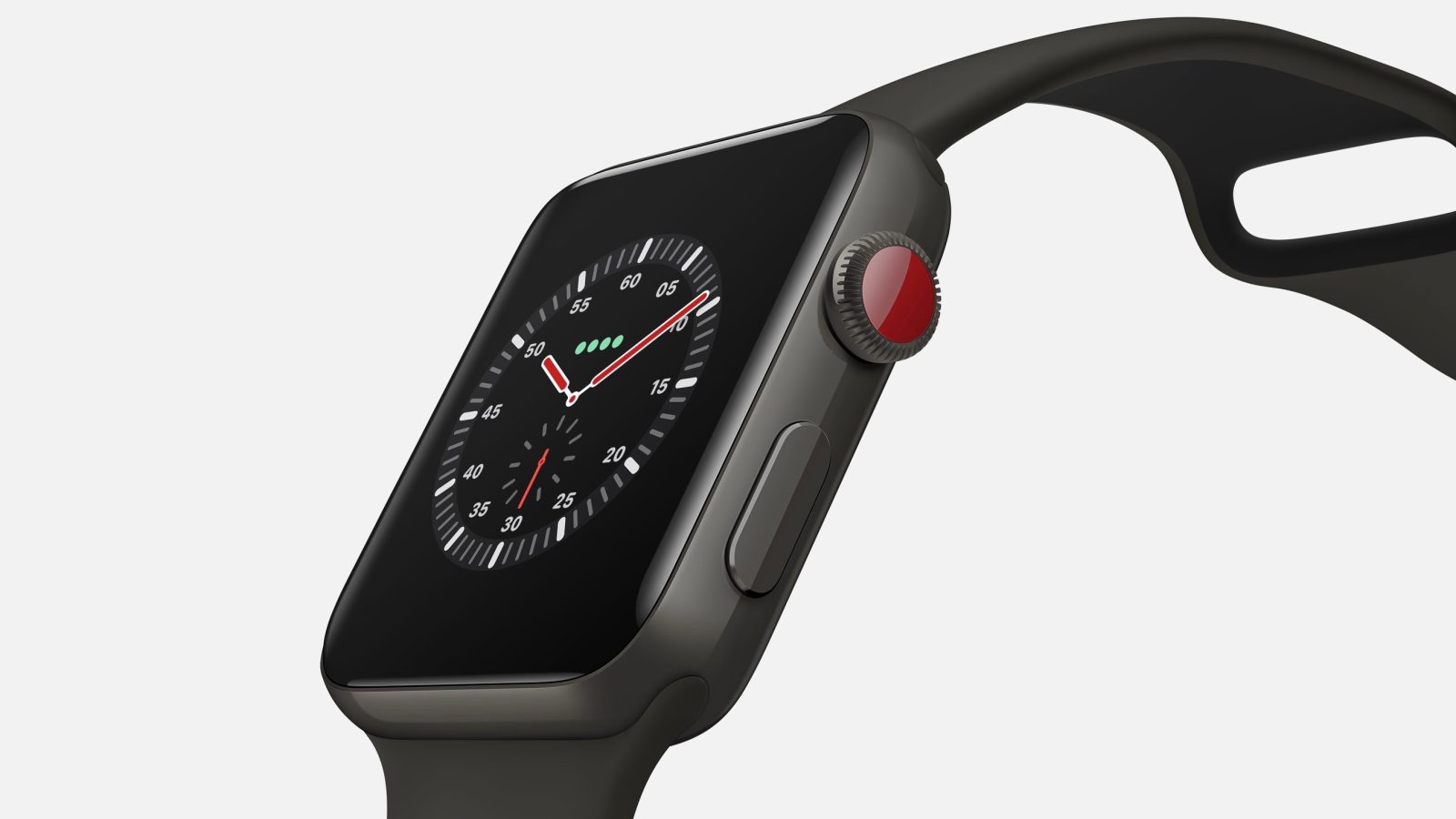 We’re just two months away from WWDC 2018 where Apple will unveil the next major versions of its operating systems, and watchOS is arguably the platform with the most low hanging fruit left to be picked. Apple Watch Series 3 is the most capable version yet with cellular connectivity and an even faster chip, and watchOS 5 can unlock even more potential with that hardware. Read on for what I’d love to see in watchOS 5:

Starting with Music and Radio streaming makes sense, but I really, really hope watchOS 5 takes the next step and adds podcast streaming. I use Apple’s Podcasts app everywhere it’s available — iPhone, iPad, HomePod, CarPlay, Apple TV, and iTunes on the Mac — and a version for Apple Watch would be fantastic. The lack of an Apple Podcasts app on Apple Watch is one of the last reasons I need to bring my iPhone on workouts.

Podcasts for Apple Watch could stream podcasts with playback positions synced between devices and optionally download episodes for offline playback (like on flights or long workouts) to save battery life — Apple Watch Series 3 with LTE has 16GB of storage and all other models have 8GB that go largely unused. Siri has long been able to control podcast playback on other devices, so this could extend to Apple Watch, and being able to play a new episode from an alert would be really convenient.

Better developer tools would be needed to enable truly great third-party podcast apps — which is why there’s no standalone Overcast for Apple Watch yet — so hopefully Apple will offer its own solution and allow developers to create functional third-party podcast players too. For now, my favorite solution with the current limitations is Outcast for Apple Watch. It works great for one-off episode requests, but it’s absolutely a stop-gap solution for now.

Audio streaming shouldn’t stop at podcast playback either. More audio sources like audiobooks from iBooks (and other services) would be extremely welcome. If you get deep into an audiobook and want to go for a run today, you’re bringing your iPhone with you despite LTE connectivity in Apple Watch Series 3.

Apple introduced a really useful watch face in watchOS 4 called Siri that includes a vertically scrolling carousel of data tiles from various sources like Calendar and Weather. It’s the most dynamic watch face in terms of presenting relevant information when you need it, and watchOS 4.3 recently made it smarter by adding Activity and Music as new data sources so you can view your Activity rings and see playlist updates.

You can even toggle off specific data sources (like News and Stocks for example) from the Watch app on iPhone, but you can’t add third-party data sources yet. The Siri face does let you add up to two complications which can be from third-party apps, but these are more permanent and can’t be presented in the timeline. 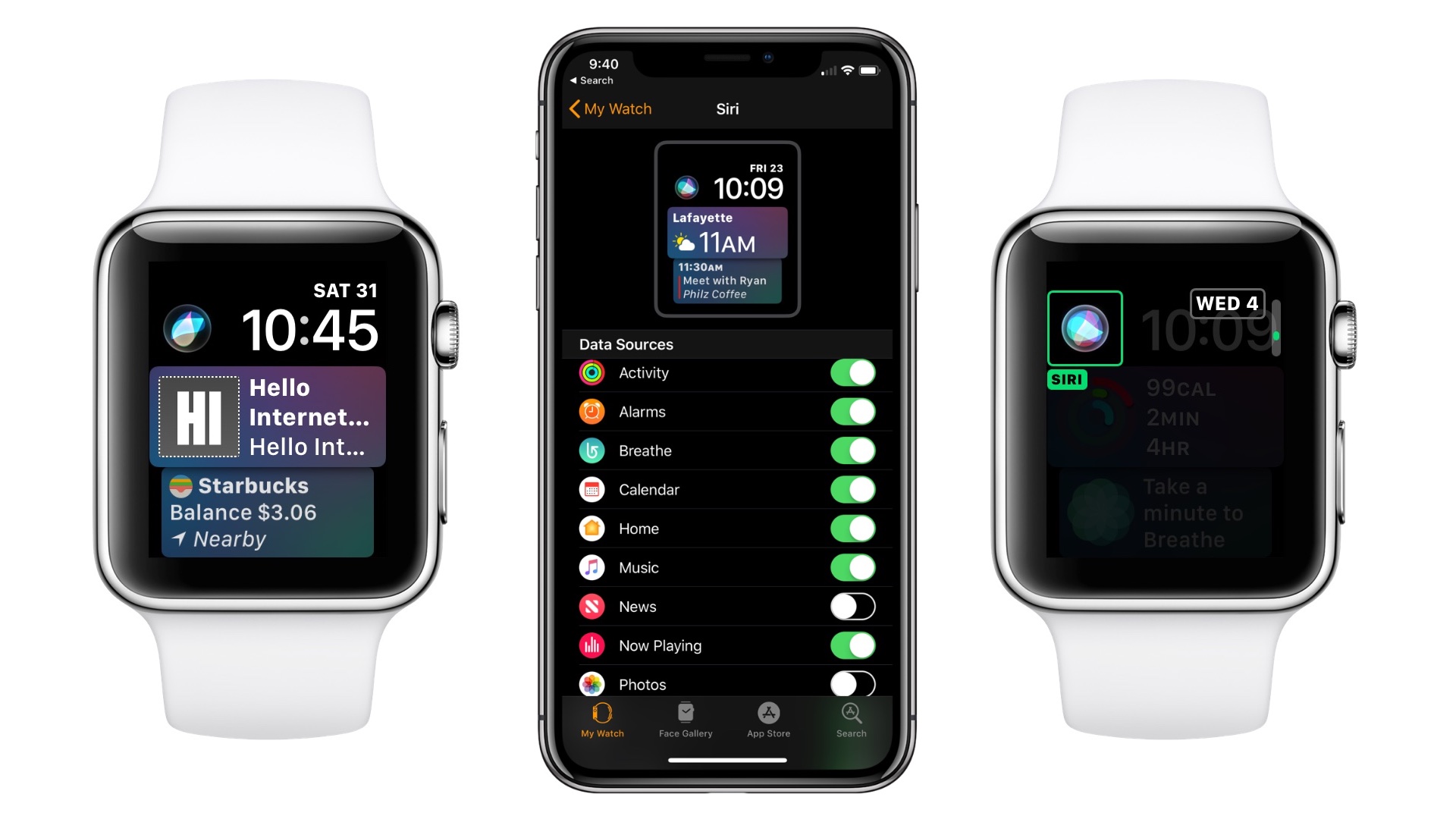 Opening the Siri watch face to third-party apps would be a huge hit. I would love to see remaining tasks left in Things presented throughout the day for example. I’d also like to see the Siri watch face put recent notifications in the timeline view. When I miss an alert on my Apple Watch and see the red dot above the Siri watch face, swiping down to view the alert in Notification Center feels like something that the Siri face should present on its own.

Something else unique to the Siri watch face is the special Siri complication. It doesn’t do anything fancy — it just activates Siri with a tap instead of saying Hey Siri or holding the Digital Crown — but it could be useful on other watch faces.

Also worth mentioning is something Benjamin Mayo and I discuss on 9to5Mac Happy Hour after every watchOS update: the Siri waveform was responsive in watchOS 1, but it’s been a canned animation since watchOS 2 for unknown reasons. Maybe, just maybe, watchOS 5 will restore the responsive Siri waveform.

Control Center on watchOS originated as a Settings glance before the whole concept of glances was replaced by faster loading apps with glanceable launch screens in the Dock. Since then, Apple has tied all Control Center toggles to the swipe up screen from the watch face, but the ever-expanding list of toggles is anything but glanceable now.

There are two issues with the current Control Center today: there are 11 tiles on Apple Watch Series 3 with LTE, and five of those tiles require scrolling to see. What started as a flick up and tap is now a flick up, hunt, scroll, hunt, and tap. Slightly less convenient.

New tiles are regularly added through watchOS updates and in some cases rearranged which makes it harder to form muscle memory of what control is where, and important controls like muting alerts and switching audio sources are buried under arguably less important toggles. 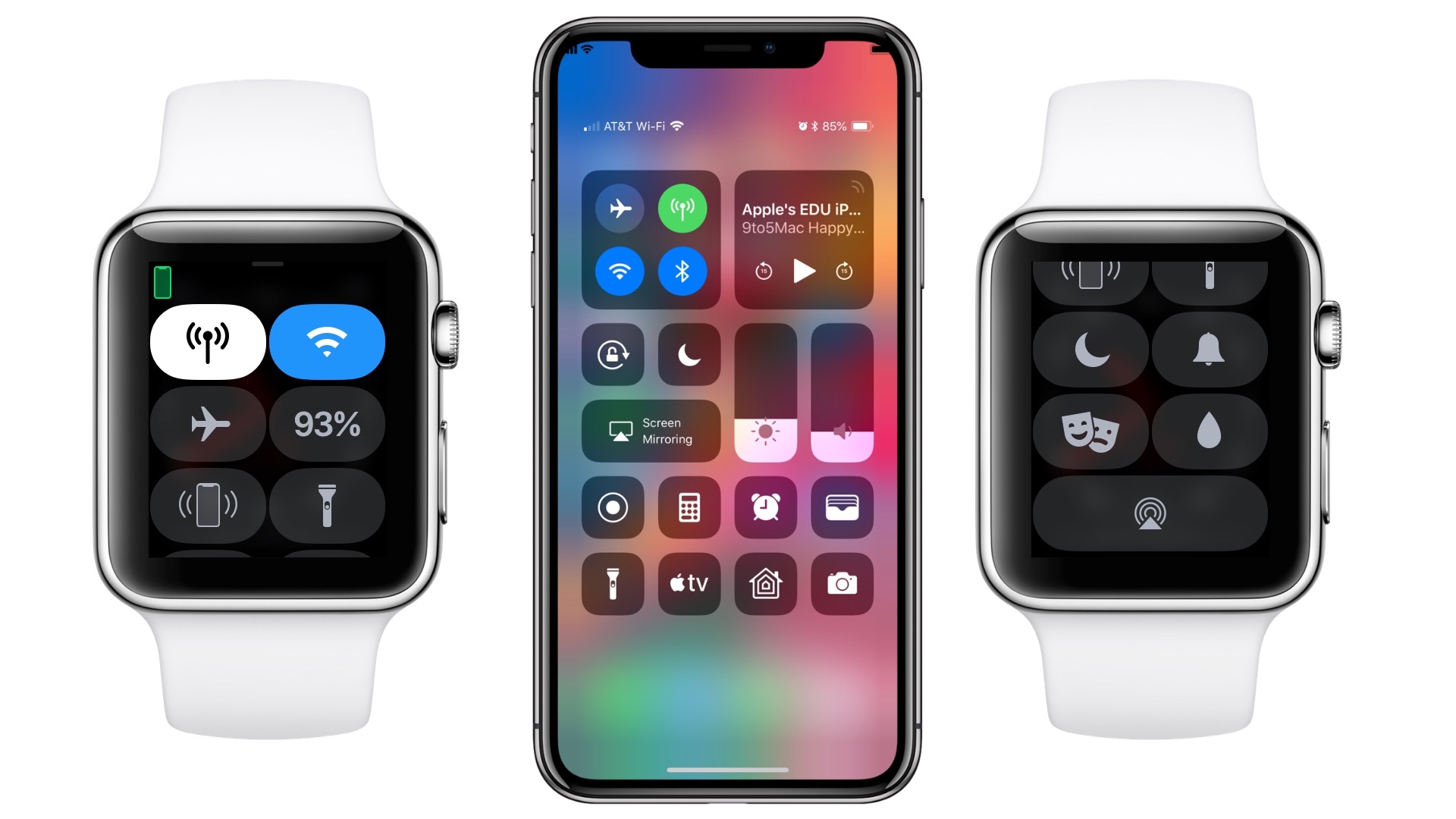 In watchOS 5, I’d prefer an option to rearrange these toggles similar to what iOS 11 offers for Control Center widgets on iPhone and iPad. I would much prefer to have AirPlay and mute further above battery percentage and ping my iPhone, but another user may have different priorities, so customization would be welcome.

Rethinking the layout entirely could also go a long way. A denser layout like the original three button version in watchOS 1 could eliminate the need to scroll for most buttons, and rethinking separate buttons for some actions could further improve Control Center’s glanceability.

Of course there are loads of other changes and new features that would be welcome on watchOS. Last year’s request for a Notes app still stands, Calendar still needs a year view, the state of third-party apps proves developers need new tools and incentives, and third-party watch faces remains an opportunity.

I loved Matt Birchler’s watchOS 5 concept with new watch face layouts, an ambient always-on display, and built-in sleep tracking too. Apple bought Beddit nearly a year ago and we haven’t seen the result of that acquisition yet.

Other grab bag requests include the ability to change tones for alerts like on iOS (something I’ve missed since day one), the ability to sort email into folders on the Mail app (my trick to maintaining a manageable inbox), the LTE indicator on the Explorer face as a complication for other watch faces, and —since Apple Watch Series 3 includes untethered calling — the ability to use other apps on Apple Watch during a phone call.