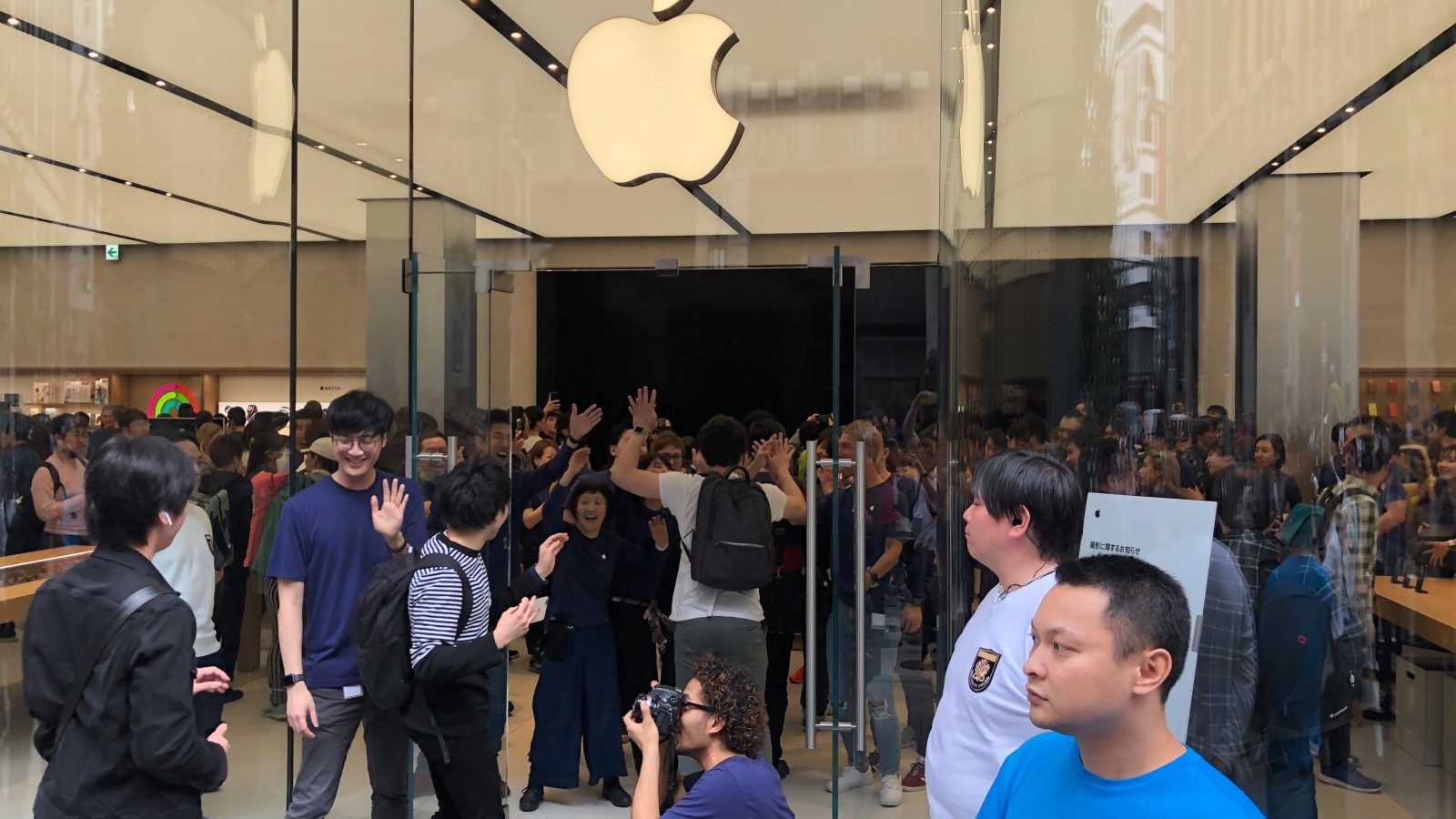 Update: Tim Cook and Angela Ahrendts have posted congratulatory messages on Twitter. Photos have been posted on Apple’s Newsroom.

Located in one of Tokyo’s most distinguished shopping districts, Apple Shinjuku occupies a highly visible first floor space in the Shinjuku Marui Main Building, where a 37-meter glass facade with curved edges illuminates the street outside. Several hours before Saturday’s 10 a.m. opening in Tokyo, Apple fans lined the sidewalk outside the store, which has been landscaped with Longstock Holly trees sourced locally by Apple.

Over three hours prior to the store’s opening, an estimated 200+ people were already lined up to be among the first to see Apple Shinjuku, Japan’s first retail location to offer a space designed from the start to host educational Today At Apple sessions, complete with a 6K video wall. Outside, fans were given bottled water while they waited, and asked to sign a photo release on specially provisioned iPads which were distributed by employees wearing custom photo staff shirts. The first guests inside also received complimentary t-shirts and enamel pins decorated with a neon-themed Apple logo, a cultural reference to Tokyo’s bright city streets.

By the time employees opened the doors and gave high fives to the store’s first customers, around 500 people were estimated to have lined up to see the store, with a queue stretching the length of the building and winding for three floors below. Unverified reports claimed the line may have reached closer to 1,000 people.

Earlier this week, Apple provided members of the press with an exclusive tour of the store prior to its public opening, posting teaser photos and a statement from retail SVP Angela Ahrendts, who expressed the store’s importance in expanding Today At Apple initiatives in Japan. Earlier, Ahrendts mentioned that more retail stores are planned for the country in coming years, all of which which share the modern design seen at Apple Shinjuku.

“It was a few minutes before the opening, (heart rate) was increasing.”

In March, Apple began promoting their newest space with a large neon-style sign obscuring the store’s entry. While the sign has since disappeared, branding throughout the store reflects the same theme, down to special desktop wallpapers set on every display Mac.