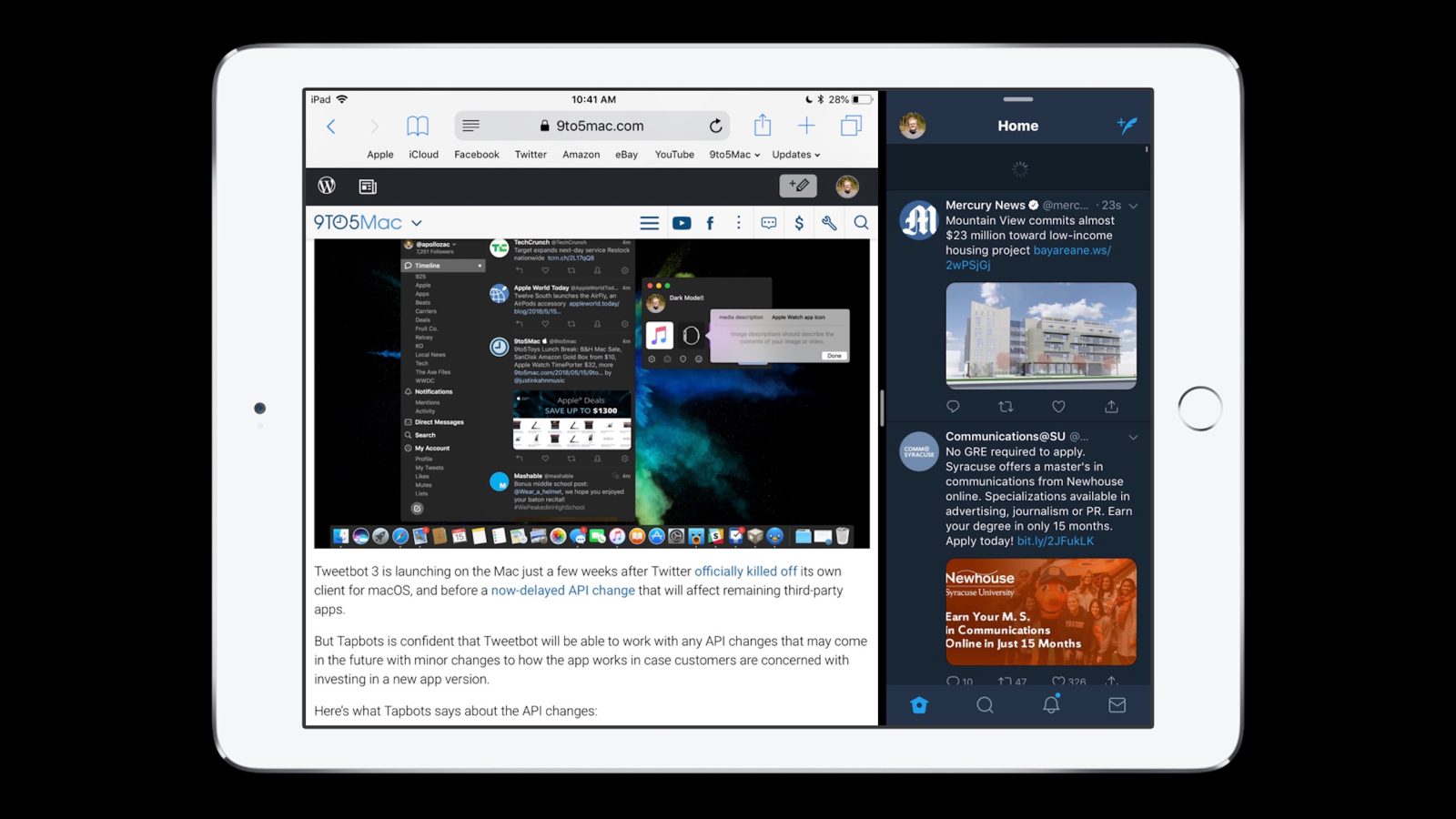 It wouldn’t take much for me to be okay with Twitter’s official app — the place where it clearly wants users. I don’t mind seeing ads, especially if they help the service keep running, and the iOS app has modern features like 3D Touch, Split View, and even dark mode.

Timeline streaming is what keeps me in third-party apps like Tweetbot though. It’s a feature I consider crucial to how the service works…

Streaming is a feature that brings Twitter to life. It moves the timeline from a pull-to-refresh model that feels static to a real-time update model that makes the service feel alive.

If my Twitter timeline stops updating with new tweets on my Mac, that’s a good indication for me that my Internet is down. Twitter CEO Jack Dorsey says it wants ‘that feeling of electricity’ in its clients — streaming helps!

The feature lets you browse the web, write a document, or multitask however you want with Twitter updating in real time in its own column without requiring manually refreshing.

Twitter supports streaming on the Mac with its TweetDeck client —  it’s just not as smooth as Tweetbot’s version in my experience. If Tweetbot loses the ability to stream in the future, I’ll rely on TweetDeck (which is really a different kind of app) to continue using my timeline to follow breaking news.

Streaming was also supported on the now-defunct official client for Mac, but Twitter hasn’t offered it on iOS. Third-party apps do.

While I’d love to see Twitter revive and support its Apple Watch and Mac apps and design a better iPad app, it is timeline streaming that best provides the utility in the service for me. Twitter without timeline streaming kind of isn’t Twitter anymore.

If you’ve only ever used Twitter on iOS with the official app, you’re really missing out on a version of the service that exists elsewhere.