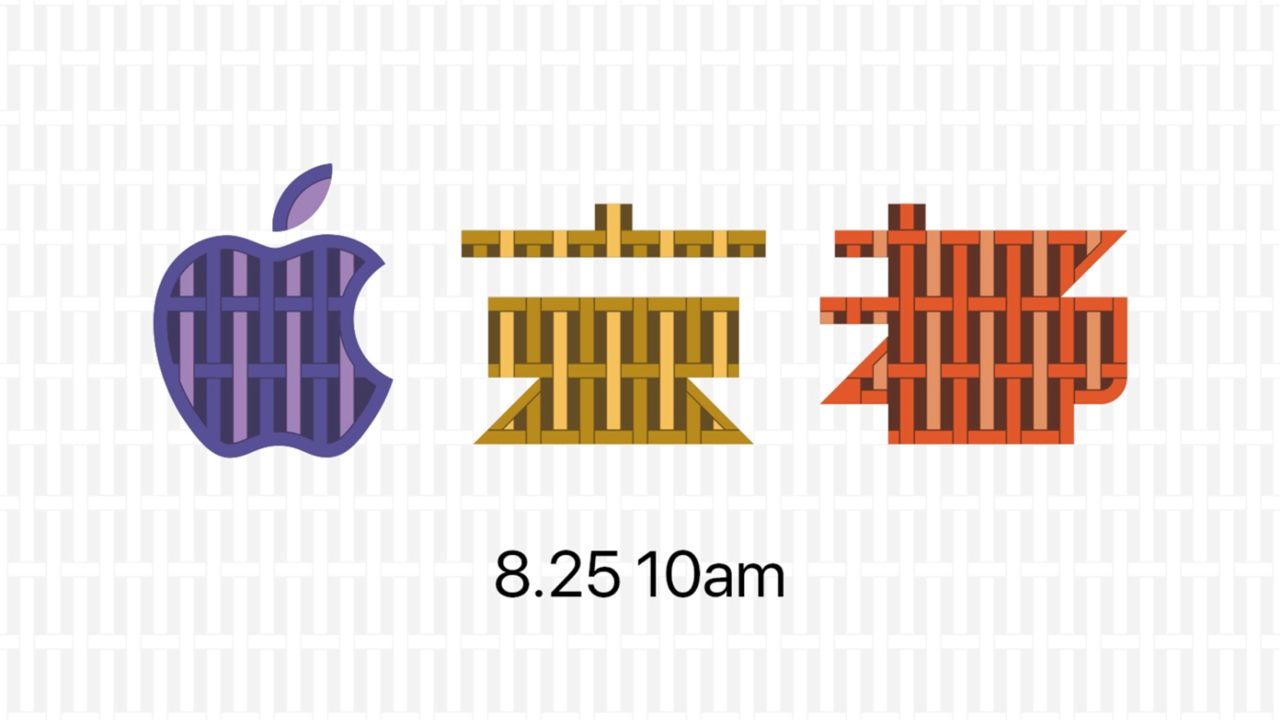 Today in Japan, Apple previewed the upcoming grand opening of their newest retail store. Located in the city of Kyoto, the store will be the company’s 504th location worldwide and ninth operating in Japan.

Kyoto’s Shijo Street is a commercial and retail center, home to many luxury shops and retailers including the upscale Daimaru department store. Steps from Daimaru is Kyoto’s Zero Gate, a branch of the shopping complex chain owned by retailer Parco. Apple will occupy a large space on the corner of the first floor of the building, which first opened in November 2017. A short distance from the Karasuma train station, the storefront will receive generous foot traffic directly below the Hankyu-Kyoto Line.

Overnight, Apple stripped construction barriers and scaffolding away from the building, revealing a covered Apple logo teasing the store’s arrival over a curved glass facade. An intricate lattice-cut pattern resembling woven bamboo – a traditional craft in Kyoto, covers the signage. We first saw hints of Apple’s Kyoto store in March, after an interview with retail SVP Angela Ahrendts shed light on Apple’s five-year plan for Japan. In conjunction with the opening of Apple Shinjuku, images on Apple’s retail site – one matching the design of today’s banners – indicated the arrival of two more stores before the end of 2018.

This morning, Apple also began promoting games made in Kyoto with a new App Store Today story. Apple Music Japan’s Twitter account featured a musician living in Kyoto, and a Kyoto playlist is now available. On the store’s official webpage, a celebratory wallpaper is available for download accompanying a fun new animation (below). Apple calls the store an intersection of ideas and creativity.

Kyoto’s store will bring the Today at Apple experience to a region of Japan until now underserved by Apple stores. Customers in Kyoto currently must travel to Apple Shinsaibashi in Osaka for first-party support, nearly an hour away by car. Apple’s most recent store in Japan opened in April in Shinjuku, and marked the first location in the country to feature modern store design elements including a video wall. Shortly after Shinjuku’s opening, Apple’s last pop-up Watch shop closed across the street.

Rumors of an Apple store in Kyoto have been floated since at least August 2017, when Macotaka reported that Apple had begun hiring for retail positions in the city. Photos taken last December at Kyoto Zero Gate detailed construction of the rumored location, showing a curved glass wall peeking above tell-tale blank construction barriers. Signage on the building listed a construction completion date by the end of August. 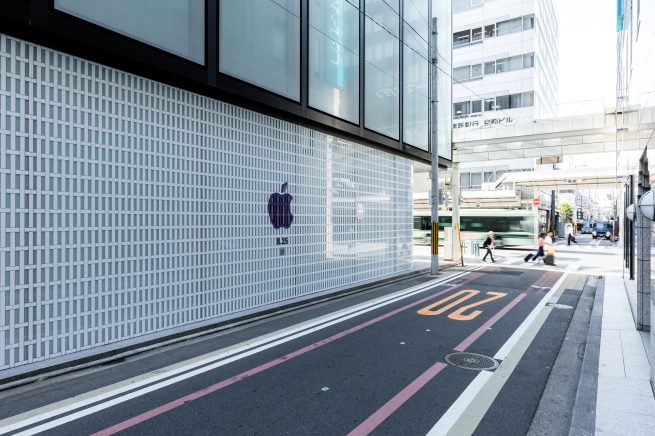 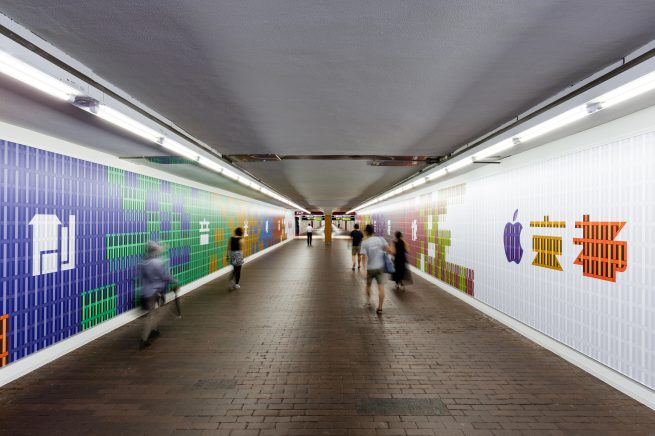 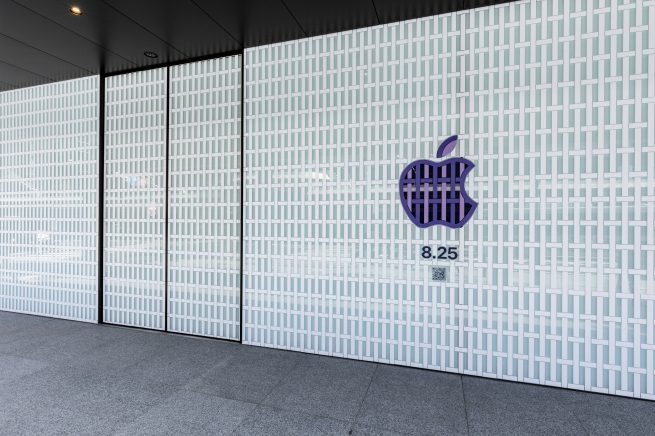 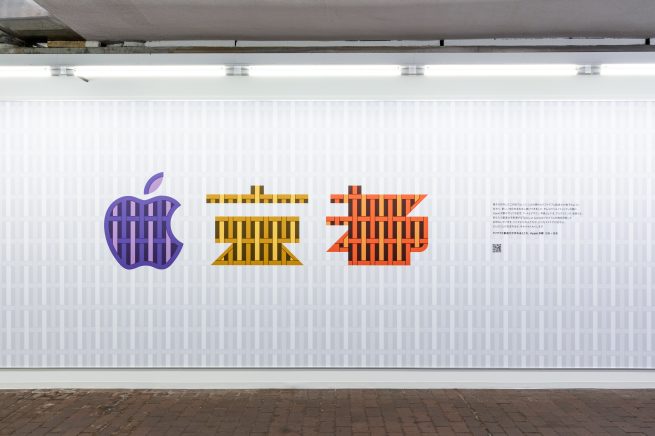 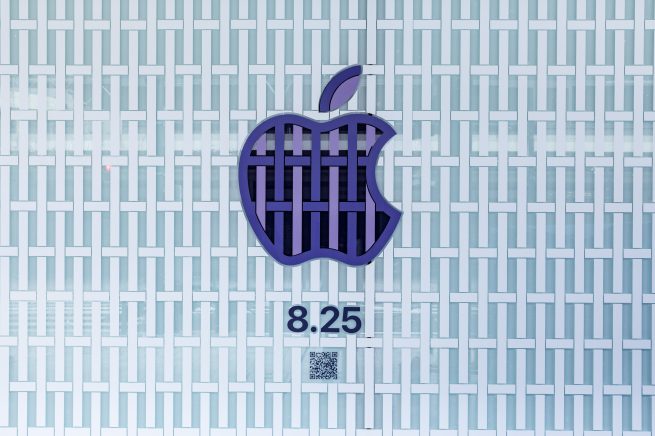 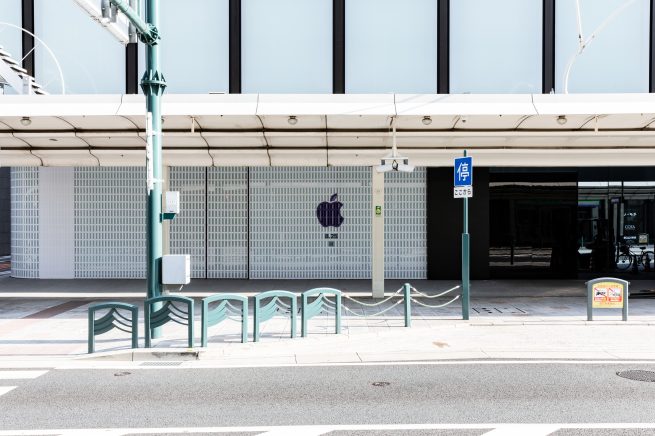 Apple most recently celebrated the opening of a spectacular new global flagship store in Milan, Italy. Several more store completions are planned before the end of 2018, including the restoration of Washington D.C.’s historic Carnegie Library. Stay tuned to 9to5Mac for more details about Apple’s first store in Kyoto, and follow along with our comprehensive guide for more retail news.