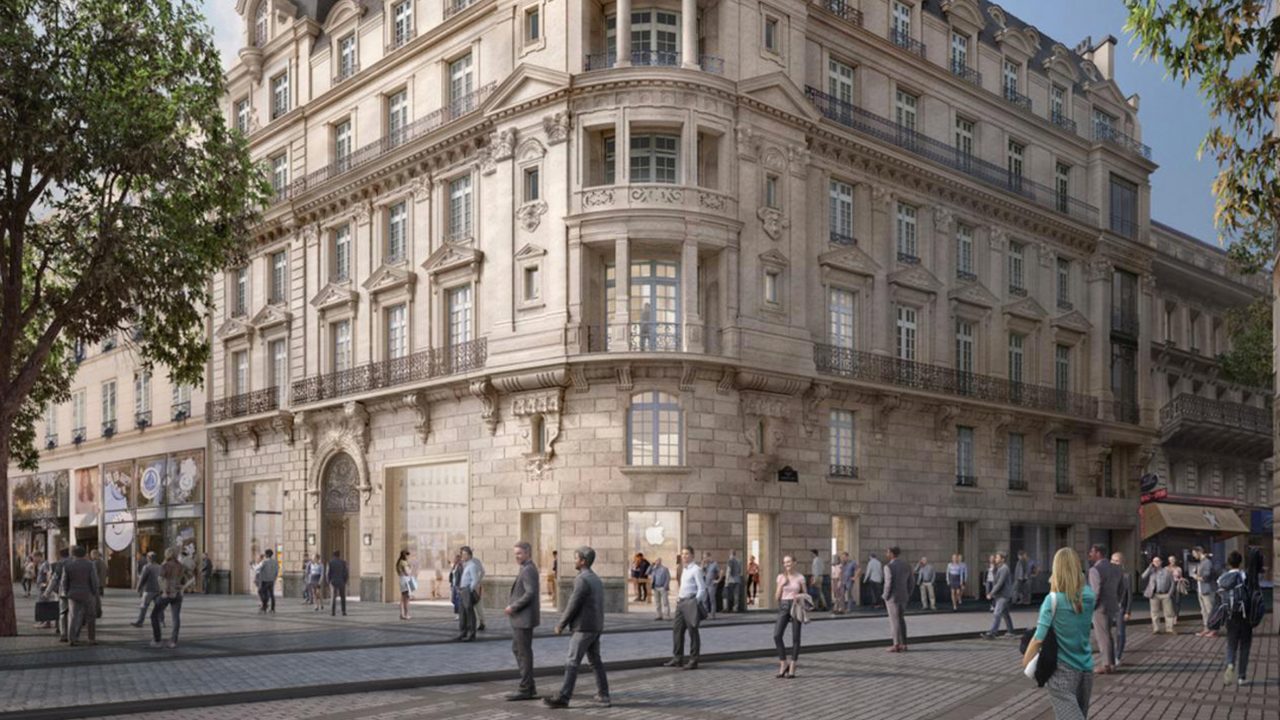 Apple’s upcoming global flagship store on the iconic Champs-Élysées in Paris is nearing completion. According to a new report from French publication La Chaîne Info, Apple has loosely confirmed that the location will open during November. Preparation at the site has been closely guarded for over a year.

Speaking at Steve Jobs Theater last September, retail chief Angela Ahrendts displayed a render of the building’s proposed renovations, showing changes that expand former tenant J.M. Weston’s street-level windows while preserving the building’s character. Inside, the structure had been heavily modified over the years. Apple has completed significant renovations themselves. Ahrendts mentioned that the building’s 5-story atrium was to become Apple’s largest forum. Other floors of the building will be dedicated to Apple offices.

Perhaps just as significant as the new store are Apple’s plans to close its notable location at the Carrousel du Louvre shopping mall. Upon opening in November 2009, the store was Apple’s first in France, and significant for its underground positioning at the foot of I.M. Pei’s Inverted Pyramid. According to LCI, Apple will offer staff from the Louvre store positions at Champs-Élysées as it seeks to recruit over 200 retail employees. 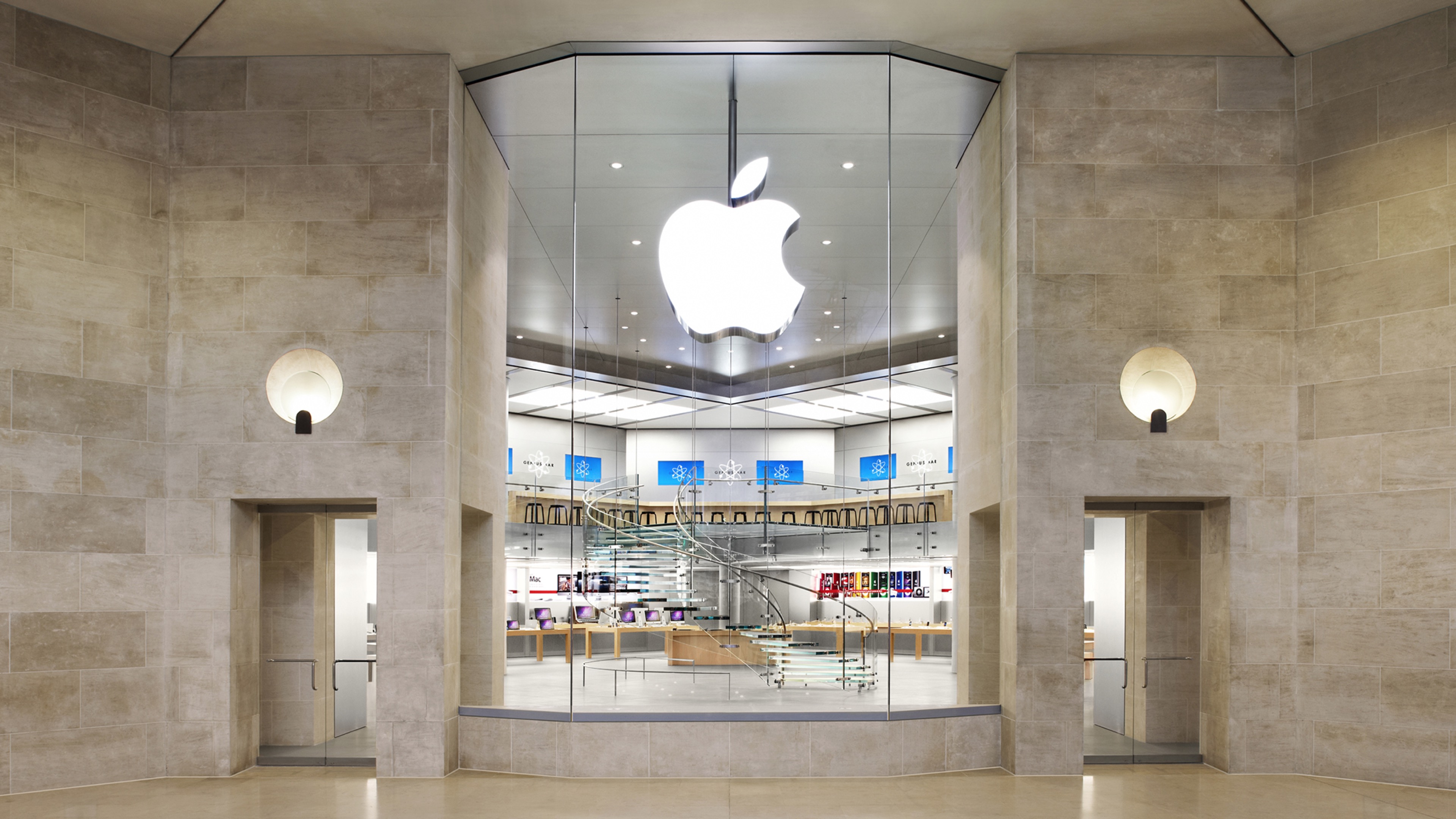 While it welcomed over 12 million visitors since 2009, the Louvre store has increasingly found itself at odds with Apple’s modern store design. The indoor positioning and odd floor layout make it difficult to adapt to a video wall and community forum for Today at Apple sessions without significant restructuring. It’s likely that Apple felt the investment was unwarranted for a store that no longer matches its retail ideals.

We first heard about Apple’s plans for Champs-Élysées at the beginning of 2016, when the company had reportedly signed a 12-year lease. In January 2017, it was reported that Apple was moving ahead with construction under the guidance of Foster + Partners, indicating the store’s magnitude. Throughout the construction process, several photos have revealed exterior work underway, shrouded by black fencing surrounding the store. In early February, it was reported that the entire building was in talks to be sold, with the seller seeking $864 million. A revised agreement was reached later in April.

Over the weekend, Apple also began hiring for a second retail store in Singapore, specifically in the eastern region. Since opening Apple Orchard Road in May 2017, rumors have circulated about a second store possibly coming to the in-progress Jewel Changi Airport. No solid plans have confirmed the speculation.