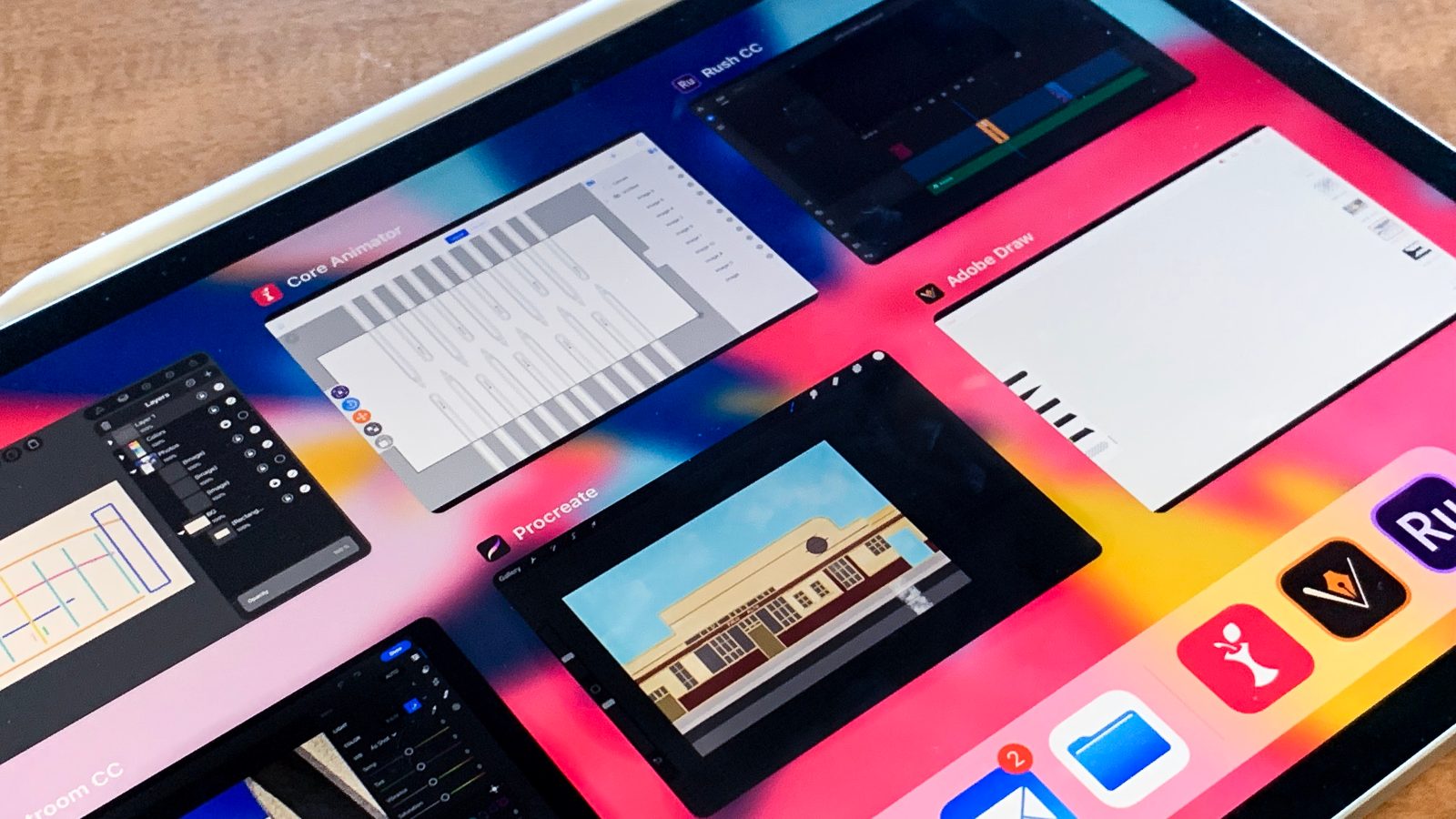 Every year, iTunes gift cards are one of the most common gifts, especially if you’re a techie and people never really know what to get you. Even though the payment model of iOS apps has changed dramatically over recent years, you can still put those iTunes and App Store gift cards to good use – whether it’s for one-time app purchases or in-app purchases.

If you’ve put off buying something for the Apple fan in your life until the last minute, Amazon still has App Store and iTunes gift cards available with e-mail delivery. You can even get a $50 card for $42.50 when you use the code APP750 at checkout.

If you’ve already gotten an iTunes gift card from someone this year, but have no idea what to spend it on, have no fear. Here are the 10 best iOS apps, including games, utilities, and more, to buy with your brand new iTunes gift card. 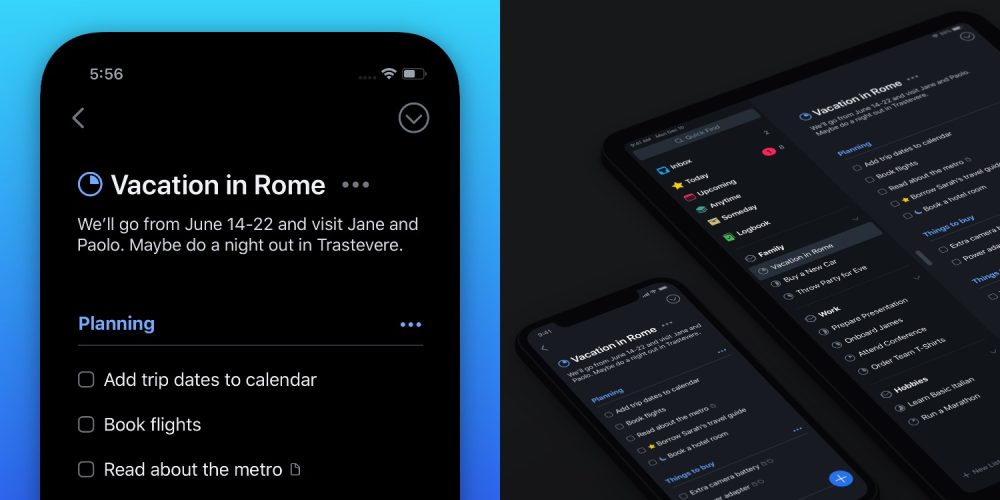 In the iOS world, task managers are a controversial topic and everyone has one that they think is better than the others. For me, that app is Things by Cultured Code. It’s one of the most beautiful and easy to use iOS apps and it just got even better with an all-new customizable dark mode earlier this month. 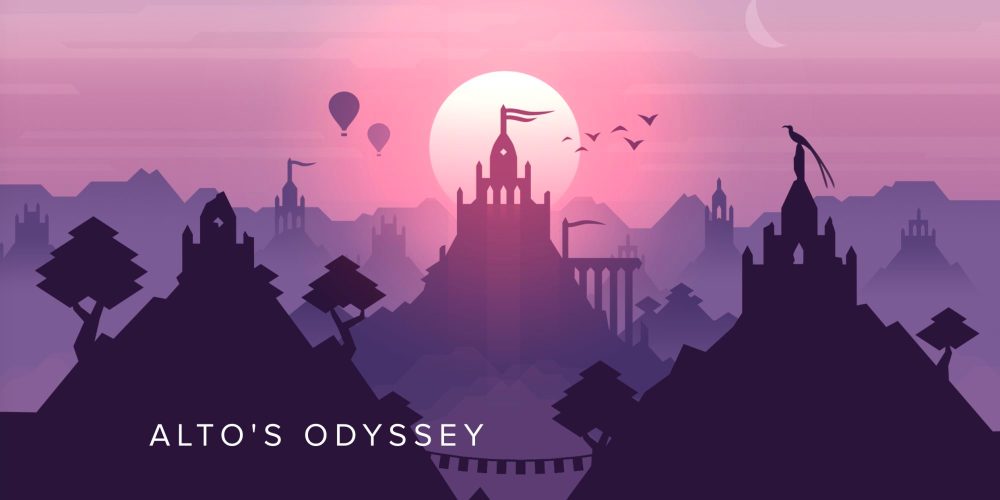 If you’re looking for something a bit more fun to spend your gift card on, Alto’s Odyssey is one of the best iOS games of all-time. It was released earlier this year as a follow-up to Alto’s Adventure and it’s an engaging and beautifully designed endless runner that truly excels on the iPhone XS and new iPad Pro. 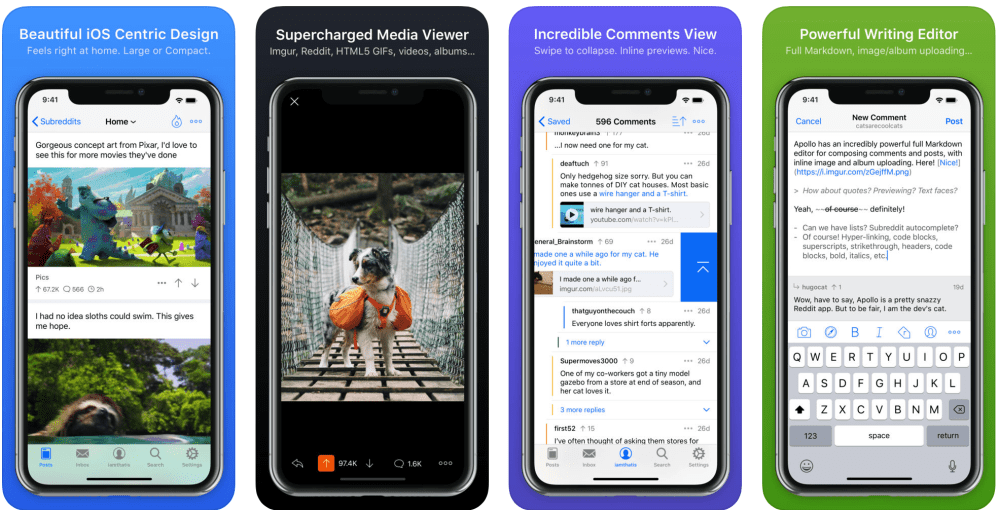 Next on my list of best iOS apps is Apollo for Reddit. Apollo is hands-down the best app for Reddit on iPhone and iPad, with an incredibly powerful interface and comments view, full media support, and much more. While some Reddit apps feel out of place on iOS in terms of design, Apollo for Reddit fits right in. 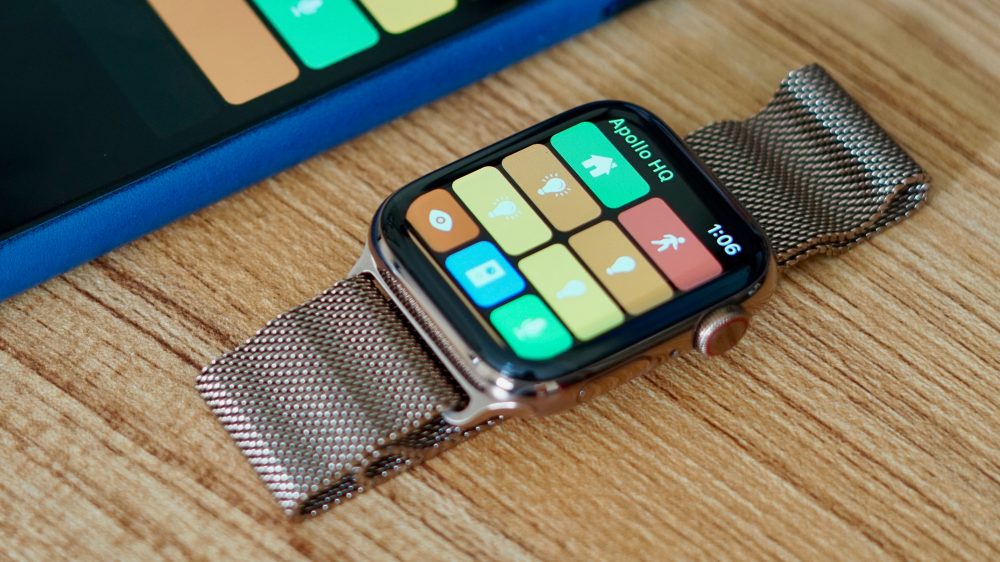 If you’re a HomeKit user with an Apple Watch, HomeRun is something you need to add to your setup. As we wrote in our full coverage last month, HomeRun is the best way to run HomeKit scenes from Apple Watch.

The app just got even better with support for creating custom complications. The built-in Home app on Apple Watch is a bit underwhelming, but HomeRun fills those gaps and then some. 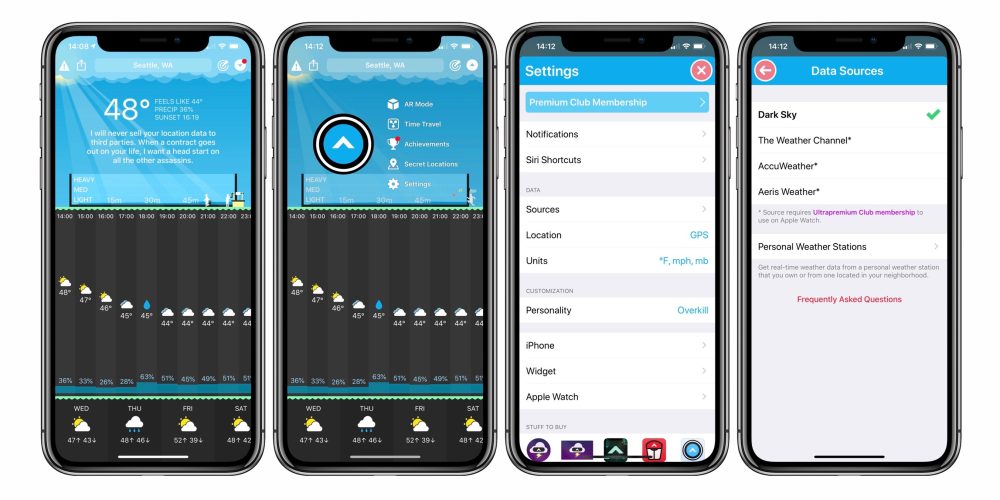 If you’re looking for a high-quality weather app with a touch (or more) of personality, Carrot Weather is it. With features like Siri Shortcuts integration, rain predictions, animated weather maps, and an Apple Watch app, Carrot Weather is one of our favorite iOS apps here at 9to5Mac.

Donut County is a game I wasn’t familiar with until it made Apple’s best apps of 2018 list, and since then I’ve really enjoyed it. Donut County is a mindless, story-based physics puzzle game that imagines a world where raccoons have taken over. It’s somewhat hard to explain, so watch the video above for a closer look.

Donut County is a $4.99 download on the App Store. 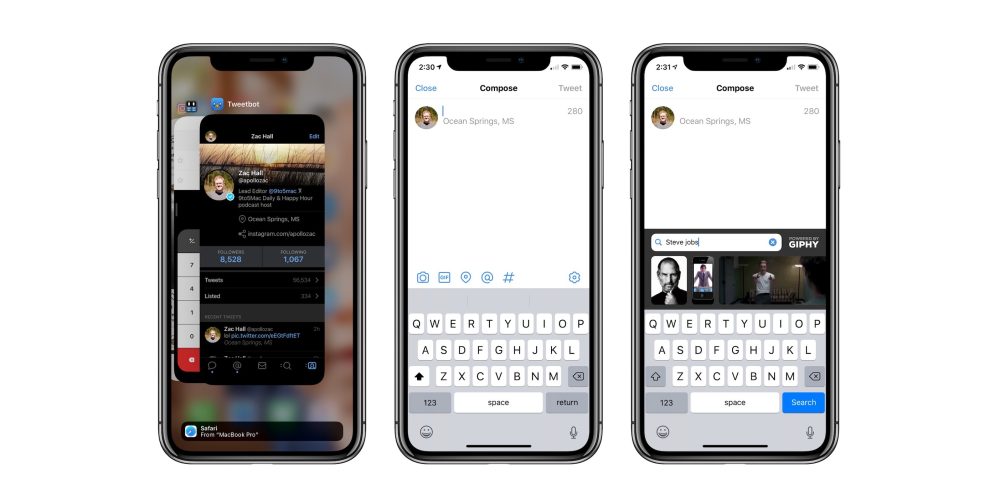 Even though Twitter has tried its best to hurt third-party Twitter clients, Tweetbot remains my go-to choice on iOS. With new support for features like themes and GIF sharing, Tweetbot for iOS continues to get better with time and it’s still one of my favorite iOS apps of all-time. 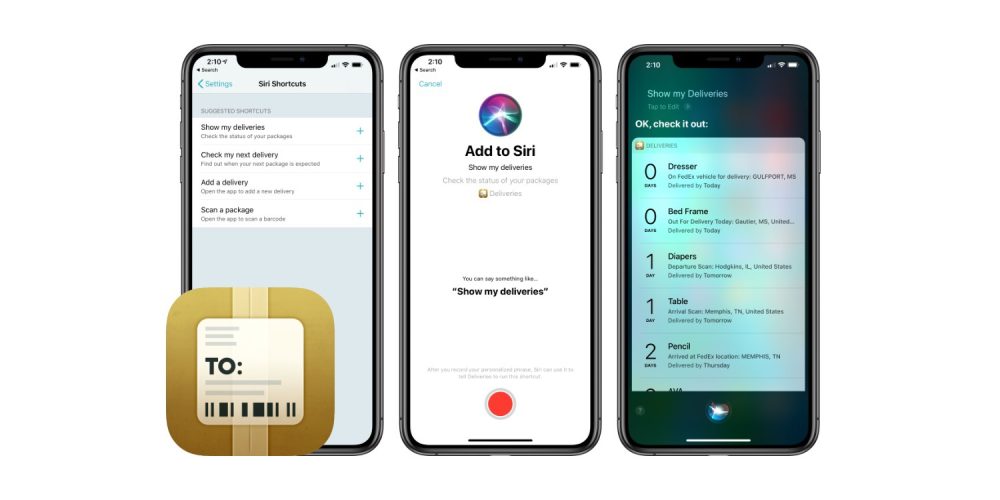 If you receive or send a lot of packages, Deliveries for iOS is a must have application. It allows you to see all of your packages across different shipping companies in a single, easy to use interface. Deliveries was recently updated with Siri Shortcuts integration, as well, and it’s one of the best implementations of the functionality I’ve seen so far.

Desert Golfing has been one of my favorite indie games on iOS for a long time. Despite having played it for years, I never get tired of it and its incredibly simple, yet tricky concept. If you’re looking for a simple game to help pass the time, Desert Golfing is a great choice. 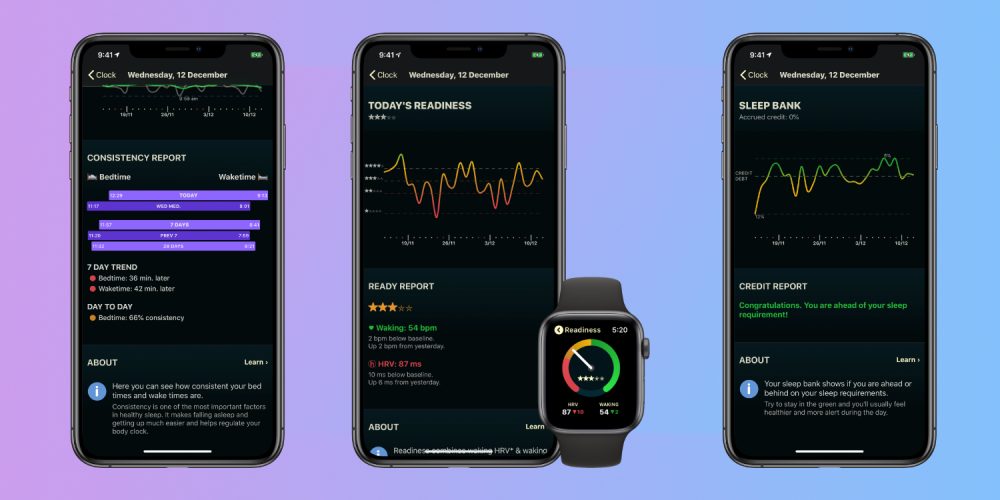 Last on our best iOS apps list is the sleep tracking app AutoSleep. If you’re looking to start 2019 with the resolution of improving your sleep quality, AutoSleep is the way to go. It supports Apple Watch tracking and was recently updated with a brand new interface and much more.

These are only some of the best iOS apps to download with your new iTunes gift card. One of the best things about iOS is its abundance of third-party apps, utilities, games, and more. Have additional recommendations? Let us know down in the comments. Also, keep in mind iTunes gift cards are good for movies, TV shows, music, Apple Music, and more.