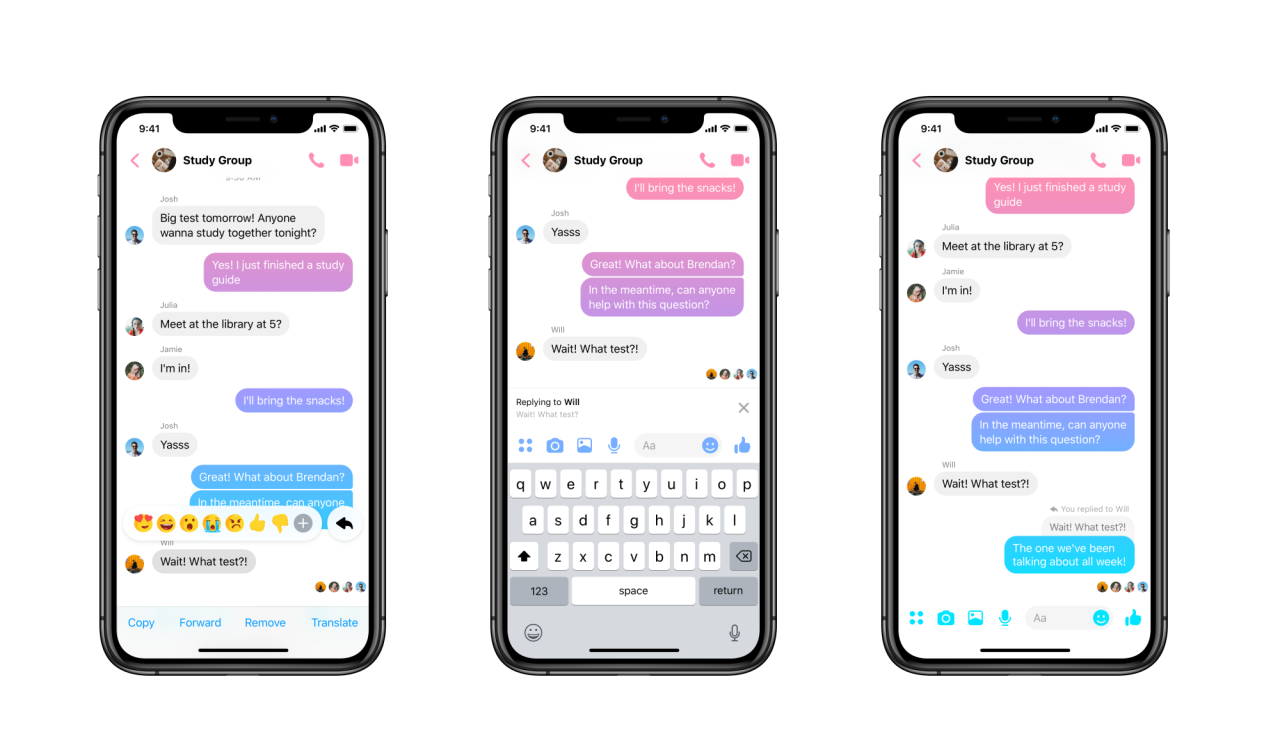 Facebook Messenger is adding support for what it calls “message replies.” Essentially, this feature allows for threaded messages, giving you the ability to reply specifically to one message without cluttering up the full message thread.

To access the new message replies feature, you simply long-press on a message and tap the new reply icon. From there, your response will be sent and directly attached to the original message. You can respond with text, GIFs, videos, images, and emoji. The update was first noted by VentureBeat.

Just how useful this feature is remains to be seen, but it could certainly help in group messages where it’s easy for communication to become cluttered. Ideally, this message replies feature will make it easier for everyone to tell what you’re responding to. In terms of design, it looks a lot like a “quote tweet” on Twitter.

Facebook is putting an increased focus on its messaging platforms, with the eventual goal of merging threads from WhatsApp, Instagram, and Messenger. Earlier this year, Facebook updated the Messenger design with a focus on de-cluttering the interface. Just a few weeks ago, Facebook also started testing a Dark Mode interface in Messenger.

The new feature is rolling out today. Facebook Messenger is available on the App Store for free.