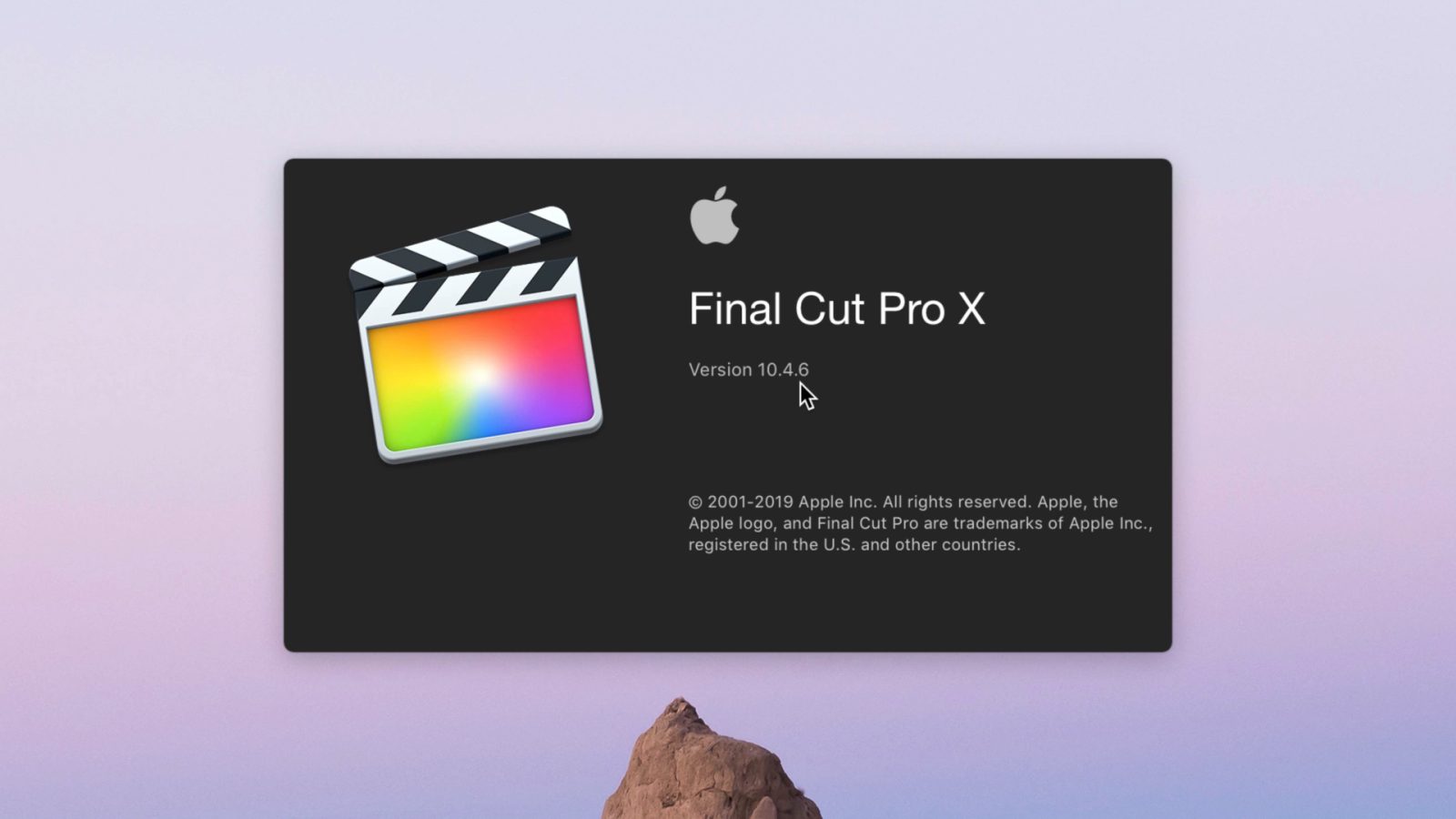 Apple has released the latest version of Final Cut Pro X, version 10.4.6. The update is dominated by stability improvements and bug fixes, but it also contains one major new feature pertaining to future versions of macOS. Watch as we explain what that means for current Final Cut Pro X users.

The feature that should concern Final Cut Pro X users, especially longtime users of the software and those who migrated from Final Cut Pro 7, has to do with legacy media.

As 9to5Mac’s Chance Miller reported today, Apple updated its Final Cut Pro X support page to detail the process for converting legacy media to ProRes in order to maintain compatibility with future versions of its software.

In a nutshell, Apple plans on sunsetting QuickTime 7 support as a part of its upcoming transition from 32-bit to 64-bit technology in future versions of macOS. In current versions of macOS, the QuickTime 7 framework still exists as a means to provide compatibility with legacy media.

With QuickTime 7 getting the axe in macOS 10.15, Apple is helping users be proactive by converting their legacy media before the new version of macOS touches down later this year.

The nice thing about the Final Cut Pro 10.4.6 update is that it will automatically scan your library to check for legacy media, and prompt the user to convert to ProRes. You’ll also have the opportunity to manually invoke the scan via a new File → Check Media for Compatibility option. 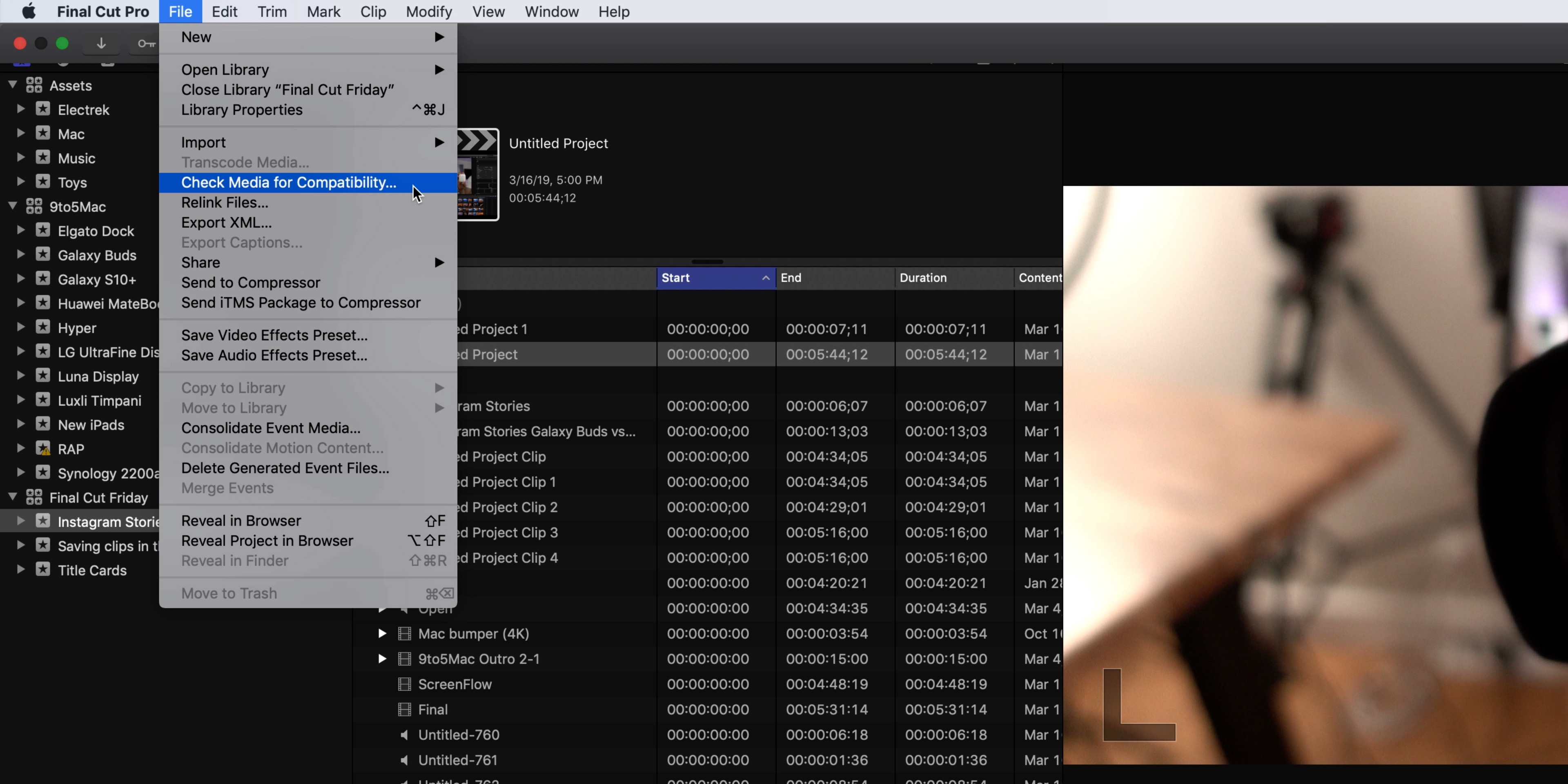 It’s important that users take advantage of this conversion tool prior to updating to macOS 10.15, as the option to convert is only here temporarily, and will be going away in future versions of Final Cut Pro, Compressor, Motion (Projects), and QuickTime. 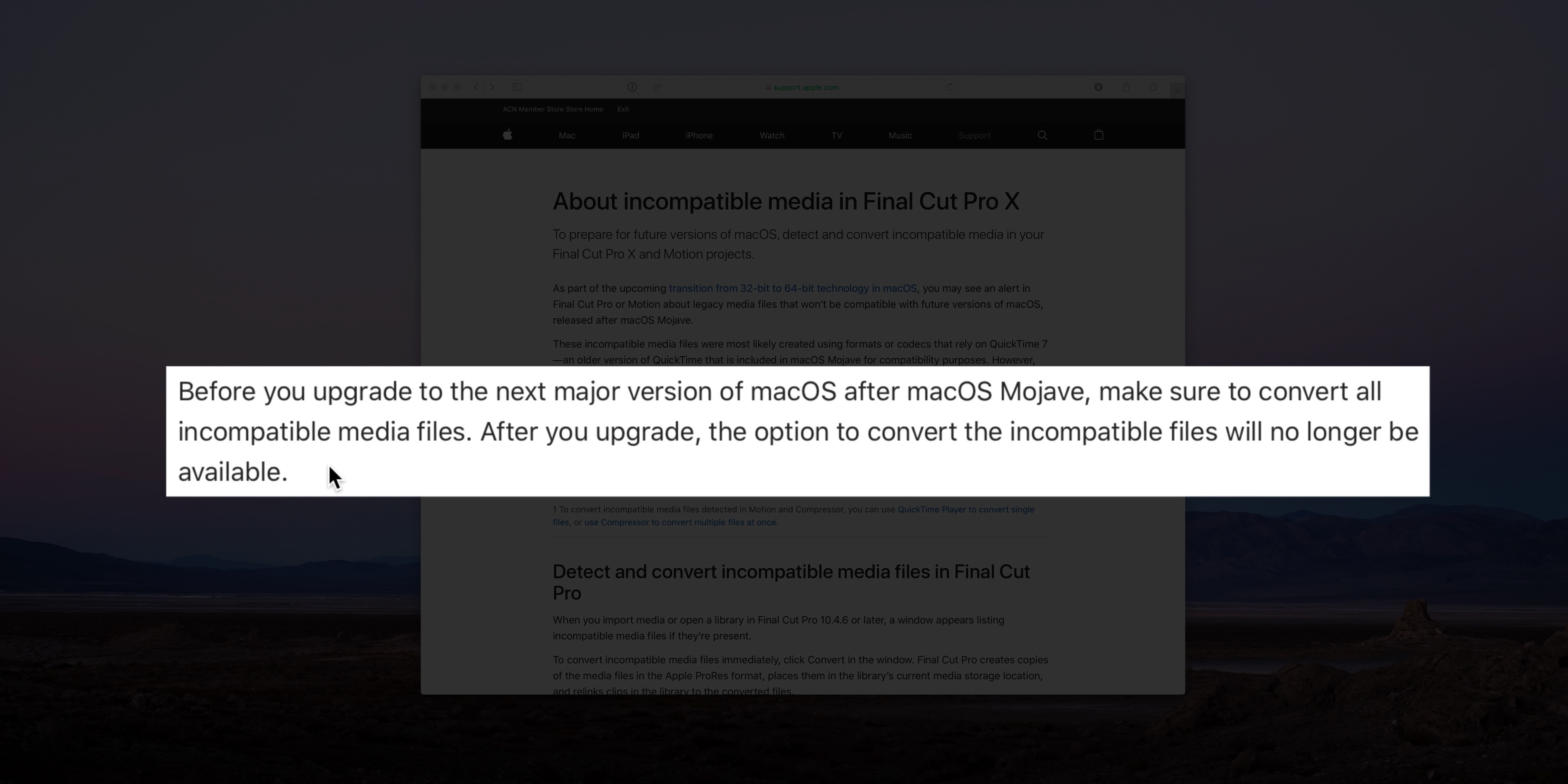 Apple notes that optimized media doesn’t need further conversion, since it’s already converted to ProRes format. However, the original files should be converted, else they won’t be compatible in future versions of macOS.

I don’t imagine that most users will have much legacy media to convert, if they have any at all. But longtime users with old libraries may. I recommend updating to Final Cut Pro 10.4.6 now to check just in case. 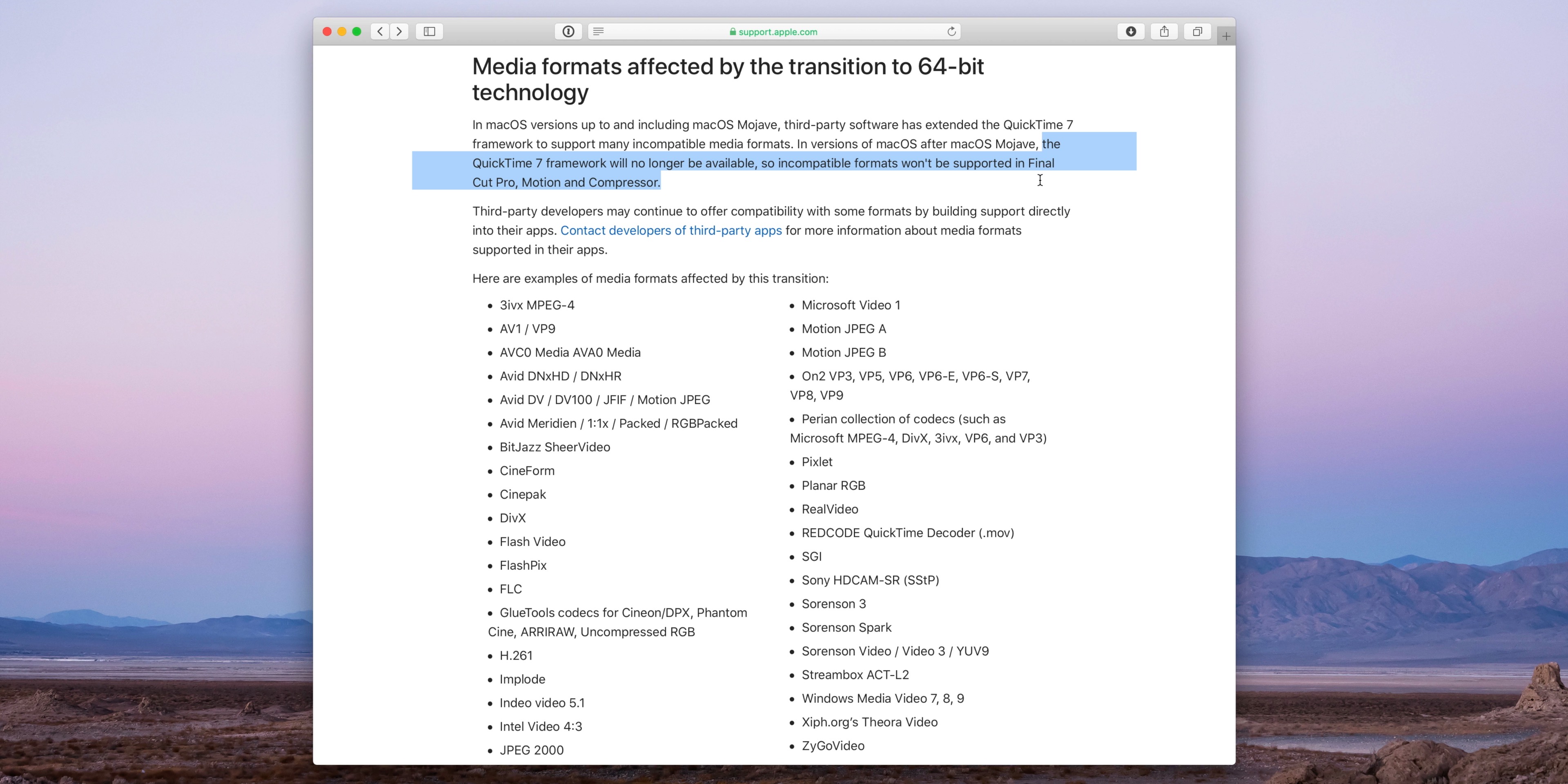 Be sure to read our prior post highlighting the changes in Apple’s support document for more details.

What are your thoughts on Apple’s latest FCP X update? Are there any additional bug fixes or stability enhancements that you’re particularly excited about?