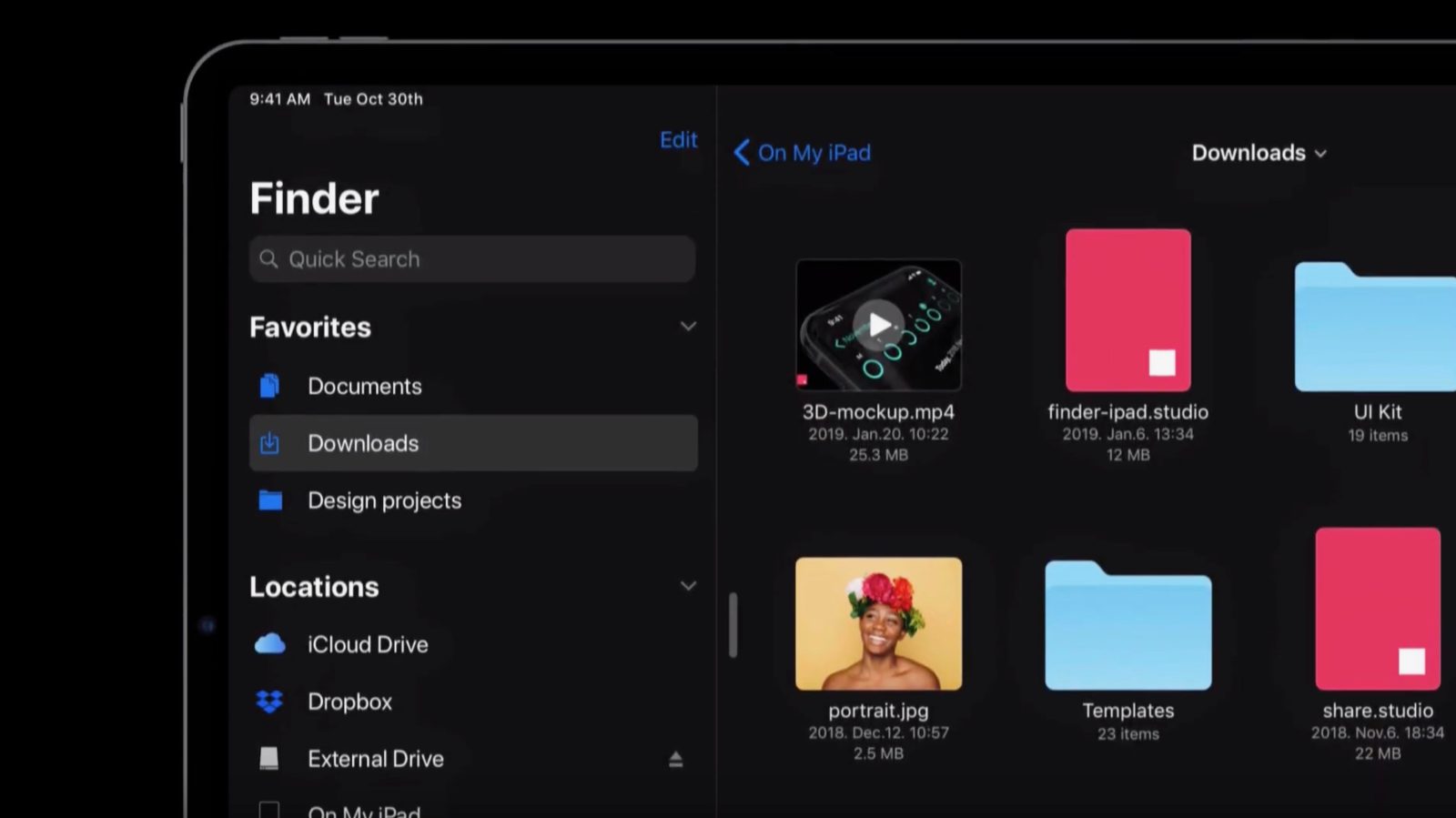 We’re expecting iOS 13 to bring some exciting improvements including a system-wide Dark Mode, a whole new way to multitask with detachable panels, and much more. Now, a concept imagines how iPad could benefit by bringing macOS’ Finder to iOS with external drive support, improved multitasking, and more.

Product Designer Daniel Korpai shared his vision for how iPad could become more useful with Finder, updated multitasking, and more with an impressive two-minute video. We also get a look at all of these ideas in a sharp Dark Mode.

This polished concept starts off by showing how Finder on iPad could work along with external drive support. It later highlights how useful features like tabbed Finder windows, a resizable sidebar, and Quick Look could be implemented into iOS on iPad. It shows a smooth UI to select multiple files and move them across your folders and iPad with ease.

The concept also shows off a new multitasking UI for iPad that works by dragging and dropping apps from the Dock to expand into split screen panels. Rearranging and viewing the panels is seamless with various gestures.

As we’re expecting iOS 13 to ship with a system-wide Dark Mode, this concept also gives a look at Finder and the new multitasking UI with a dark theme.

Read more about Korpai’s concept on his Medium post and check out the full video below:

For everything we know about what’s arriving with iOS 13 and macOS 10.15, check out the following articles: