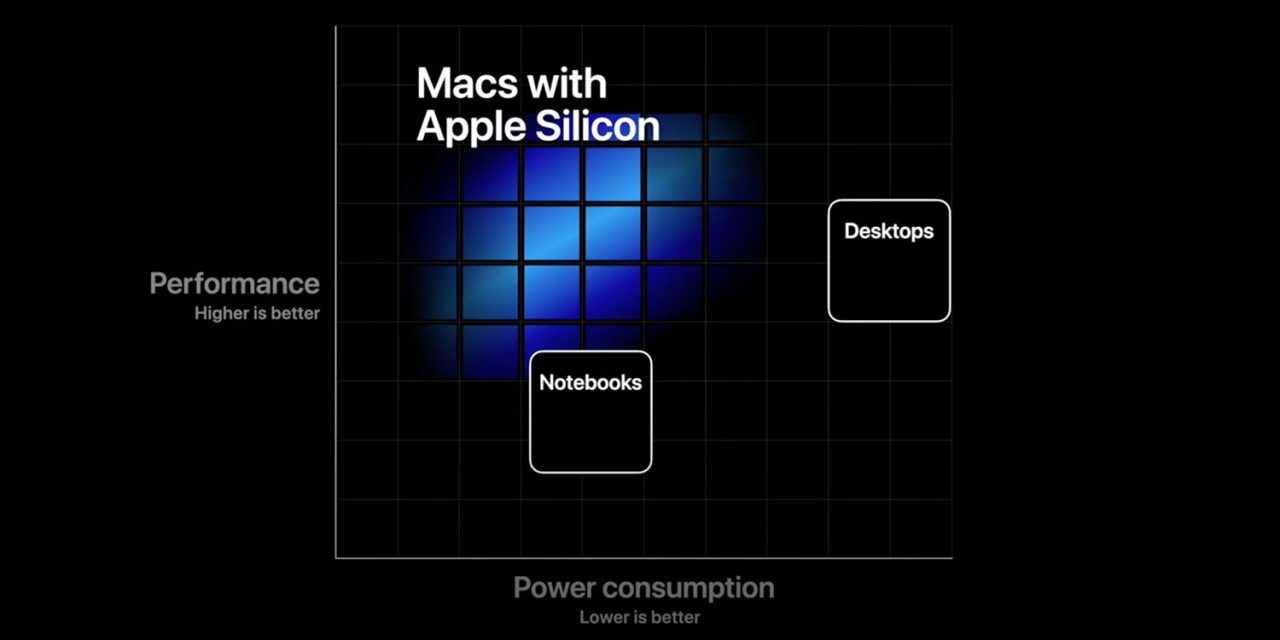 None of us were surprised by Apple yesterday announcing that it was beginning the transition to ARM: In future, Macs will be powered by Apple-designed chips based on ARM architecture. We’ve been predicting the move for many years now, and the fact that this would be the year it was announced was leaked in advance.

There was a little more surprise at the first model being promised later this year rather than early next. Some were skeptical when 2020 was first suggested, in 2018, but two things seemed clear to us…

One, Apple is already running ARM-based Mac prototypes internally. Two, if it doesn’t happen in 2020, it won’t be too long afterwards.

There was one very surprising announcement, however: Apple expects to complete the transition to ARM within two years. If the first model is released in Q4 2020, that means the final model will be no later than Q4 2022. By that date, Apple will no longer be making any Intel Macs.

That’s an incredibly aggressive timescale for such a dramatic change.

The very fact that the company can announce this today tells us that it has done a huge amount of work already. We saw yesterday that the Mac Craig Federighi was using to show off macOS Big Sur was an ARM-powered one. Its pro apps Final Cut Pro and Logic are already running on the new architecture. Adobe is working on converting Creative Cloud, and — rather less impressively — Microsoft on Office for Mac.

We saw a really impressive demo of Final Cut Pro running on an ARM machine, with filters being applied to 4K video running in real time.

Apple has also done the work needed to make the transition to ARM as painless as possible for developers. There’s a Developer Transition Kit comprising a Mac mini running on an A12Z chip, running the macOS Big Sur developer beta, together with a new version of Xcode. The company says it expects most developers to be able to convert their existing apps “within days.”

For Mac users, it’s intended not just to be painless, but completely invisible. For any apps that haven’t been updated by developers, they will still run using Rosetta 2, and users won’t even be aware it’s happening.

The company has upped its game with Catalyst, giving developers access to more powerful tools to create more Mac-like apps. Plus Mac owners will be able to run any iPhone or iPad app on their Mac without any modification.

Assuming Apple is able to keep all these promises, it should make for an extremely slick switch from Intel to ARM.

News that the new record holder for world’s fastest supercomputer is one running on ARM lends confidence to the idea that we will indeed see the promised performance improvements. All the same, Apple implicitly promising a Mac Pro running on ARM chips by 2022 still blows me away. That is a massive ask and an incredibly short timescale. As my colleague Zac wryly observed, it took Apple longer than that to fix a keyboard.

The proof will, of course, be in the pudding. The first ARM-powered Mac is going to come under greater scrutiny than virtually any Mac before it. There will be endless benchmark tests and real-life performance head-to-heads with the Intel equivalent. People will be trying their oldest and most obscure Mac apps to see whether, and how well, they run.

Apple knows this. It knows the enormity of what it has promised, and yet is confident it can deliver. That says a lot.

And me? Buying first-gen Apple kit has its risks, but if the first ARM-powered Mac were to be the 16-inch MacBook Pro — or whatever the equivalent may be by then — I know I wouldn’t be able to resist. Fortunately, it seems likely my money may be safe: Kuo predicts it will be the 13-inch MacBook Pro and a redesigned 24-inch iMac.

All the same, when the 16-inch MacBook Pro does make the switch to ARM, I’m confidently predicting I’ll be hitting the Buy button on day one. What about you?