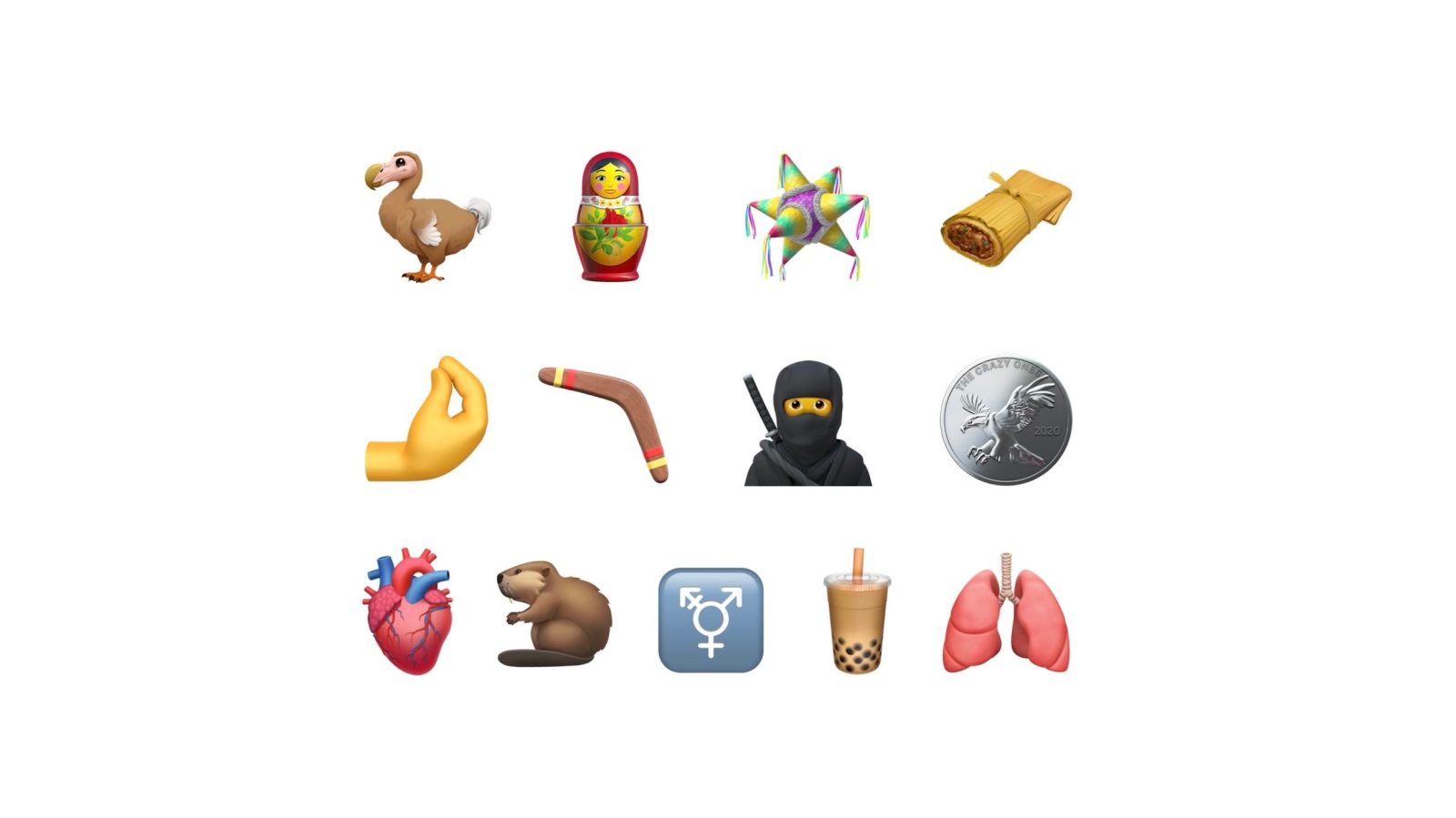 In honor of World Emoji Day tomorrow, Apple has previewed the new emojis coming to iPhones, iPads, and Macs later this year. As detailed by Emojipedia, new emoji coming this fall include a ninja, a boomerang, a coin, and more.

These emoji were approved earlier this year as part of the Emoji 13.0 release by the Unicode Consortium. Today marks the first time that Apple has actually previewed the new emoji designs that will come to iPhone, iPad, Apple Watch, and Mac later this year.

Additional emoji are also coming to iOS later this year, but these are the only ones Apple is previewing today. In total, there are 117 new emoji that will be arriving on devices this year, including ones such as a Smiling Face with Tear, Disguised Face, and People Hugging.

Apple generally releases the new emoji characters in an update to iOS, iPadOS, and macOS. For example, new emoji came as part of last year’s release of iOS 13.2 and iOS 12.1 in 2018.

This year with iOS 14, it will be even easier than usual to find the new emoji. One of the new features in iOS 14 is the ability to search the collection of emoji characters. This feature has been on the Mac for several years, but unfortunately, it has not made its way to the iPad just yet, even with this year’s release of iPadOS 14.

What do you think of this year’s new emoji designs? Let us know down in the comments!