iOS 14 beta gives us a glimpse of the system interface on the 5.4-inch iPhone 12 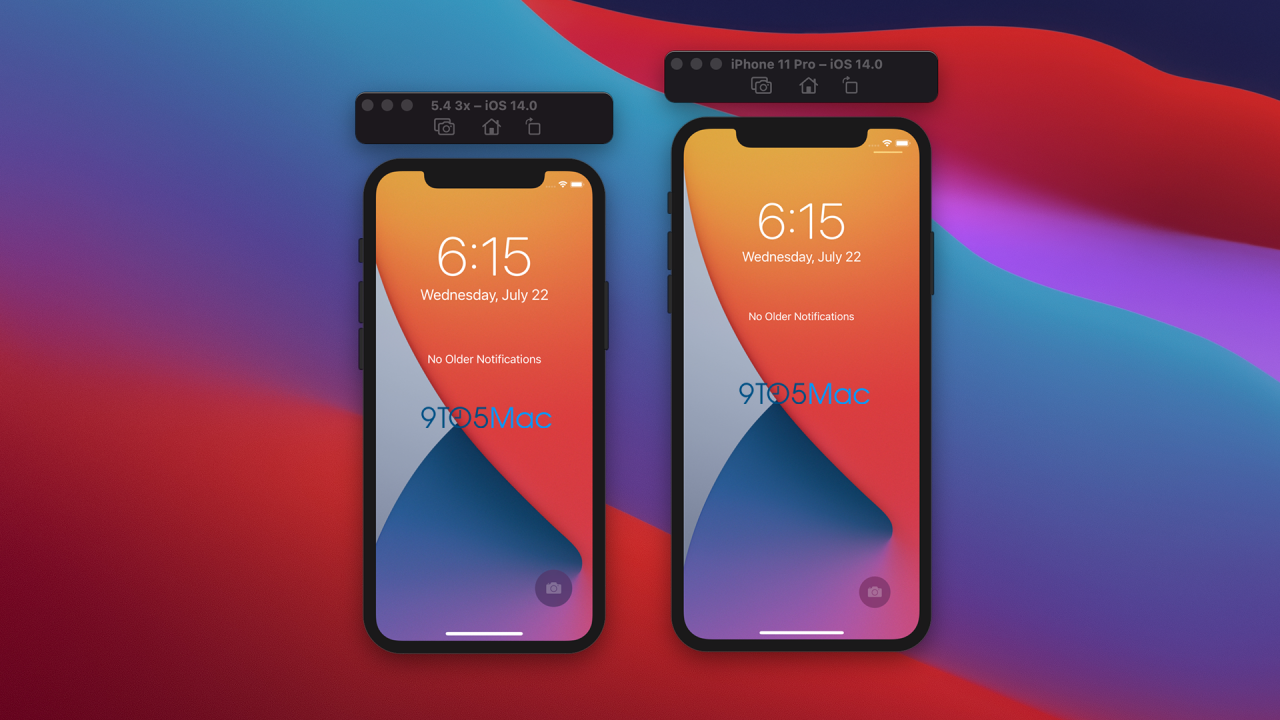 Apple today released the third beta developer of iOS 14, and while it comes with some new features, the update also gives us a glimpse into the next-generation iPhone. Based on the Display Zoom feature, which is now available for 5.8-inch iPhone models, 9to5Mac has found that iOS 14 is ready to work on a new smaller screen.

What is Display Zoom?

First of all, it’s important to describe what is the Display Zoom feature and why it’s related to our latest discovery. Display Zoom has been present on iOS since the introduction of iPhone 6, and it allows users to make interface elements like buttons, icons, and texts larger.

However, iPhone X doesn’t have the Display Zoom feature since it came out in only one screen size. As a result, Apple has never prepared the iOS interface for a modern iPhone smaller than 5.8 inches. iPhone XS Max and iPhone 11 Pro Max feature Zoomed Mode, allowing users to switch from the regular 6.5-inch view to 5.8-inch — which makes everything bigger on screen. 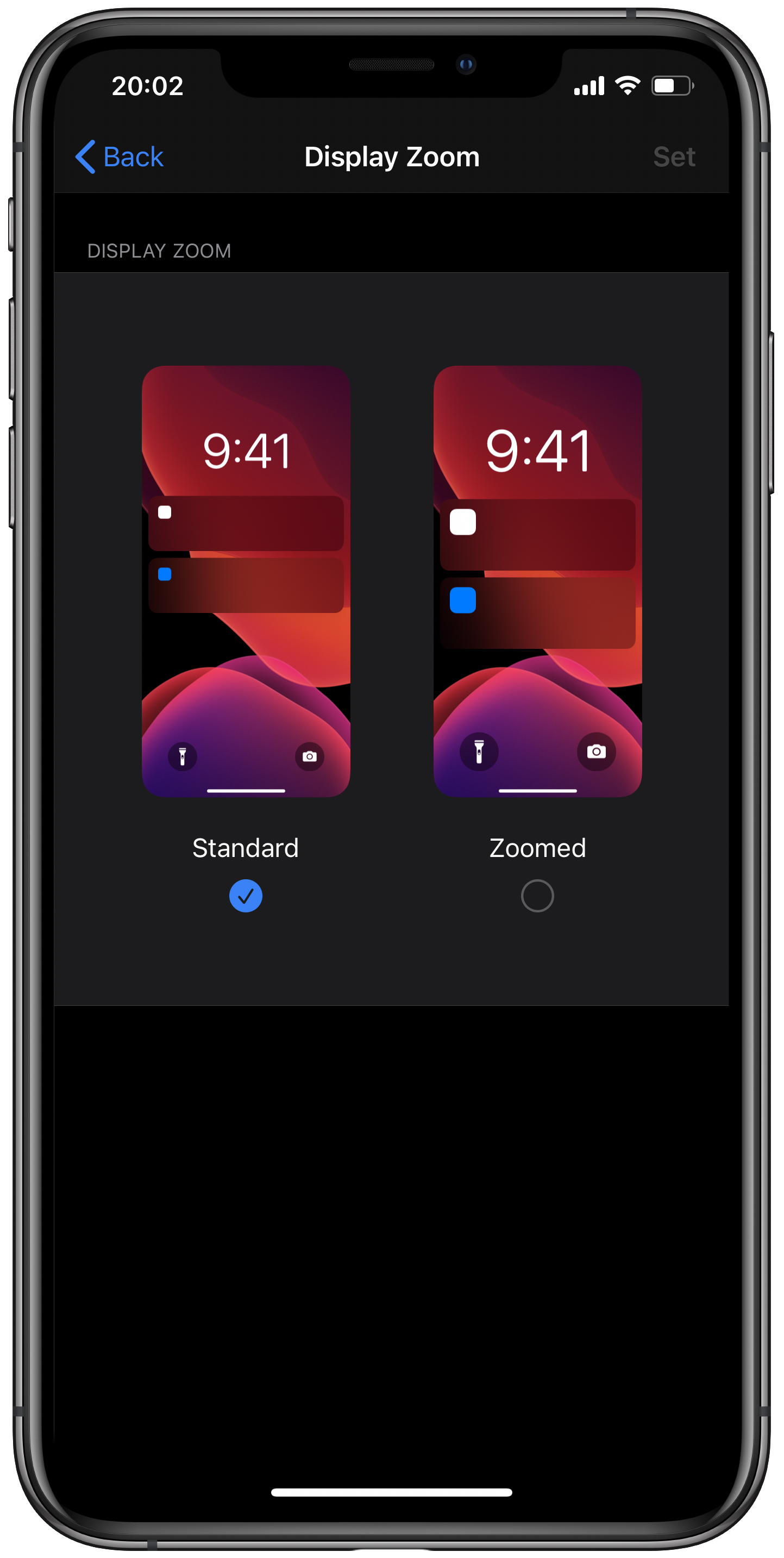 iPhone XR and iPhone 11 also have this option, but that’s because both devices run on the same interface size as the iPhone Max models, but at a lower resolution.

With iOS 14 beta 3, Apple added Display Zoom for the iPhone X, iPhone XS, and iPhone 11 Pro for the first time, and that made us investigate what was behind this change.

Ready for a smaller iPhone

Back in 2018, the screen resolution of the iPhone XS Max was discovered ahead of its official announcement thanks to the iOS 12 beta. By modifying the iOS Simulator on the Mac, it was possible to confirm that iOS was ready to work at that resolution. It also revealed how the apps would look in landscape mode.

Now, we’ve discovered that Apple has been working to adapt the iOS interface to a new smaller resolution, which is the same used by Zoomed Mode in 5.8-inch iPhone models on iOS 14. We’ve forced the iOS Simulator to run at a resolution of 960 x 2079 pixels, and it shows the system interface correctly. 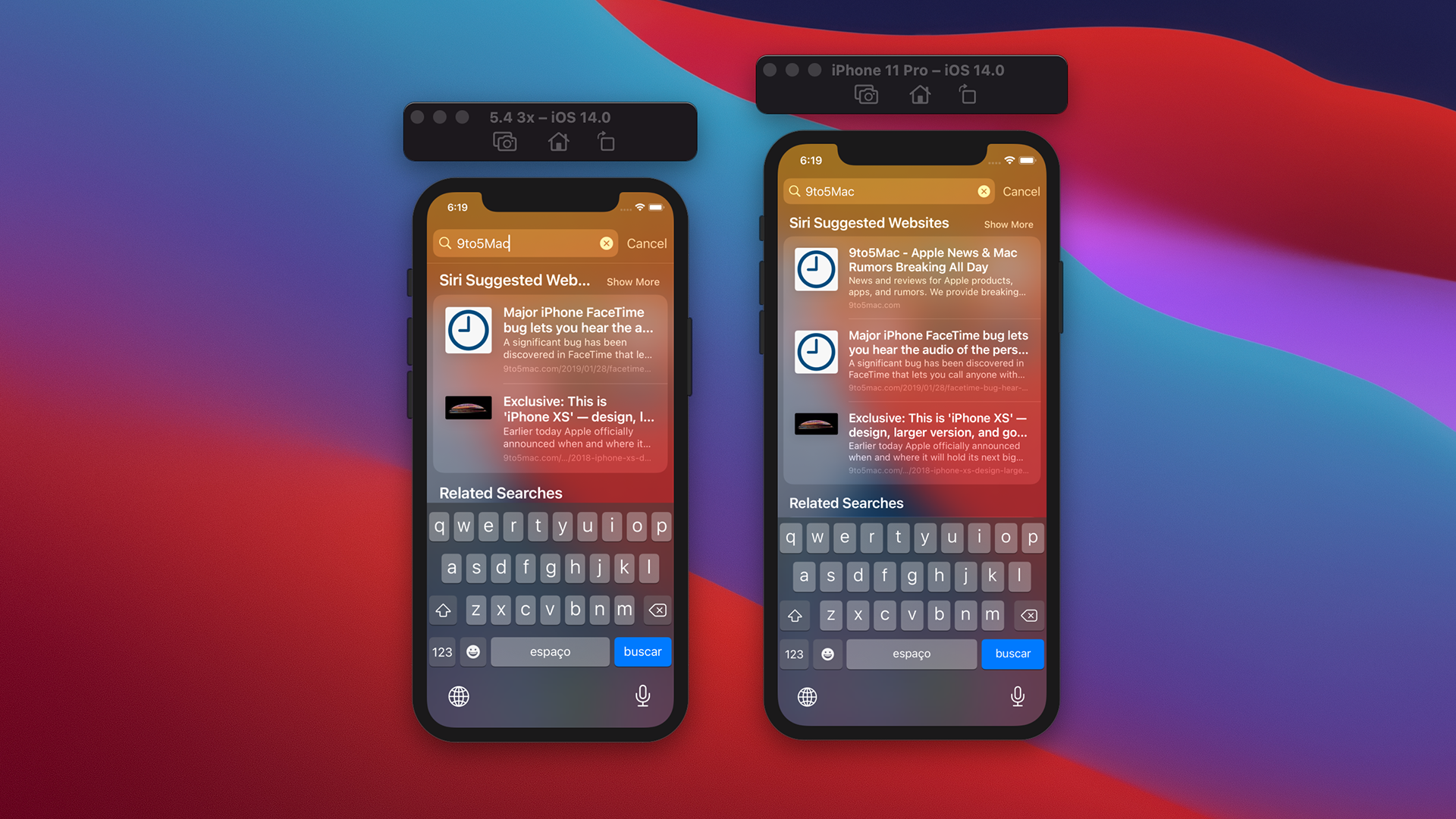 We strongly believe that this interface is being prepared for the rumored smaller iPhone 12, which is expected to feature a 5.4-inch screen. The iOS Simulator crashed when we tried to run it with other resolutions, reinforcing our thoughts that Apple has plans with this specific smaller interface.

To provide you a better look at how the smaller iPhone 12 compares to the 5.8-inch iPhone, we’ve used the iOS Simulator’s “Physical Size” option that simulates the actual size of each device on the Mac screen. The perception we had is that, if true, this smaller iPhone will be similar to the old iPhone SE with a 4-inch display, but now with more vertical space. 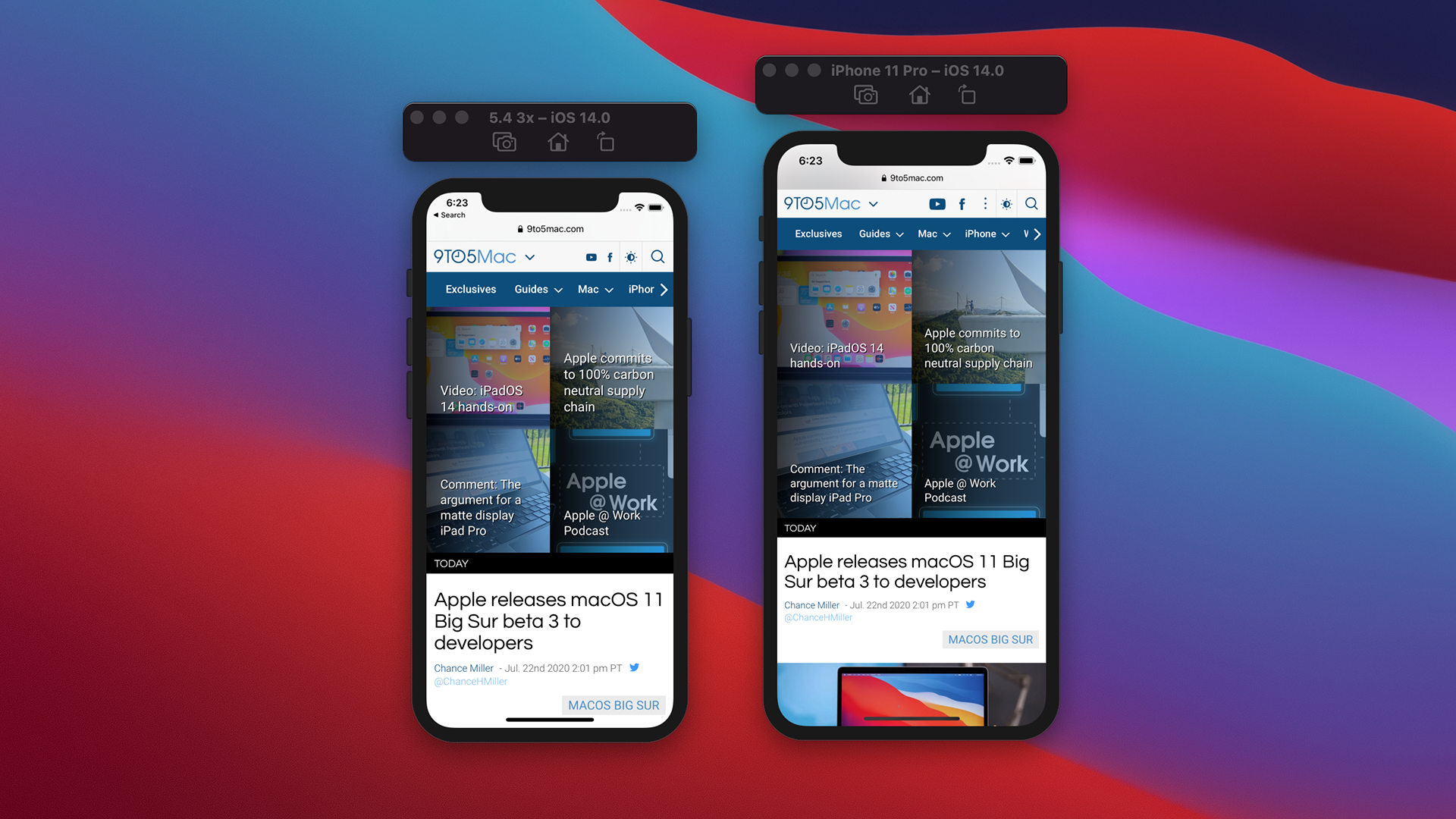 There’s another important aspect that we have to mention in relation to that discovered resolution. As you may have noticed, having a 5.4-inch display with a resolution of 960 x 2079 pixels means we’re talking about a higher pixel density than current iPhone models with an LCD screen (something like 425 PPI against 326 PPI).

We haven’t ruled out the possibility that Apple will maintain a lower pixel density to the smaller iPhone 12 display just as in the regular model, which could be something around 640 x 1386 pixels (and keeping the same scale size that we found), but we weren’t able to run the iOS Simulator at this resolution.