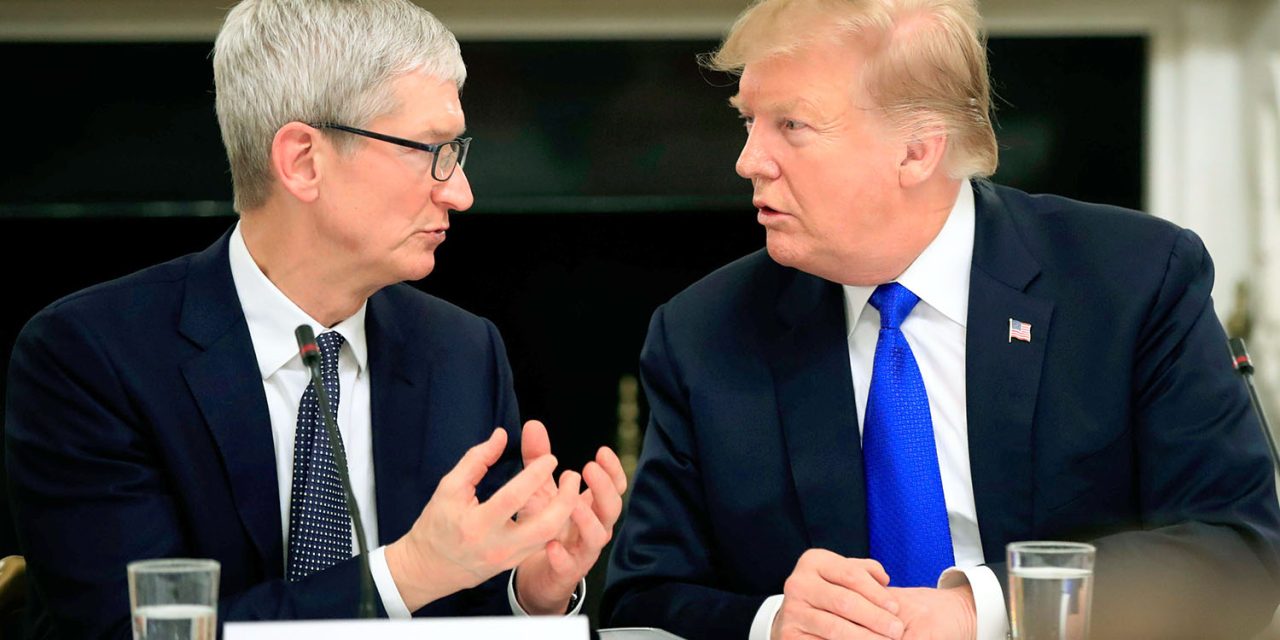 A report earlier today cited a potentially huge WeChat threat to the future of the iPhone in China. Analyst Ming-Chi Kuo is concerned that the Trump administration could force Apple to remove the WeChat app not just from the US App Store, but globally.

Kuo warned that this could see a massive 30% reduction in global iPhone sales, and if that sounds hyperbolic, it’s likely not …

In China, WeChat is everything

Much has been written about WeChat in the context of messaging app trends, but few outside of China really understand how it works — and how it can pull off what for many companies (and countries) is still a far-off vision of a world managed entirely through our smartphones […]

Along with its basic communication features, WeChat users in China can access services to hail a taxi, order food delivery, buy movie tickets, play casual games, check in for a flight, send money to friends, access fitness tracker data, book a doctor appointment, get banking statements, pay the water bill, find geo-targeted coupons, recognize music, search for a book at the local library, meet strangers around you, follow celebrity news, read magazine articles, and even donate to charity … all in a single, integrated app […]

The way it achieves this goal is through one of the most unsurfaced aspects of WeChat: the pioneering model of “apps within an app”. Millions (note, not just thousands) of lightweight apps live inside WeChat, much like webpages live on the internet.

This makes WeChat more like a browser for mobile websites, or, arguably, a mobile operating system — complete with its own proprietary app store. Not what we’d expect from a messaging app.

Every aspect of a typical Chinese person’s life, not just online but also off is conducted through a single app.

As we stressed last year, what this means is that that average Chinese person picks up their phone and immediately opens WeChat. Pretty much everything else they do happens within this single app.

WeChat has always posed a challenge for Apple. The iPhone maker emphasizes the integration of hardware and software, and a large part of its pitch with each new iPhone generation is around what iOS now makes possible.

The problem for Apple is that most Chinese iPhone buyers couldn’t care less about iOS: they never see it. They like Apple’s hardware and the brand image, but iOS is irrelevant – as is Android. A smartphone is simply a device for using WeChat.

This means it’s very much easier for a Chinese brand to take market share from Apple. So long as it makes the hardware appealing, and can create some brand prestige, it’s a threat.

This new WeChat threat is critical

If Trump only bans WeChat from US app stores, the impact won’t be massive. It will still have a significant impact, because there are WeChat users in the US. These include Chinese nationals residing in the US, as well as those with family and friends in China. In this scenario, Kuo thinks Apple’s global iPhone sales will fall by anywhere from 3% to 6%.

But Trump went further than that. He last week signed an executive order banning all transactions with TikTok owner ByteDance – and WeChat owner Tencent. One interpretation of that, which doesn’t seem much of a stretch, is that Apple must cease all business relationships with Tencent – and therefore remove WeChat from its App Stores globally … including China.

An iPhone without WeChat is essentially useless in China. Nobody would want it, nobody would buy it. That’s why Kuo is not being remotely hyperbolic when he suggests it kills iPhone sales in China, and other countries where WeChat is popular. Killing iPhone sales also means losing a market for AirPods, Apple Watch, and, of course, Services. A 25-30% reduction in total global sales seems eminently plausible.

This will be Cook’s greatest Trump challenge

Apple CEO Tim Cook and President Donald Trump agree on little. They have wildly different political and social views. But Cook has always argued that it’s better to engage and attempt to influence Trump than it is to cut off all contact.

Trump has threatened Apple’s business on several fronts. When Trump imposed an immigration ban, Cook said that hundreds of Apple employees were affected.

Cook kept working with the Trump administration, aiming for exemptions on Apple products – and was largely successful in these efforts. It’s been described as an unlikely relationship, and that’s putting it mildly, but Cook has been mostly successful in talking Trump down.

Doing the same with the WeChat threat will be Cook’s greatest Trump challenge yet. It will require Cook to persuade Trump to either reverse or creatively reinterpret, his latest executive order – and to do so swiftly.

The stakes have never been higher. Apple had sufficient margin to absorb tariffs for a time at least, but losing its entire Chinese market overnight, and doing so as it launches its first-ever 5G phones, would be devastating. This is one Trump battle Cook has to win.