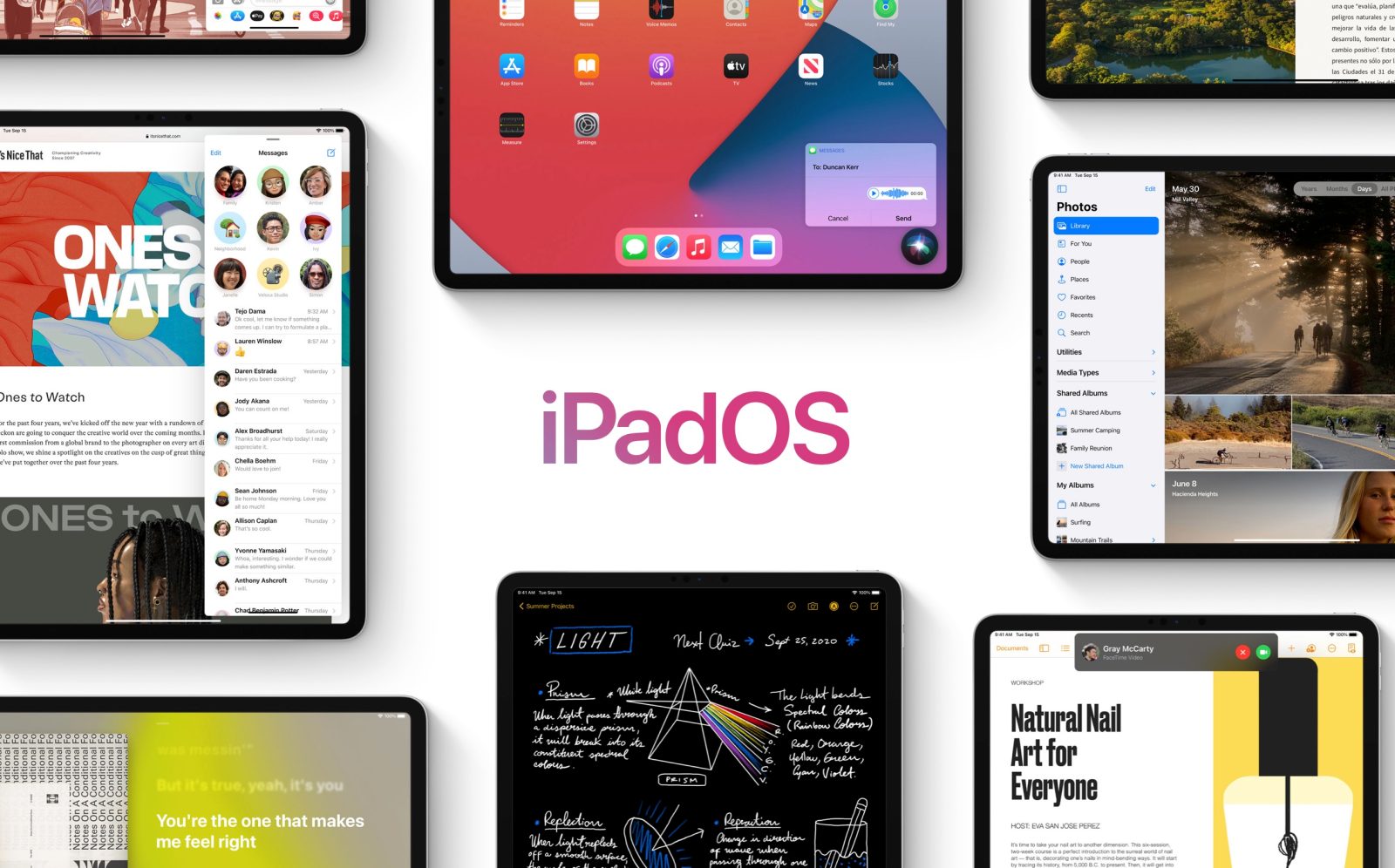 To check if iPadOS 14 is available on your iPad, head to Settings > General > Software Update. Keep checking back as it may take some time for the major update rollout to reach everyone.

iPadOS 14 arrives with the new widgets that have landed with iOS 14 (however they are limited to the Today View), a variety of great Apple Pencil enhancements, new app sidebar designs, compact call interface, and redesigned Siri.

The big new Apple Pencil improvement coming with iPadOS 14 is called Scribble. This brings automatic conversion of handwriting to text when you write in any text field. Other Scribble features include scratch to delete and circle to select.

Going further with the new handwriting features in the Notes app, there’s’ a new Smart Selection that can tell handwriting from drawing and you easily can copy and paste it as text. New handwriting smarts also include shape recognition: “Just pause at the end of your drawing, and it snaps to its ideal form.” Data detectors also mean iPadOS 14 can recognize dates, addresses, phone numbers, email addresses, etc. in handwriting.

Another notable change for iPadOS 14 is a new sidebar UI for many of Apple’s apps like Music, Photos, Files, Shortcuts, and more for improved navigation.

We previously went hands-on with the major changes in iPadOS 14 when the beta was released. Some small things have changed since then but you can get a good feel for what’s new below as well as all the features that iOS 14 and iPadOS 14 share in common:

iPadOS 14’s public release comes ahead of the new iPad Air arriving in October. Read more on that as well as everything Apple unveiled at its September event below: