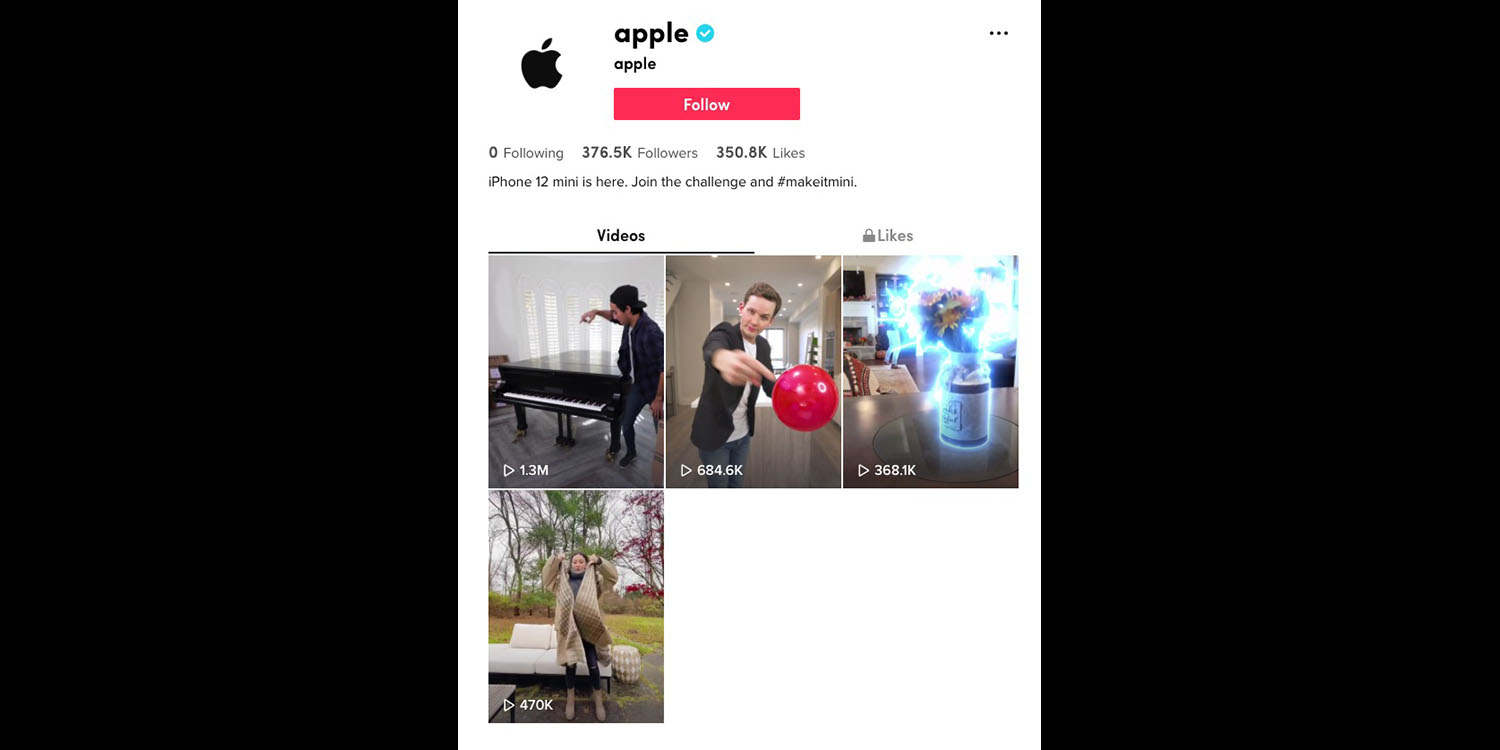 Apple is now using TikTok, more than six months after creating an official account for the company on the short-form video platform.

It has apparently commissioned promotional videos from existing TikTok influencers …

Today some users have noticed that there’s a new verified profile of Apple on TikTok, which may indicate that the company has plans to share some content there.

The account (@apple) is relatively new and it has only 1312 followers by the time of writing this article. There’s no biography, videos, or anything other than the verification badge, which legitimates that it’s an official account.

The videos are by Zach King, Kevin B Parry, Julian Bass, and Jessica Wang. Their follower counts range from just over 800k to just over 50 million. As for Apple’s account, it now has 376k followers and a similar number of likes.

The outgoing White House administration tried to ban TikTok in the US before legal challenges put a stop to that. Following Trump’s election loss, it’s likely that the action against the video app will be allowed to quietly fade away.

TikTok now has new competition, as Snapchat launched Spotlight, with a $1M daily fund to try to lure TikTok creators to its platform.