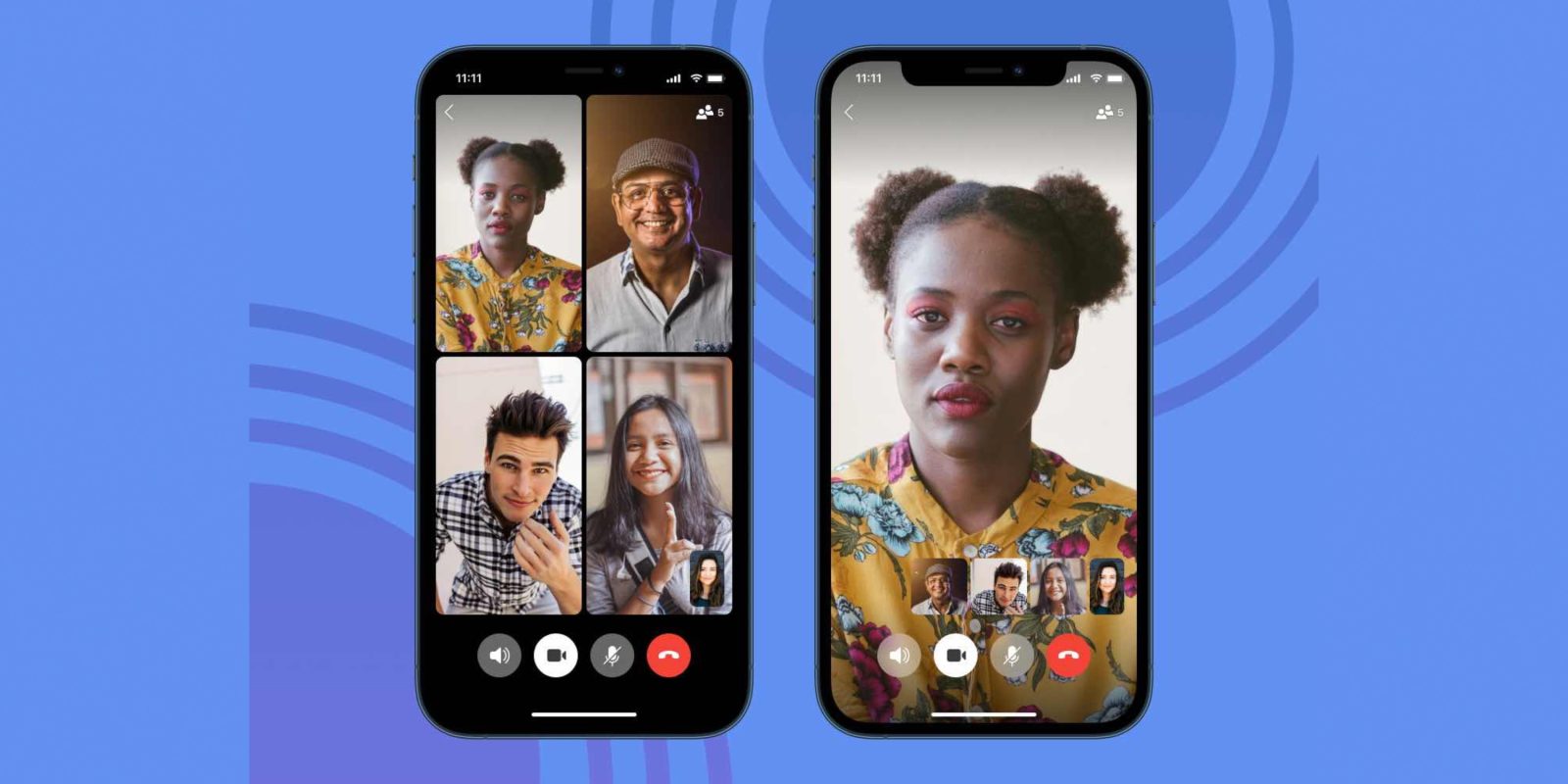 This means that not even Signal can decrypt the calls.

FaceTime is the default option for Apple users, but Signal now offers the same privacy protection for video chats with a mix of iPhone and Android participants.

Signal announced the new feature in a blog post.

Today, we’re launching group calls in Signal with the latest versions of our apps. Group calls are free, private, and end-to-end encrypted — like everything else on Signal.

Now when you open a group chat in Signal, you’ll see a video call button at the top. When you start a call, the group will receive a notification letting them know a call has started.

When you start or join a group call, Signal will display the participants in a grid view. You can also swipe up to switch to a view that automatically focuses the screen on who is speaking, and it will update in real time as the active speaker changes.

At present, group video calls are limited to just five people, and are only available in new-style Signal groups – but the company says it is working on both limitations.

You won’t see the call button in your legacy groups, but your legacy Signal groups will start automatically updating to New Groups in the coming weeks. Group calls are currently limited to 5 participants, but we’re working to let you have even more participants in a group call soon.

Back in the summer, Signal offered a way to transfer messages to a new iPhone. The company also joined Apple and other tech giants in condemning proposals to secretly add law enforcement to encrypted chats.