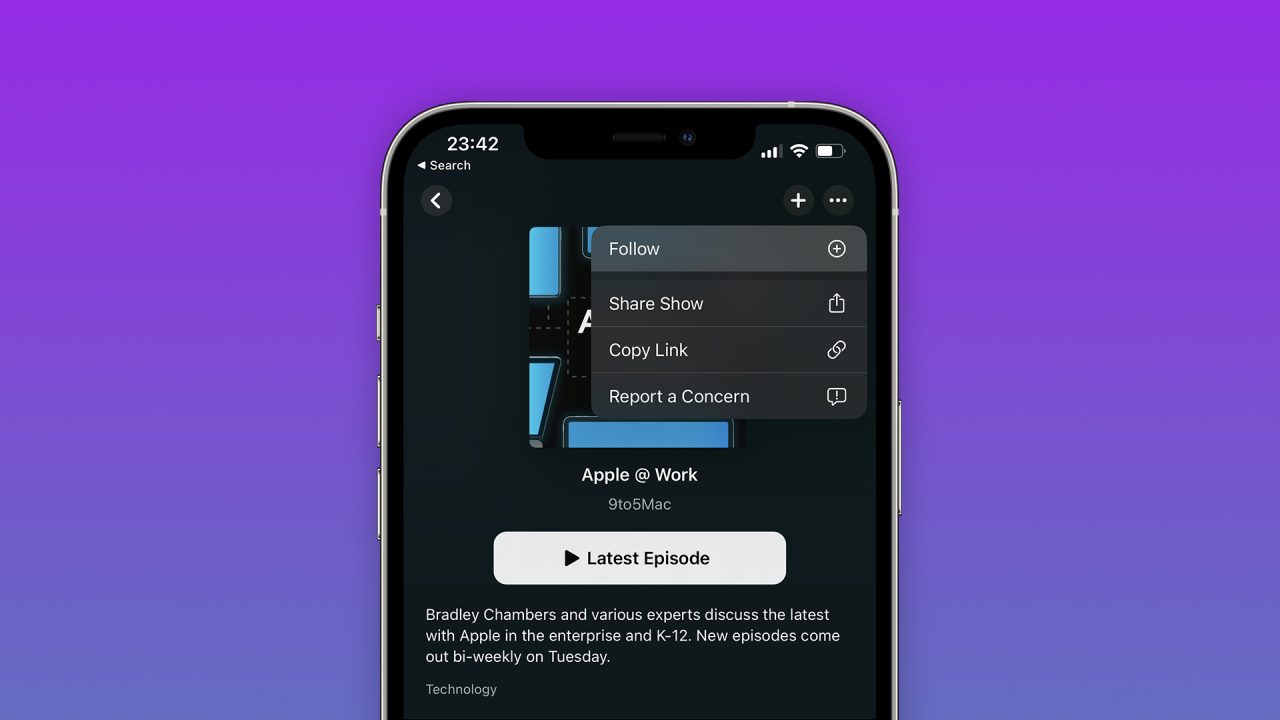 With iOS 14.5, Apple introduced some interesting changes to the interface of the Podcasts app, which had already been improved with the release of iOS 14 last year. However, one small change that users may not have noticed is that Apple is now replacing the word “subscribe” with “follow” for podcasts.

As reported by Podnews, Apple will no longer associate the word “subscribe” with Podcasts. According to a research from Edison Research, about 47% of users associate “subscribe” with paid content. This results in fewer people using the Podcasts app because they don’t understand that the content is free.

Tom Webster from Edison Research says 47% of people who don’t currently listen to podcasts think that ‘subscribing’ to a podcast will cost money, describing it as a stone in the shoe of podcasting’s growth run. He tells Podnews: “Today, Apple, Spotify, and YouTube are the three most widely used services to play podcasts, and now the word Subscribe means ‘automatically download for free’ in exactly none of them.

This move also comes at an interesting time as rumors suggest that Apple is working on a new paid podcast platform. Although details are uncertain, not using the word “subscribe” for every podcast may also be related to this upcoming subscription podcast service.

In addition to the design improvements, Apple has been investing more and more in its Podcast app. Earlier this week, the company announced a partnership with Common Sense Media to highlight curated podcast suggestions for kids. Apple also introduced its first original podcast associated with an Apple TV+ show, For All Mankind.