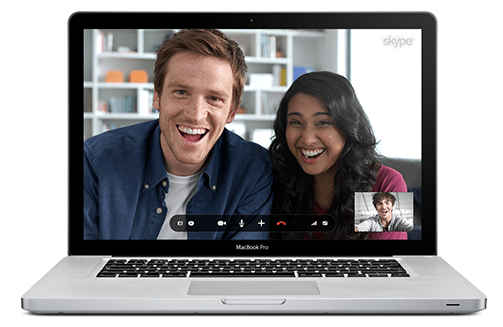 We told you Microsoft released a redesigned version of Skype for the Mac earlier last month, and today Microsoft says the communication software is starting to roll out as a service on the Web. Skype for Web will allow users to chat, video call, and manage contacts from a web browser without having to download the Skype app. Microsoft is currently offering Skype for Web as a beta to select users. END_OF_DOCUMENT_TOKEN_TO_BE_REPLACED QuickBooks Online for iPad: Intuit announced today a new iPad app for QuickBooks Online. It’s free for subscribers, but the app also provides a 30 day free trail and monthly and annual subscriptions for $13 and $125. Full list of features below: END_OF_DOCUMENT_TOKEN_TO_BE_REPLACED Skype updated its Mac client today to version 5.8 to add full support for 10.8 Mountain Lion and a number of features that aim to bring the app up to par with the current Windows version. Perhaps the most notable new feature included in the update is a refined contact list that replaces the old floating menu. Accessible from the “Window” menu, the new Contacts Monitor (pictured right) provides a simplified view of your contacts in a window that can be repositioned and resized. Skype said it is meant to be much like older versions, such as Skype 2.8, that users seemed to prefer. The new contact list also has filters such as “Friends” and “Family,” and the ability to right-click to start a call or new message.

Another new feature for Skype 5.8 on Mac previously only available to Windows users is access to group screen sharing. The feature is for premium subscribers, but it supports up to groups of 10 with only one member of the group required to have a premium subscription. You will also now be able to share your video feed simultaneously while screen-sharing with multiple users.

A few other updates we noticed in the latest release: