Opinion: Does the minimalist 12-inch MacBook Air design represent the future of MacBooks?

While we’ve been expecting the 12-inch MacBook Air for quite some time and some of the details have long been rumored, the design exclusively revealed in Mark Gurman’s report has raised eyebrows throughout the tech world. Especially the most dramatic element: the reduction of the ports to just one multifunction USB-C socket, a headphone socket and a pair of microphones.

The $64,000 questions are: will this ruthlessly cut-down approach prove workable—and is this a design unique to this one machine, or does it represent the future of all MacBooks … ?

Let’s start with a note of reassurance. The USB Type C port is an extremely clever thing indeed—it’s the very epitome of multifunctional ports. It can provide power. It can feed an external display. You can connect it to external storage. You can plug-in any of the myriad devices you connect to existing USB ports, from cameras through printers to cardreaders. No functionality will be lost.

And we should add, while we’re discussing good news, that one of the nice features of USB Type C is that the plug is reversible, just like a Lightning cable. This would end once and for all the frustration of what someone once described as ‘USB, the only binary choice that takes three goes to get right.’

But, at first glance, some of the functionality we’re used to could become rather less convenient. At home or in the office, we’re going to need some kind of dock or hub to connect multiple devices, and the simple convenience when travelling of charging our iPhone via USB while the MacBook charges from the mains would be lost.

And what about MagSafe? I love MagSafe. Not just because it has saved me from an expensive MacBook nose-dive on more than one occasion, but also because it’s so damn easy to use—none of the fiddling around with the power lead you get with lesser laptops. Just hold the connector somewhere near the right spot and it snaps into place. 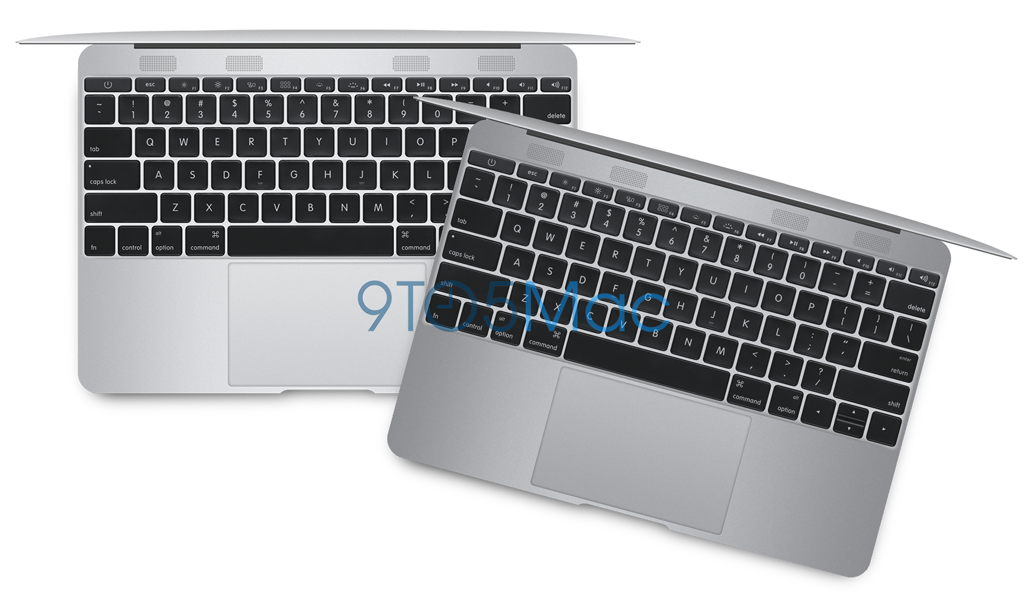 But I think we need to give Apple some credit here: usability is in the company’s bloodstream, so it’s not like it won’t have considered these issues. Simultaneously charging a MacBook and iPhone while travelling could be as simple as adding a USB port to the power brick, and MagSafe could be incorporated with a simple adapter.

And we need to remember that 9to5Mac readers are very different to mass-market consumers: I would bet good money that a high proportion of MacBook Air owners don’t ever connect their machine to anything other than power and the occasional USB key. Thunderbolt-style daisy-chaining of devices is a techhead and AV pro thing, not a person-in-the-street thing.

Which is all well and good if we’re talking about a single machine, and especially if—as has been suggested in the past—this is intended as an entry-level MacBook. But that is very much an unknown.

This might indeed be a cut-down machine, built to a price. We could even get totally crazy, and envisage it as the Apple version of a Chromebook: a machine with almost no internal storage, simply designed to connect you to the Internet, where you use iWork for iCloud. I don’t think that’s likely, but Apple was the first company to ditch optical storage from its laptops, and the first mainstream manufacturer to switch to machines which essentially cannot be upgraded. The company is certainly not afraid to declare that a brave new world has arrived.

But what if it’s not an entry-level machine? What if it’s instead a premium machine, designed to sit above the current MacBook Air range? What if it has a Retina screen and enough on-board SSD storage that the need to connect to external devices is reduced? And what if, rather than a new design for a single MacBook Air model, Apple sees this as a template for the future of the entire MacBook range?

There’s reason to think this might be the direction in which Apple is headed. It has long been working hard to move us away from wires. iPhones, which once needed to be physically plugged into a Mac even to activate them, got first wireless sync and then iCloud backup. There’s been a lot of focus on iWork for iCloud – including the eventual return of its long-lost Dropbox equivalent, iCloud Drive. And new cloud-based features built into OS X and iOS like AirDrop, Handoff and other Continuity features intended to free us from the need to do anything as 20th Century as connect a USB key.

Apple has in the past given mixed messages to its pro users. On the one hand, it abandoned optical drives at a time when many AV pros were still using them; it discontinued the mobile professional’s favorite laptop, the 17-inch MacBook Pro; and there was the Final Cut Pro X debacle, where many AV pros thought Apple had lost touch with their needs. Many of us wondered at times whether Apple now viewed itself exclusively as a manufacturer of consumer products, with the business market seen as largely irrelevant.

But on the other hand, it finally updated the Mac Pro—a machine which is almost the definition of a niche market—and entered into an alliance with IBM to make a big push into the enterprise market with iOS devices. There is also that persistent rumor of the 12-inch iPad Pro, a device that only really makes sense in my opinion when targeting business users.

So where does this leave us? I think pro users needn’t be concerned. All my examples of Apple seemingly moving away from this market are old ones, while my examples of it embracing business usage are far more recent. I don’t see the MacBook Pro range reducing to a single port plus mic and headphone socket anytime soon.

But I do think this is the direction in which Apple is headed. I think this vision was why Apple worked so hard with Intel to develop what became Thunderbolt: a single, high-speed, daisy-chainable, multi-function port. The standard didn’t take off in the way Apple hoped it would, but USB Type C will for sure.

The standard isn’t there yet. A single USB port—even one as clever as this—isn’t going to deliver the connectivity professionals need, but it’s an evolving standard. Give it a year or three to evolve into an even more capable super-port, and combine that with the faster and more ubiquitous wireless connectivity we’re going to see over that same timescale, and we may not be so far from the day when a MacBook with a single port can meet all of our needs—consumers and professionals alike.

Do you share my vision, or do you think that multiple ports and wires will be part of our future for a long time yet? Take our poll, and let us know your views in the comments.