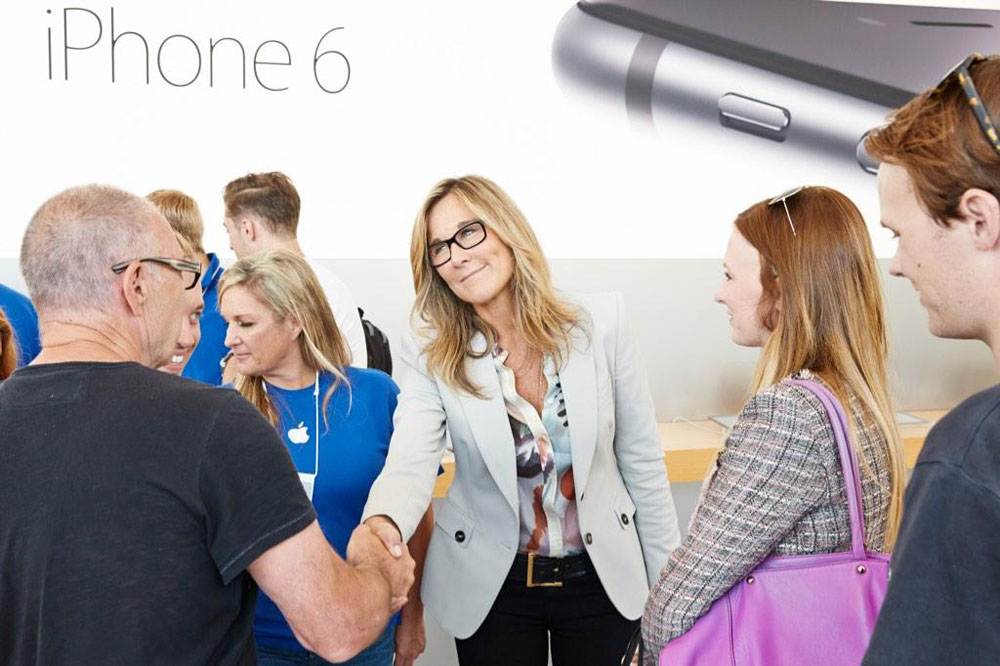 If you were puzzled by the fact that the $73M compensation package paid to retail head Angela Ahrendts dwarfed those awarded to other senior Apple execs, including Tim Cook’s $9.2M, Apple explained that it was in large part to compensate her for unvested Burberry stock she lost by leaving the company …

Re/code reports that Ahrendts walked away from unvested Burberry stock worth $37M, in addition to salary and allowances totalling $5M a year to take a position paying substantially less. Apple said that her package reflected both her losses and her value to the company.

The Cupertino technology giant said its 2014 compensation package was designed to make Ahrendts whole financially — and successfully recruit an executive who, during her tenure at Burberry, led the company through a turnaround in which its market capitalization more than doubled.

Some 40% of her stock allocation is subject to performance requirements.

Business Insider noted that vacation cash-outs show that neither Tim Cook nor Eddy Cue used all their vacation days last year, picking up $57k and $42k respectively in compensation.