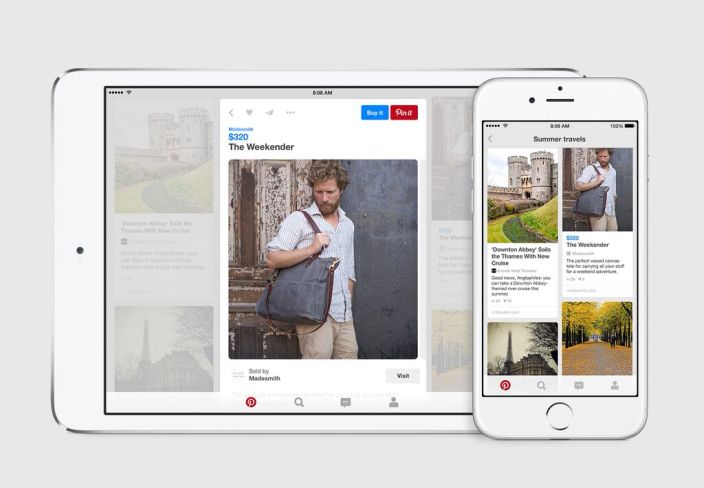 Pinterest is graduating from a place where you discover and bookmark items to a storefront where you can actually make purchases. This is made possible using Buyable Pins, which the company says are coming soon to Pinterest for the iPhone and iPad. Pinterest users will be able to buy items from a handful of partners at launch with Apple Pay planned as a payment method to make the process instant. At launch, Pinterest is partnering with premium retailers including Macy’s, Nordstrom, and Neiman Marcus to allow users to buy the items they pin in the app. The platform is also working with Shopify and Demandware to include Buyable Pins on items from Cole Haan, Michaels, and more.

By supporting Shopify, Pinterest is allowing vendors that use the platform to easily include Buyable Pins on their own items. Merchants that use Demandware will be able to do the same by working with the service’s management.

As Pinterest’s side, the social network says it won’t be taking any cut of the deal as it just wants to offer its users a way to do more with the items they’re pinning.

Pinterest says the new Buyable Pins with Apple Pay support will be added soon to the iPhone and iPad apps while Android and web users will gain the new feature later in the future.

Earlier this year, Apple teamed up with Pinterest for the first time to promote iOS apps on the platform including download buttons.