Opinion: Will Apple switch from Lightning to USB-C for future iPhones, and if so, when? 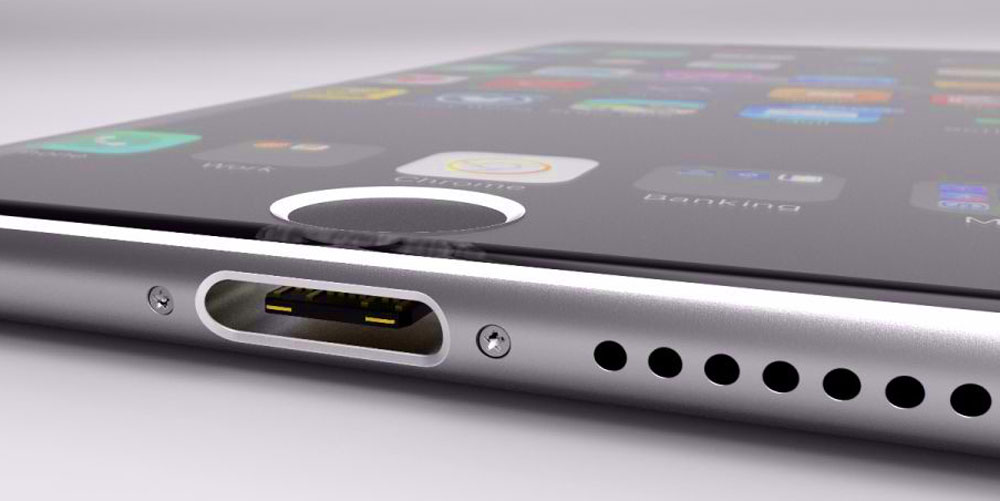 When Apple launched the iPhone 5 with a new-fangled Lightning port – instead of the 30-pin dock connector that had been a standard feature on every previous generation of iPhone, as well as on iPods since 2003 – there was a great deal of outrage.

‘What about all the docks and speaker systems we own that have 30-pin connectors?’ was the question many asked. The decision was described as arrogant and unreasonable. Apple was accused of profiteering, by forcing everyone to buy new cables, docks and speakers.

Apple responded in three ways. It pointed to the undeniable technical superiority of the new port. It explained the difficulty of making ever slimmer devices with a port designed for much thicker ones. And it assured everyone that this would be the last change for a long time – that the Lightning port would be around for many years to come …

Fast-forward four years, and the company faced very similar controversy over its decision to first drop the headphone socket from the iPhone 7, and then to drop all other legacy ports from the new MacBook Pro models in favor of USB-C. (That fuss started with the 12-inch MacBook, but it was the pro market which has been most vocal – and they viewed the first-gen MacBook as merely an executive toy.)

A year or two from now, I think the company may be about to provoke similar howls of protest: in my view, there’s a very strong possibility that either the 2017 or 2018 iPhones and iPads will abandon the Lightning socket in favour of USB-C.

There are, of course, three objections to this idea.

The first – that it would represent a second change in port for iPhones, with all the controversy that would imply – can, I think, be dismissed. Apple has a long track-record at being willing to weather short-term criticism for a move which makes longer-term sense. Abandoning first the floppy drive and later the optical one. Switching from FireWire to Thunderbolt. Dropping the headphone socket in the iPhone 7 and, not long afterwards, USB 3.0 ports and more from the MacBook Pro. Plus, of course, the previous port change in the iPhone itself.

Apple does not lack courage when it comes to announcing that it has made the decision to move on to newer and better tech.

The second is the physical dimensions of the two sockets. A large part of the reason for the switch to Lightning was the extremely compact dimensions of the socket, facilitating far slimmer devices. USB-C is notably wider than Lightning – something unlikely to prove an issue – but it is also very slightly fatter. For a company as obsessed with slim devices as Apple, that could prove a barrier.

But if you put a Lightning and USB-C connector side-by-side, as I’ve just done, there is vanishingly little in it. Given the depth needed for multi-layer screens, circuitry and – especially – battery, I can’t see that tiny sliver of a difference being of any practical consequence.

The third objection is that Apple currently makes a chunk of income from licensing the Lightning standard to third-party companies for its MFi program. Switching from a proprietary standard to a universal one would mean sacrificing those licensing fees.

Apple doesn’t disclose the revenue from those fees – it’s all buried somewhere within the ‘Other’ category. I’m sure the total annual sum isn’t trivial, but I’m also sure it isn’t a massive sum by Apple standards. Not enough to drive a decision of this importance.

What, then, would be the upside? The Lightning port is an extremely clever standard, able to perform multiple roles in an intelligently-reversible format, the physical pins being dynamically reassigned as needed. But USB-C is an even more capable standard. It offers all the advantages of Lightning – support for multiple protocols, intelligence, reversibility – but with support for more standards.

When Intel announced that it would be integrating Thunderbolt 3 into the USB-C standard, it described the new version of the latest USB standard as ‘one port to do it all.’ Unlike many such statements, which are more hype than reality, this description is perfectly reasonable.

USB-C supports USB 3.1, Thunderbolt 3, DisplayPort, MHL and superMHL, HDMI, DVI-D, VGA and even component video. Oh, and bi-directional power – allowing an external device to be powered or supply power – of up to 100 watts.

USB-C can also exercise a whole bunch of its capabilities simultaneously. For example, a single-cable connection between a 2016 MacBook Pro and a compatible monitor – like LG’s 5K UltraFine – can simultaneously:

And still have another three USB-C ports left over.

It’s precisely this reason – a single port that does everything we could ever need – that led Apple to equip its latest MacBook Pro models with nothing else (bar, ironically, a headphone socket).

Adopting USB-C for iOS devices also would allow Apple to standardize on just one port across all devices. That would massively simplify the cable and connector ecosystem. There would be no more talk of dongles and carrying multiple cable types – everything would be USB-C to USB-C. Not just one port to do it all, but one cable too.

Additionally, the high-speed data capabilities between Macs and iOS devices – like transferring a movie in just a few seconds – would enable Apple devices to work together better than ever.

So while the AirPods case cutout may or may not be a coincidence, there is in my view a compelling case for Apple to make the switch to USB-C in iPhones and iPads as well as Macs. The one remaining question is when it will do so?

We’ve heard plenty of rumors about the 2017 iPhone. OLED display, curved screen, bezel-free design, wireless charging, 3D camera, all-glass backs, embedded Touch ID … and more. If Apple were planning a switch from Lightning to USB-C, we might have expected to have heard some whispers about it by now.

That might suggest that Lightning will hang in there for another year. But I don’t think it will be longer than that – and I’d say there’s at least a chance that USB-C will take its place in 2017.

What are your thoughts? Do you think Apple will make the switch at all? And if you do, when do you think it will happen? Please take our poll, and share your views in the comments.