Comment: Could Apple be left with no choice but to do the wrong thing with the iPhone 8? 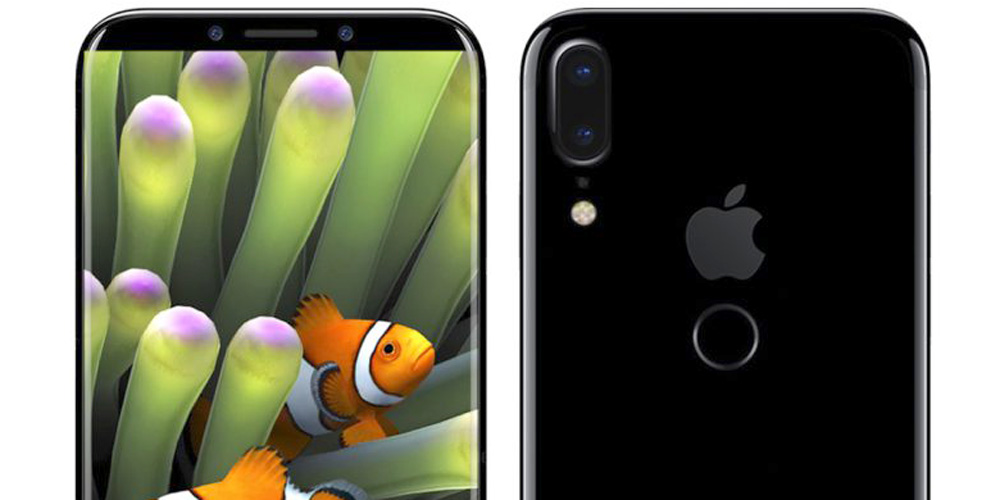 The last time a sketchy report suggested that Apple was planning to move the Touch ID sensor to the rear of the iPhone 8, I wrote an opinion piece saying that I didn’t believe Apple was dumb enough to do it. I set out the four reasons I didn’t expect it to happen.

Alongside multiple reports of a Touch ID sensor embedded in the screen, and supporting patents for the required technology, I felt there were two reasons in particular to doubt the idea …

Apple is the ultimate PR machine. If there were persistent rumors about its flagship iPhone model introducing an exciting technological development, and the reality was instead a boring, low-tech approach used by pretty much every Android brand out there, it would want to dispel those rumors to avoid disappointment. It would be quietly tipping-off the usual suspects so that expectations are controlled. There’s been no sign of it doing so.

Finally, a rear fingerprint reader is a terrible usability experience. You have to pick up the phone to activate it. You have to grip your phone awkwardly. You have to feel around for the sensor, to put your finger in the right place. It’s awkward to use with multiple fingers. And cases need ugly holes in them to allow access – which completely eliminates some case designs, like ones with card slots in the rear.

But there have been a couple of reports this week that suggest Apple might have no choice but to opt for the rear-mounted position.

The first was an analyst with at least some degree of credibility that said Apple was hitting yield issues with its preferred in-screen fingerprint reader.

Cowen and Company’s Timothy Arcuri is claiming that yields of a new fingerprint sensor that would be integrated into the iPhone 8 screen are low and that Apple may consider other less-exciting designs if the production problems cannot be solved.

The second, earlier today, claims to show actual schematics of a rear-mounted Touch ID sensor for the iPhone 8. If genuine, one possibility raised by that report is that this is a fallback design in response to the possibility that yield rates on the in-screen solution prove too low.

That ‘if genuine’ disclaimer is important, of course. While the schematic does have the right kind of look, and this would be about the time we’d expect these to leak for a slightly-delayed iPhone launch, this is some random Weibo post, so there’s no way to assess the source.

There’s also one reason that leads us to doubt the validity of the images: the position of the sensor. The usability problems I raised last time would be even worse with the Touch ID sensor mounted halfway up the phone rather than where the Apple logo is, which is a more natural position for your index finger. Perhaps, as one of our readers suggests, make it part of the logo. Positioning it so low down seems too much of a schoolboy error for Apple to make.

But the earlier report is at least plausible, and perhaps this is merely one of a number of fallback designs the company has considered. While I stand by all the arguments I made before, there is one simple counterargument: perhaps Apple simply has no choice?

Despite all the company’s patents, a fingerprint reader embedded into a display is bleeding-edge technology. The idea that it would hit production snags is a perfectly credible one. And while I personally think that even a near-bezel-free design wouldn’t justify such a poor usability experience, I can see how – in Apple’s position – I might feel that I had no choice.

First, because it is so far down the redesign road now that making fundamental changes wouldn’t be practical. But, more importantly, because it has to provide that near-bezel-free look. It’s what everyone is expecting, so anything less would be a disappointment. Its biggest competitor, Samsung, has just done it in a much-admired new phone. And, as The Verge noted, even no-name Chinese brands are doing it now.

So there’s no doubt that Apple is committed to the bezel-free design. And it’s perfectly possible that the in-screen tech simply isn’t proving practical. In which case Apple may be forced to do the wrong thing, opting for a terrible UI with a rear-mounted fingerprint sensor.