A true all-day assistant: The compelling argument for a camera in the Apple Watch 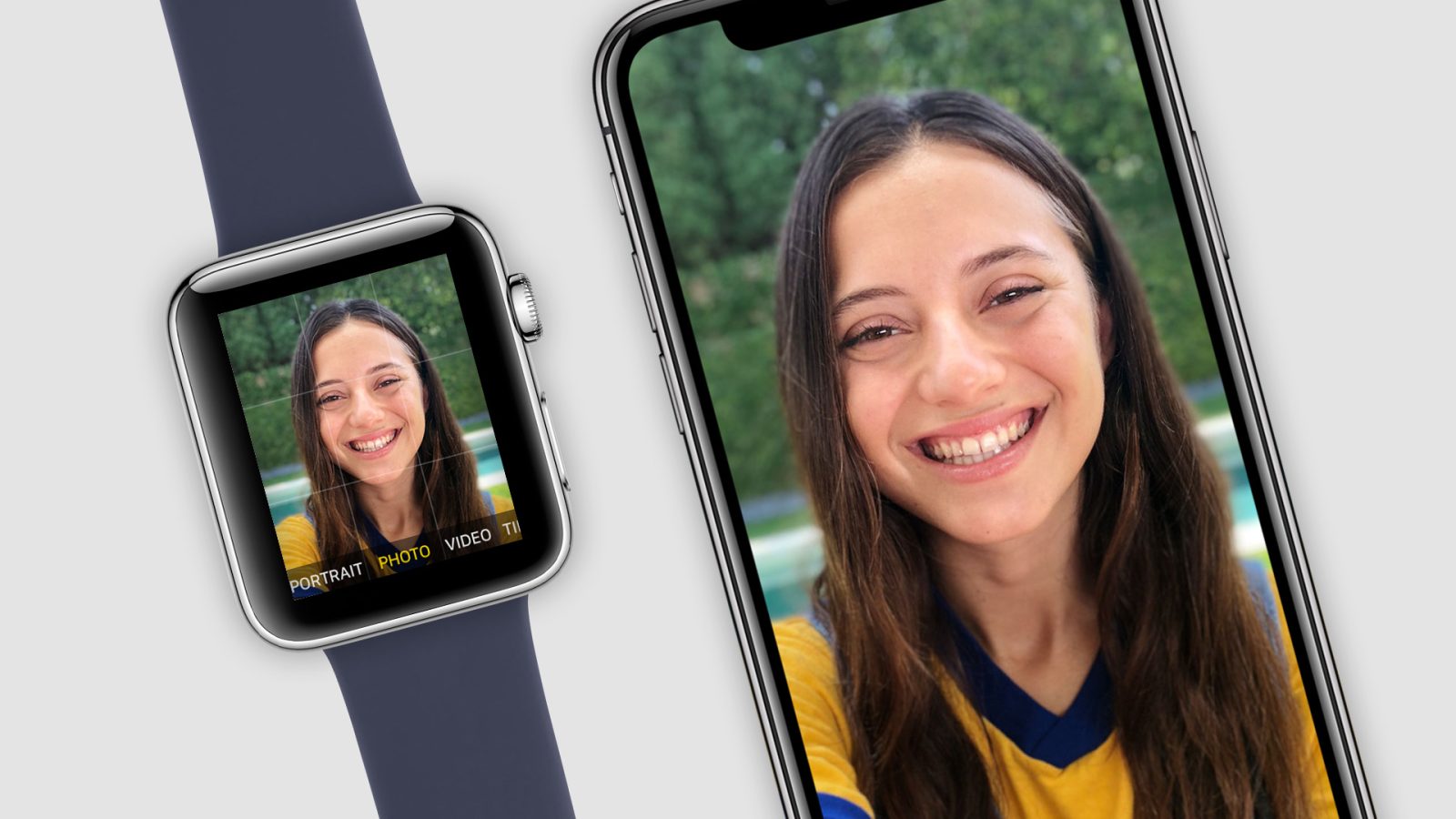 With the introduction of cellular connectivity in Apple Watch Series 3, it’s now more convenient than ever to leave your phone at home for quick trips and during workouts without consequence – for the most part. When you want to snap that quick photo or have a FaceTime video call, the Watch still won’t cut it. This is the one of the largest remaining friction points in a truly independent Apple Watch experience.

At first it might sound unnecessary, or even a little invasive to have a camera always on your wrist. However, Apple has been putting in place technologies over the last several years that may soon make a camera on the Apple Watch not just a reality, but an essential part of your day-to-day life. Let’s take a look at why now may finally be the right time for all of these pieces to come together.

Apple has been exploring the idea of a camera on your wrist for years. As early as June 2016, the company applied for a patent covering an image sensor in the Apple Watch. Since day 1, watchOS has shipped with an iPhone camera remote app, allowing control of your iPhone’s shutter within Bluetooth range.

Third parties have made attempts as well, such as CMRA, an Apple Watch band with a camera built in. So far, none of these implementations have made for an entirely seamless or elegant solution.

The original Apple Watch shipped with the underpowered S1 chip, a processor just capable of running core watch apps while maintaining all-day battery life. Apple Watch Series 3 ships with substantially more powerful S3 and W2 chips, and future models will only get faster. These chips are finally powerful enough to support the processing required for photos and video. 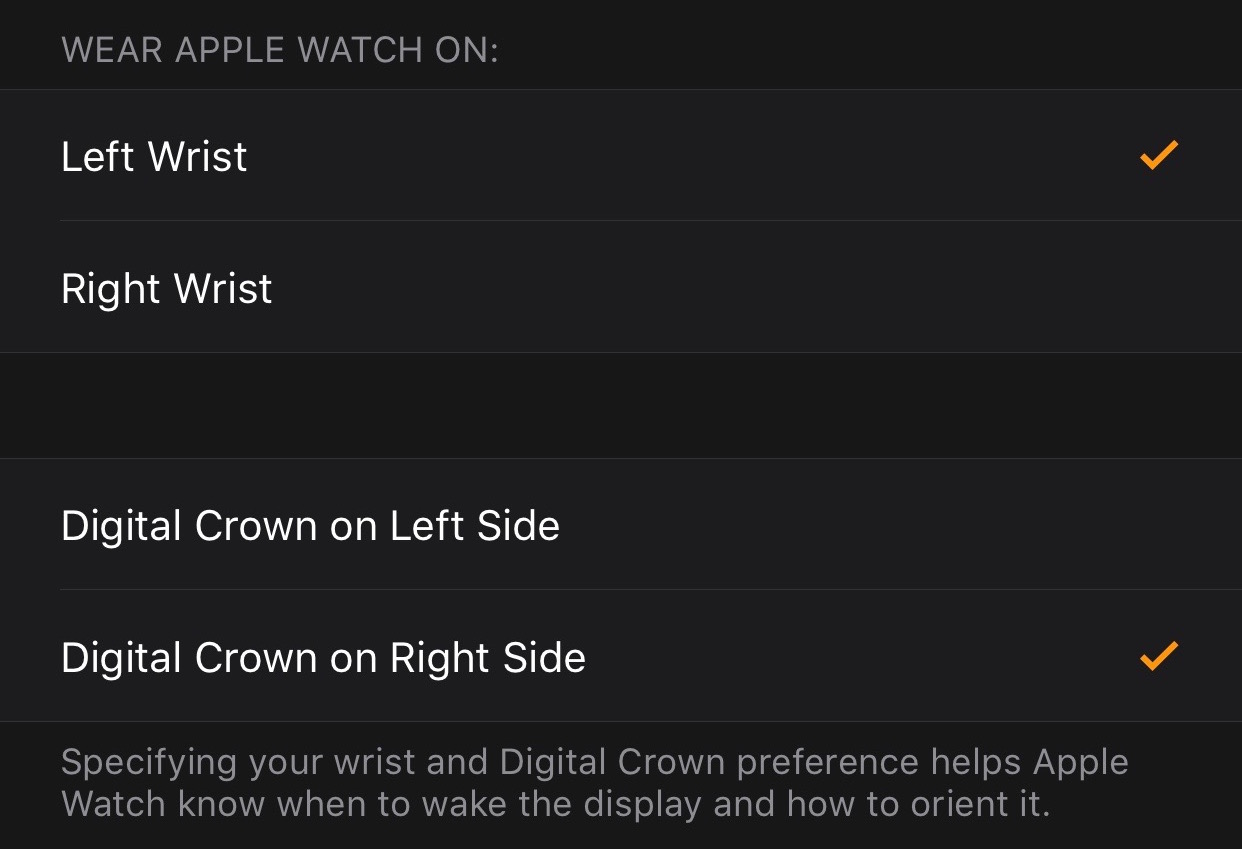 That said, the Apple Watch is a very small device, with little room for additional components. The most obvious place for a lens is on the frame of the Watch. While this approach could work, it has several drawbacks. First, not everyone wears their watch the same way. Apple even provides settings to let you change wrist orientation and crown positioning. The top of the one person’s Watch might be the bottom of someone else’s. Second, a visible lens on the Watch casing would substantially detract from its appearance. The Apple Watch is a fashion accessory, and Apple prides itself on the beautiful finishes and band options available for it. A camera lens would give the appearance of a gadget, not an elegant time piece.

With these factors in mind, the ideal place to position a camera is directly under the Watch’s display. Apple has been working on this, too. Patent applications dating back to 2007 reference cameras behind displays. Designer Mike Rundle has further detailed Apple’s ongoing work in this field. This technology is likely a major roadblock slowing the rollout of a camera in the Apple Watch, and may prove difficult to accomplish at scale.

Apple has worked around this issue in part on the iPhone X with “the notch”, but the Watch’s display is much smaller and can not afford to be reduced in size in any way. The complexity of the TrueDepth camera system and challenge of miniaturization could mean that we still have to wait several years before the technology makes it our wrists, but the pieces now all exist in some form or another to complete the picture.

All of this technology would be little more than a gimmick if presented without compelling reasons to use it. So why would you actually want a camera on your wrist?

It’s hard to talk about a wrist-mounted camera without drawing comparisons to Dick Tracy, as video calling is probably the most obvious use for an Apple Watch camera. Brief FaceTime video calls not only make for an impressive technology demo, but thanks to an LTE connection and the hands-free nature of the Apple Watch, it may prove even more convenient a device than an iPhone to make video calls on.

The Face ID authentication system was originally introduced to replace Touch ID on the iPhone X after Apple removed the home button, but the feature almost feels designed for the Apple Watch first. When your iPhone is unlocked, your Watch is by extension also unlocked, but what happens if your phone is out of range? Today, watchOS defaults to a simple passcode screen. Apple has built wrist detection into the Watch as a secondary layer of security, using the heart rate sensor to detect if you’re wearing the Watch or not. Neither of these systems are ideal or incredibly secure. Even Apple Pay transactions on watchOS rely on the same security principles.

Face ID would bring the Apple Watch’s security up to par with the iPhone X. Just raising your wrist and looking at your watch would authenticate it, no additional steps required. By extension, Macs would also enjoy the security benefits of Face ID, since an Apple Watch can be used to unlock a Mac or make purchases in Safari with Apple Pay.

Face ID detects when you are looking at the display of your device, and this feature could be put to use in other parts of watchOS as well. No longer would you need to tilt your wrist or tap the Watch display to activate it, just glancing down at your watch face could turn it on. The same technology could be employed to make sure the display does not shut off while you’re still looking at it.

Apple originally marketed the Watch as its most personal device ever, but parts of this dream have seemed to languish. watchOS 1 included a now defunct interface for displaying your favorite contacts, and the side button was dedicated to displaying it.

A selfie camera could bring the dream back to life and revitalize developer interest in the Apple Watch along with it. A quick photo or video message is an easy way to respond to a message without a keyboard, and more personal than an audio message. Third party apps like Snapchat and Instagram could also embrace the camera and tailor their Story experiences for the wrist.

Another watchOS 1 feature that has been largely forgotten was animated 3D emoji, reminiscent of the iPhone X’s new Animoji. In concept, the feature was a novel way to expressively reply to messages, but the experience was ultimately frustrating because of the long list of emoji to scroll through to find the face you were looking for. Animoji on the Apple Watch would make replying to a message as easy as a smile.

Introduced with watchOS 2, Nightstand mode allows your Watch to double as an alarm clock when docked at night. An Apple Watch camera could extend this feature even further, turning the Watch into a home security camera or intelligent baby monitor when docked. Sensors in the True Depth camera system could detect unusual motion in the room and automatically send an alert or snapshot to your iPhone. 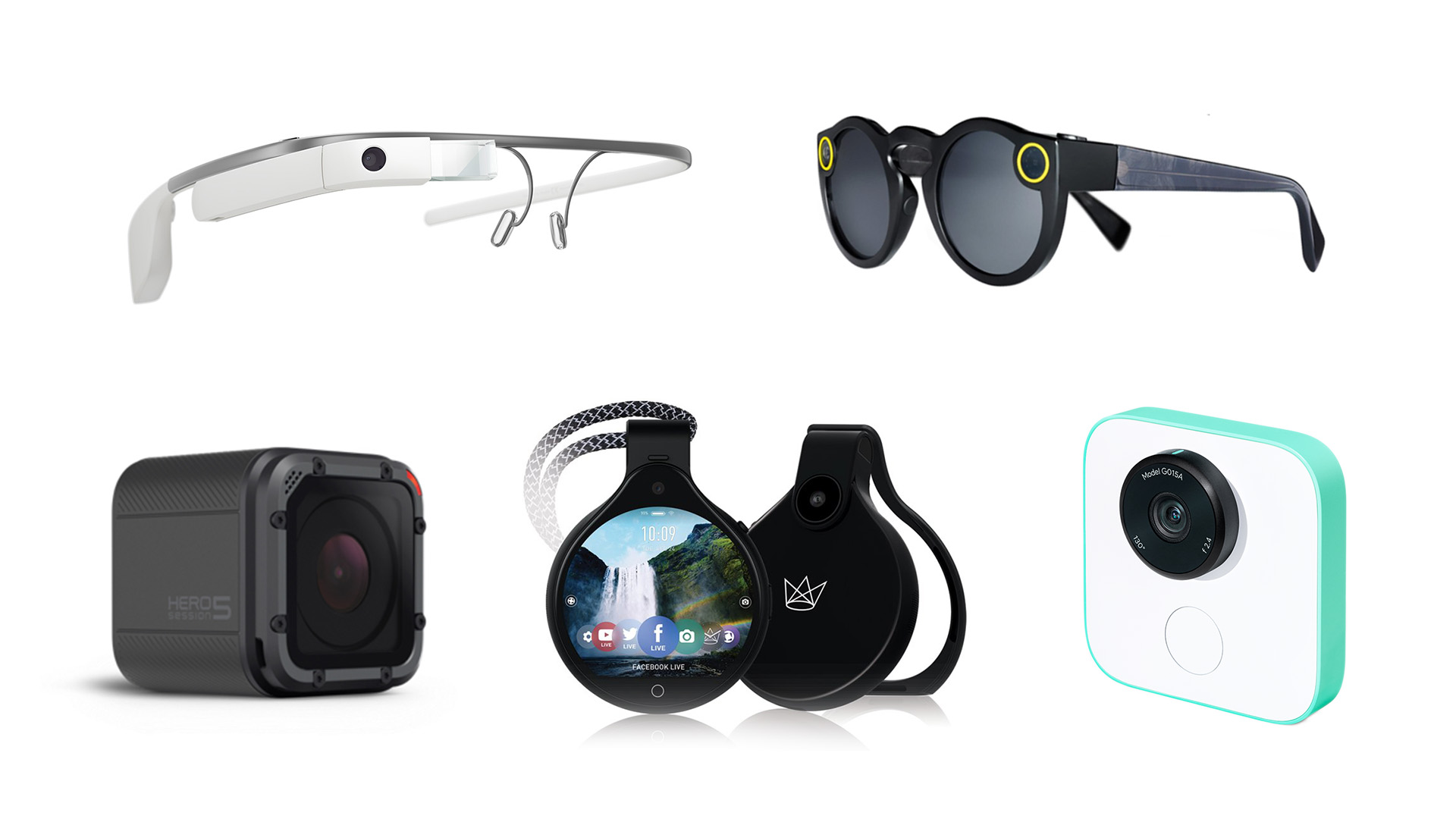 Several cameras that have already embraced the idea of “eyes-free” photography.

In order to supplant the need to carry your iPhone everywhere, an Apple Watch camera also needs the ability to take traditional photos and video – not just selfies. Ultra-mobile photography will require a rethinking of the way we take photos today, a paradigm shift that other companies have already begun to familiarize customers with.

Products like the GoPro, Snapchat Spectacles (and Google Glass before it), wearable cameras like FrontRow, and the new Google Clips camera all rely on the concept of “eyes-free” photography. As camera technology improves, it becomes no longer necessary to meticulously compose every shot beforehand – you can rely on the camera to do much of the work for you. 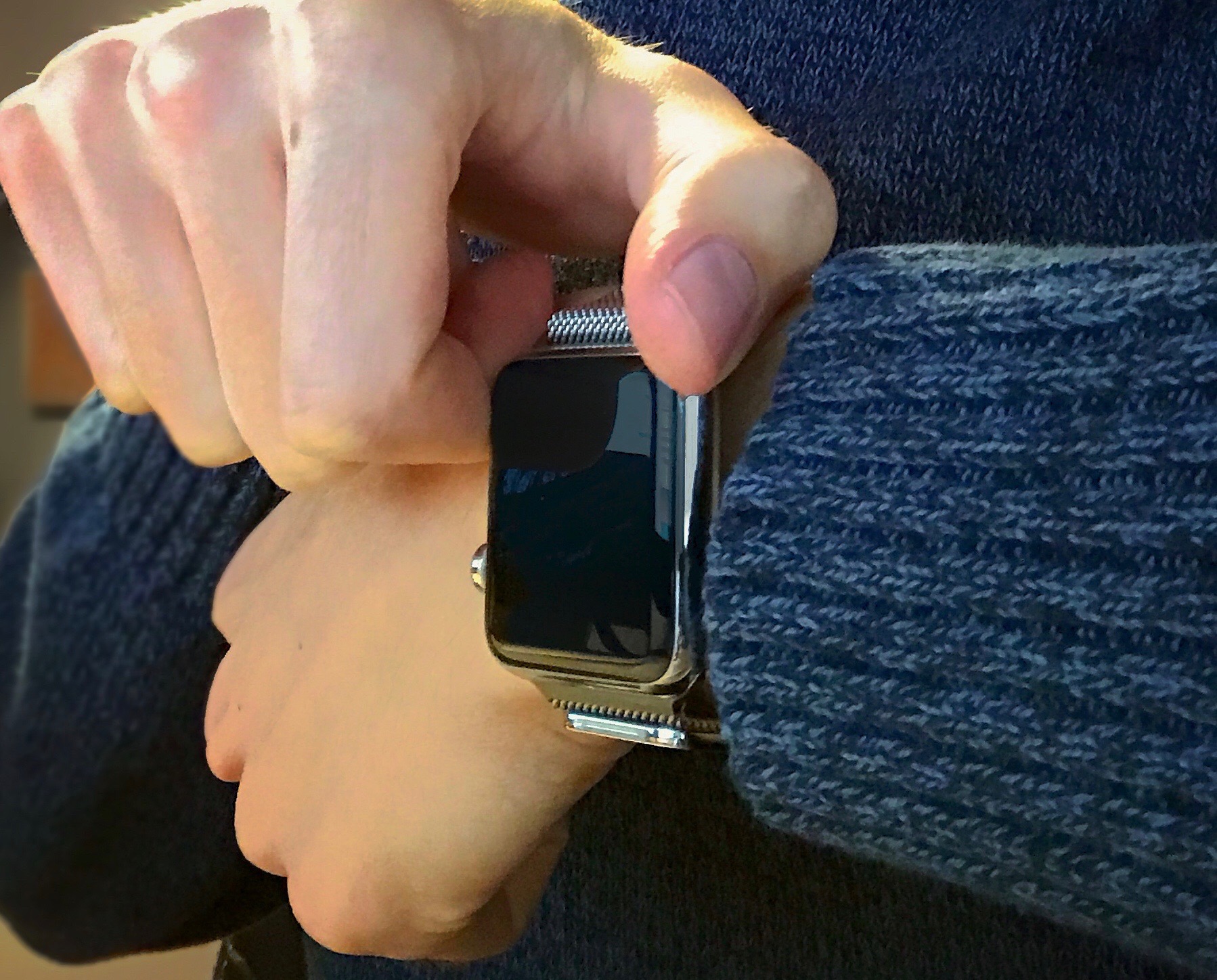 Taking a photo on Apple Watch could be an “eyes-free” experience.

Similarly, the Apple Watch’s camera could be operated without ever needing to look at a screen. In fact, with an image sensor embedded under the display, the device needs to be pointed away from you to capture photos of the environment. The solution starts with a wide angle lens. GoPro cameras use wide angle lenses to capture as much of a scene as possible, making sure you don’t miss any of the action.

How will you trigger the shutter? A software button isn’t an option, and tapping on the display would obscure the camera’s line of sight. A simple press of the Watch’s side button while in the camera app could be mapped to take a photo, a universal shortcut that is easy to access no matter if the display is pointed towards you or away. Access to the camera could also be provided by a watch face complication, or by remapping a double-click of the Digital Crown to open the camera app instead of the last used application. 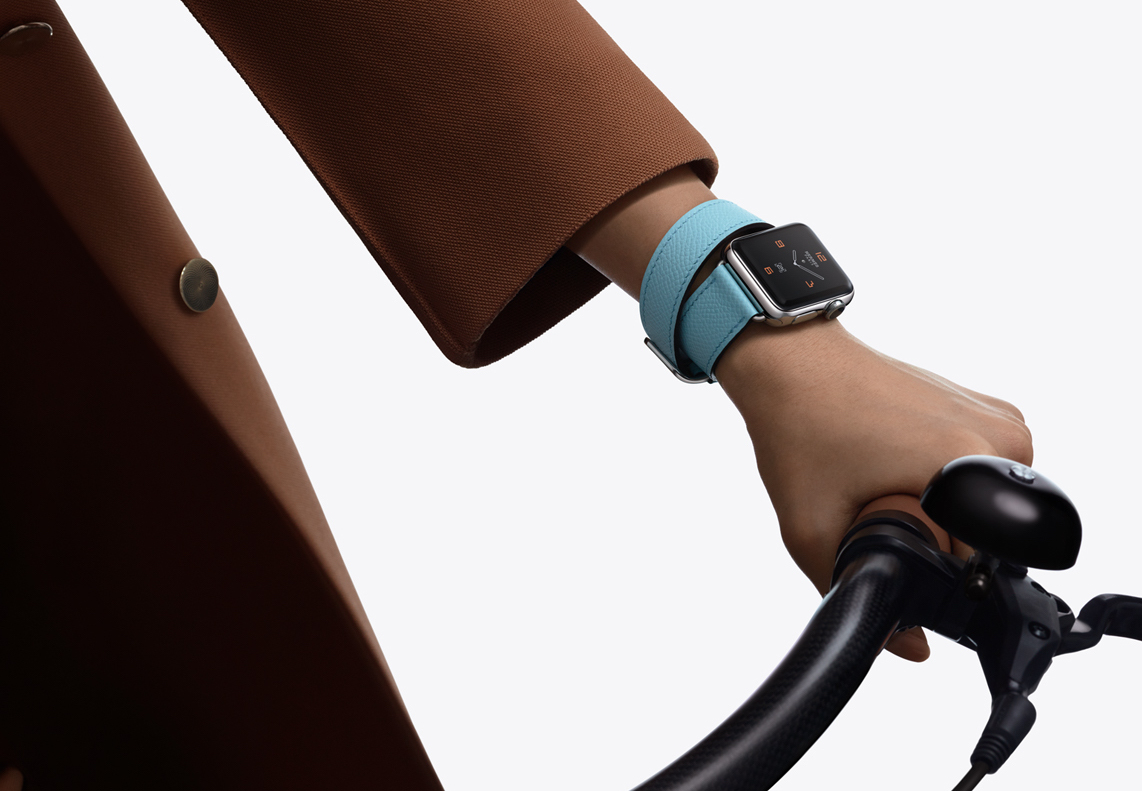 Shooting From The Hip

Eyes-free photography brings some interesting new capabilities and challenges along with it. The popularity of live-streaming has exploded thanks to tools like Facebook Live and Periscope, and an Apple Watch camera could bring live streaming and video to the wrist, making grabbing a quick clip more seamless, and enabling safer and more alert journalistic coverage of news events, like we’ve seen with political protests and rallies.

Without looking at a display, you’re bound to end up with crooked photos and shaky video. The challenge, then, falls on the software to compensate for you. The Apple Watch could benefit by taking photos and video in a 1:1, square aspect ratio. With no clearly defined portrait or landscape device orientation, users can take photos with their Watch pointed any way they choose, and rely on watchOS to automatically crop, rotate and stabilize their photos and videos for them.

The diagram above shows how an image sensor with similar resolution capabilities to cameras Apple is shipping today could comfortably produce a 5-megapixel image even in extreme cases of a 45-degree tilt correction. This is thanks to the square aspect ratio, which is very forgiving to reframed images.

Square format video, already popularized by social media feeds and even Apple’s own Clips app, also enables more extreme stabilization techniques. Above is a sample of video I shot at wrist level, paying no attention to capturing a stable or straight shot. With software processing, the video can be cropped and stabilized to create a smooth clip.

Apple first popularized mobile photography with the original iPhone, and helped to make the camera an essential part of our daily lives. As it continues to establish the Apple Watch as a critical and independent health tool and all-day assistant, it’s essential that a camera becomes part of its experience as well. Emerging technologies and new ways to use photography could make this a feature that we look back on and wonder how we ever lived without it.