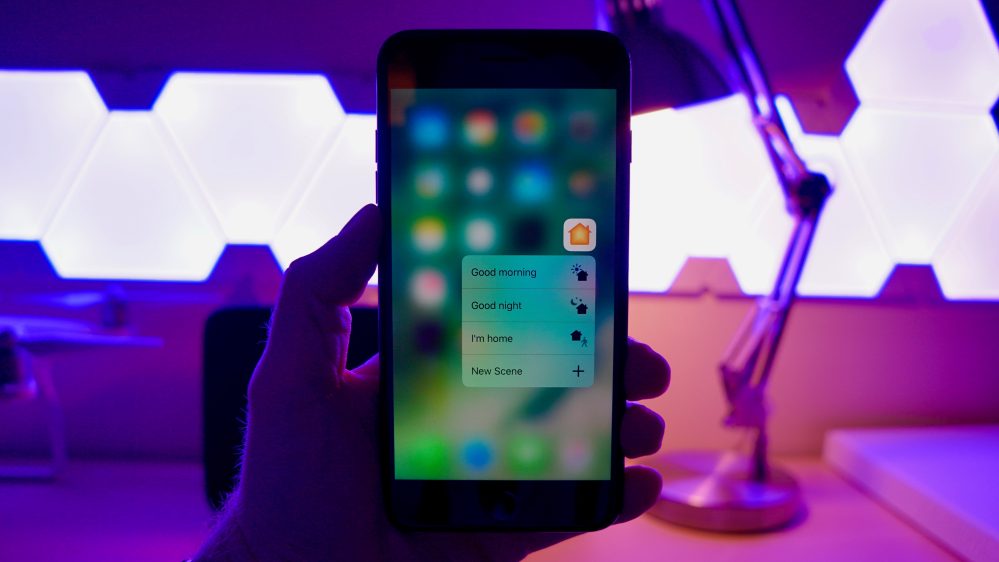 Apple’s HomeKit home automation feature can be super convenient when you have the right accessories in place, but finding compatible hardware isn’t always the easiest. That finally started to change last year with the introduction of lots of new HomeKit-enabled smart home products.

That trend appears to be continuing based on new HomeKit accessories we saw at CES 2017 last week. HomeKit works best in my experience when you have lots of accessories like bulbs, plugs, thermostats and locks, and there is plenty of new hardware on the rise.

These are the best new HomeKit products hitting the market this year:

August already offers one of the easiest connected locks to install and start using with the $229 HomeKit-enabled Smart Lock (review), and now the company is introducing the $99 Mortise Kit for mortise style locks.

Carrier is launching its first HomeKit-compatible smart thermostat this year with a new model in its Côr line. The company says its upcoming HomeKit HVAC controller will ship for $249 in early 2017.

Current Côr thermostats from Carrier won’t be compatible with HomeKit so you’ll want to wait for the new model or check out some of the current options like ecobee3 (review) and ecobee3 Lite, Honeywell Lyric Round (review) and Lyric T5 (review), and iDevices Thermostat. 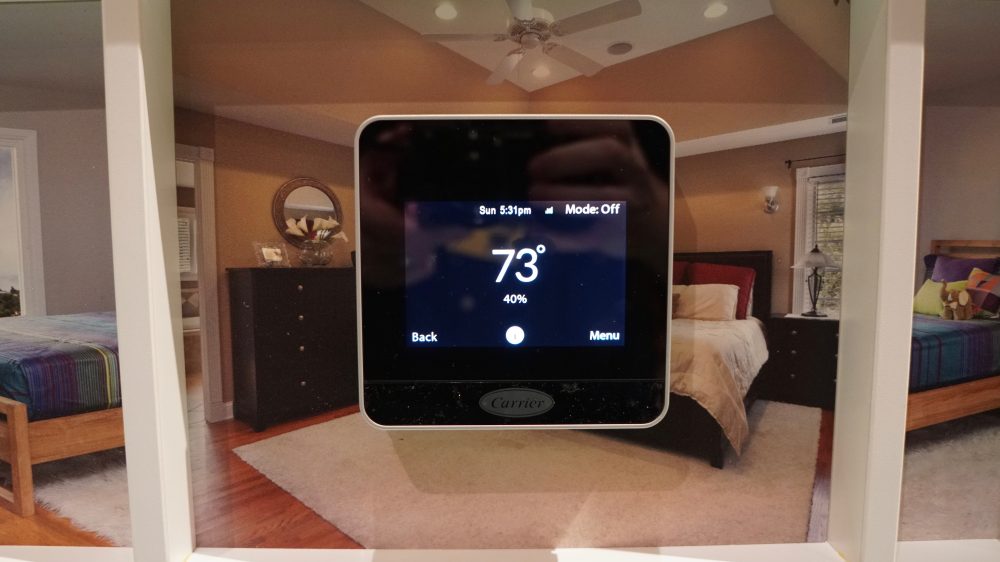 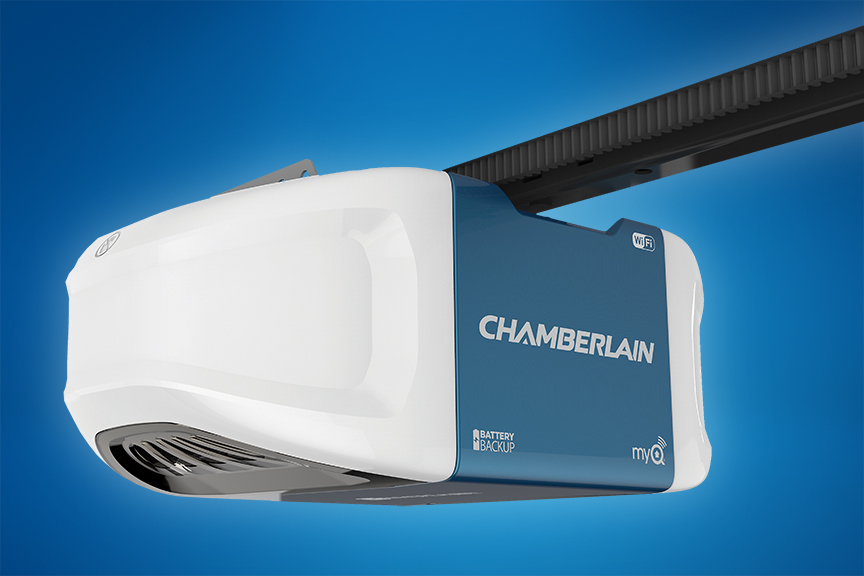 D-Link will be shipping one of the first HomeKit-compatible home security cameras this year after iOS 10 added support for video in Apple’s new Home app.

Omna 180 Cam HD will offer a “full 180-degree field of view for whole-room viewing, 1080p resolution, night vision, motion-detection, two-way audio and a microSD card slot with support for 128GB cards.” Pricing and availability aren’t yet known but we’re getting closer after commitments to ship were first made last summer. 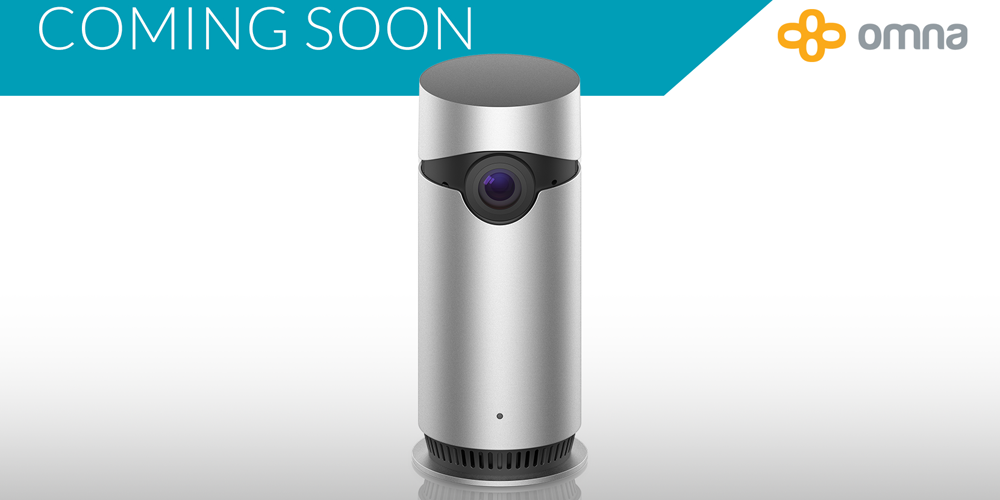 Elgato had an impressive showing of HomeKit hardware at CES this year with current and upcoming accessories on display.

Eve Extend is a battery-powered Bluetooth range extender that makes using outside accessories possible or more reliable. Pricing and availability will be coming in the future.

Focalcrest has promised an upcoming Mixtile Hub that claims to be able to make smart home accessories that rely on ZigBee, Z-Wave, and other protocols compatible with HomeKit. Ubisys has a similar solution in the works for later this year.

Koogeek is expanding its HomeKit lineup with $34.99 Smart Plugs and $50.99 Smart Sockets that work over Wi-Fi and will launch this year.

Honeywell currently offers two HomeKit thermostats mentioned above, and soon the company will introduce HomeKit support for its Home Security and Control system. 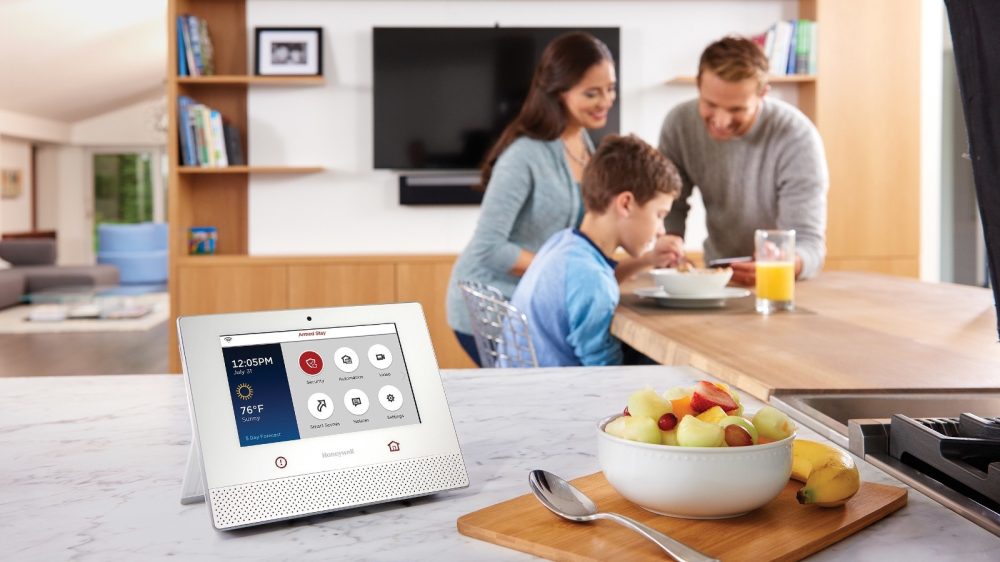 iDevices makes HomeKit-enabled lights and plugs, and a new wall-mounted Instant Switch will control those accessories for under $100 starting this summer.

Incipio has a $99 Smart Power Strip coming in Q2 with four individually controllable HomeKit power outlets which is one of the first of its kind. A Smart Wall Switch will also arrive in Q2 for $59.99. 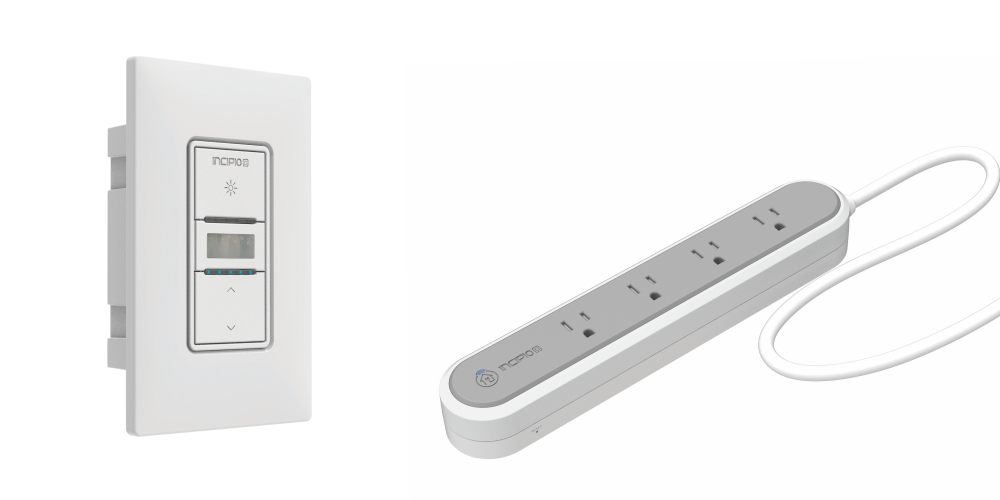 Kwikset has HomeKit support in its latest Premis smart locks which are shipping now for $229. 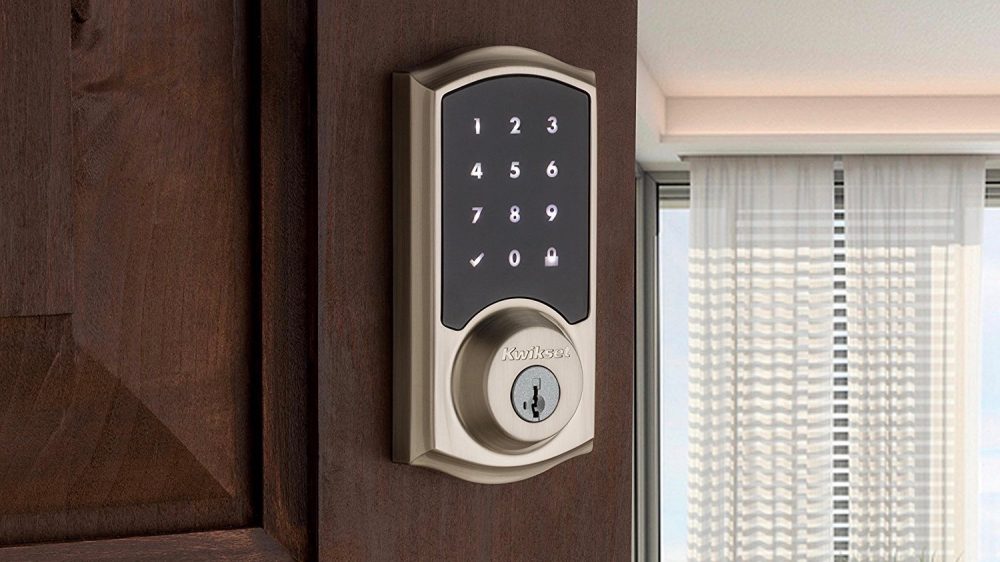 Nanoleaf showed off one of the most unique HomeKit-related products with their upcoming Music Visualization Module for Aurora smart lighting panels (review). This addition will allow Aurora lights to react to music with unique scenes that you can set with HomeKit which earned it our Best of CES 2017 award in this category. 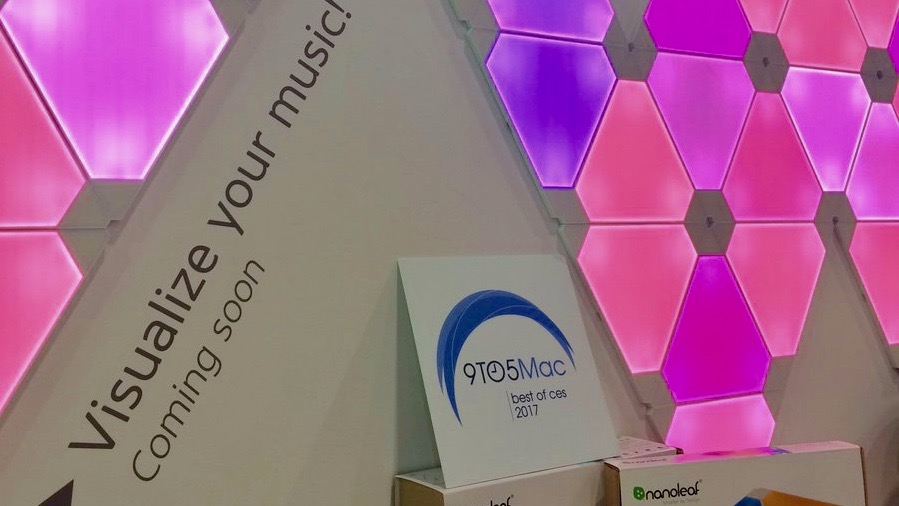 Netatmo is adding a small collection of HomeKit-compatible smoke detectors with their upcoming Smart Smoke Alarm. OneLink currently offers the only shipping HomeKit smoke detector for around $100. Pricing and availability for Netatmo’s hardware isn’t available yet. 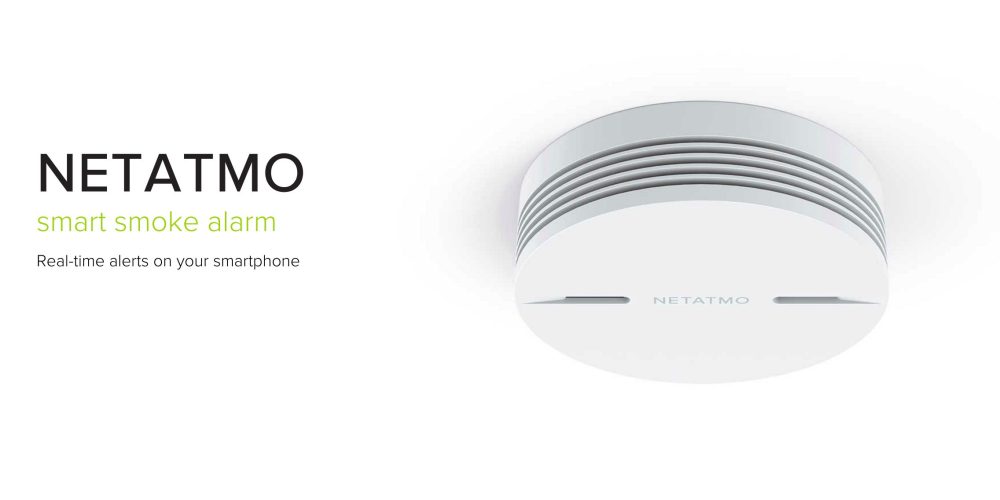 Ring committed to working with HomeKit last summer when video support was added, and last week the company unveiled a $249 Floodlight Cam that will work with Apple’s Home app. Pre-ordering is available now ahead of an April launch.

Withings is bringing HomeKit support to its Home Plus baby monitor and home security camera in the first quarter of this year for $199. 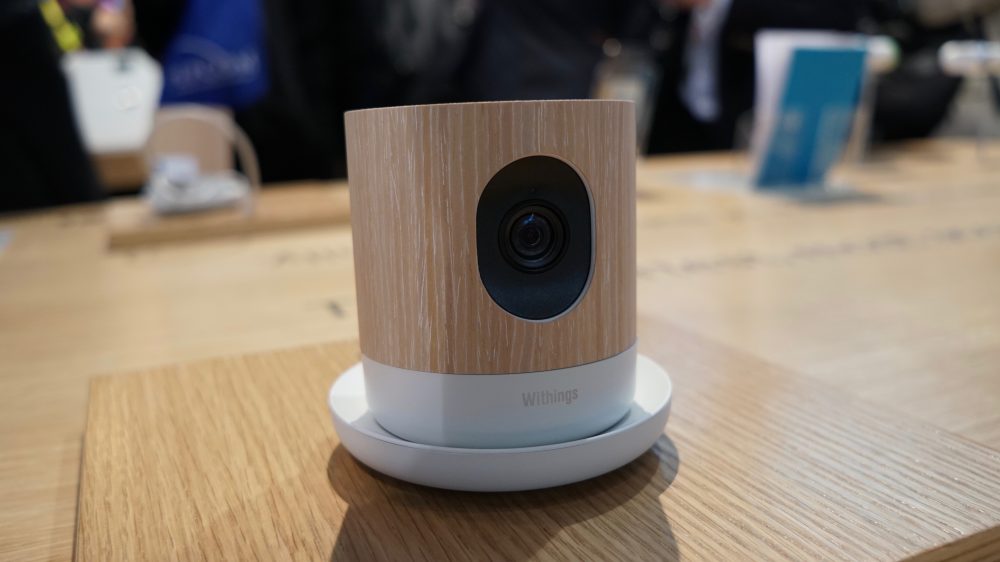 The original Withings Home camera won’t have HomeKit support and is being discounted ahead of the new model.

The company had a demo of HomeKit support with the new hardware at CES 2017, although networking issues prevented a live demonstration. Still, you can see how video will be handled in Apple’s new Home app when HomeKit cameras hit the market in a few months.