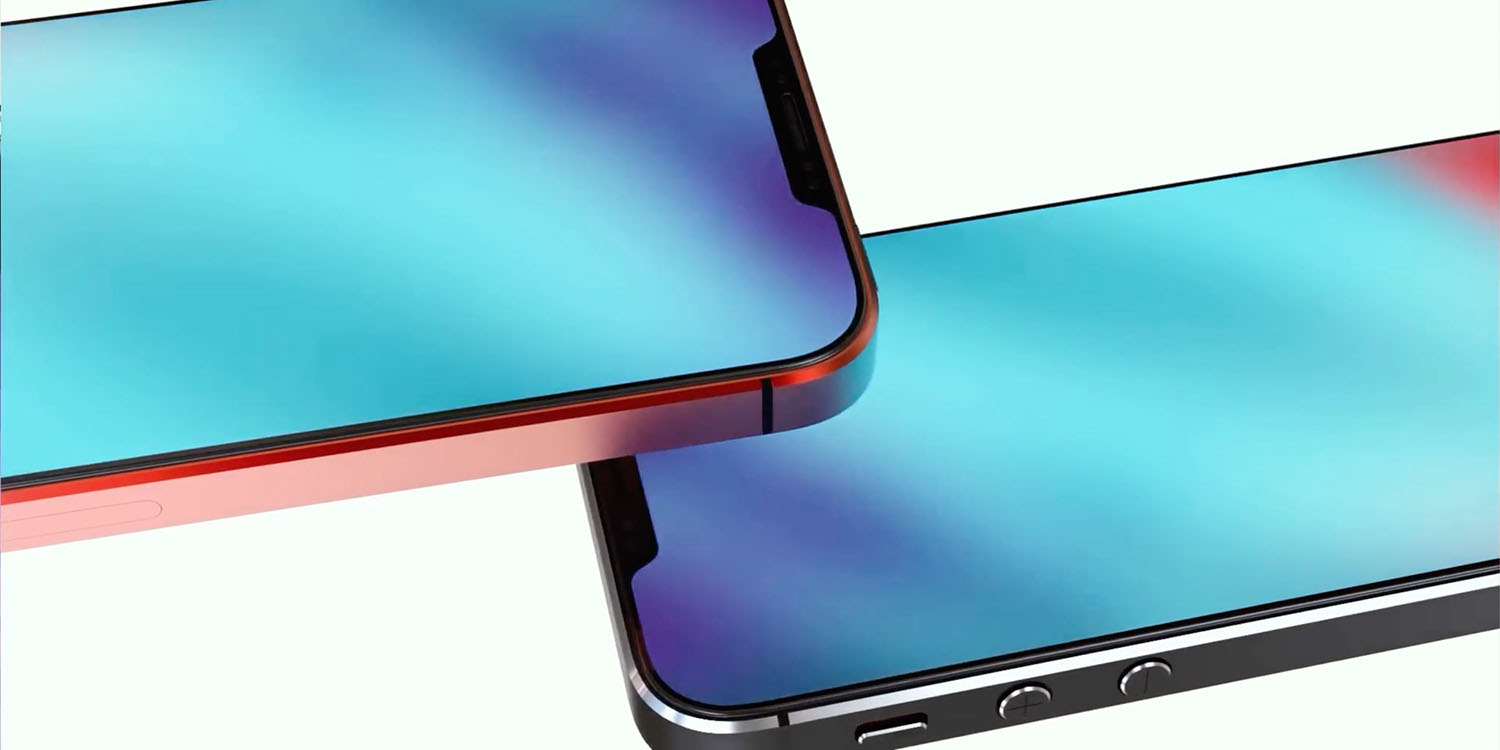 I’ve already outlined my current take on my Apple devices, and given my report card on Apple’s 2018 hardware. We’ve also looked at what we might expect in 2019. In this piece, I’m giving my Apple wish list for 2019.

My wish list items are not what I expect, but what I’d like in an ideal world. For each, I’ve rated my estimated likelihood of the wish coming true …

Anyone who knows me could probably guess this one.

I’ve already explained why I think all hope is now lost. Essentially, it doesn’t make sense to remove a model from sale – however outdated it might be – before the replacement is available. See pre-2018 MacBook Air, Mac mini or current Mac Pro for details. These were all products that were well past their sell-by date, but which Apple kept on sale until it had a new version available.

But as this is a wish list item rather than an expectation, it’s definitely number one. I love the pocketability of the iPhone SE. I love the slab-sided design (now mirrored in the latest iPads). Remove the bezels to give an all-screen display (with Face ID notch) and you’d have a very usable amount of screen space in a really compact unit.

This really could be a standout iPhone, and given that Apple is able to sell the significantly larger iPhone XR for $749, I’m guessing the company could hit a $600 price point here, which many consider the sweet-spot. I could see this being a really popular product for those who want a smaller or less expensive device without denting iPhone XS sales to any real extent.

Chances of this happening: Almost non-existent.

AirPlay 2 has addressed my issues over the flakiness of the older version of the protocol, and also provided much slicker multi-room support. I also applaud Apple’s decision to allow third-party speakers to provide direct access to Apple Music.

But there is currently very little choice when it comes to AirPlay 2 speakers. I’d absolutely love to see AirPlay 2 support as standard in higher-end speakers like those from Bang & Olufsen and Bowers & Wilkins – as well as in as many mid-range speakers as possible.

The Sonos ecosystem aside, AirPlay 2 could become the de facto standard for multi-room audio, but Apple needs to work much harder at establishing partnerships here. Whether that’s attractive licensing terms or selling compatible speakers in Apple Stores and at apple.com, it’s an investment that could really pay off in the long run. Ditto for allowing Apple Music support via all third-party voice assistants.

Chances of this happening: Reasonably high

I’m not a fan of either Apple or Beats audio quality, but the W1/W2 pairing system is what Bluetooth should have been from the start. It’s slick, simple and reliable.

Exactly as with AirPlay 2, Apple has the chance to make this an important standard by making it available to third-party premium audio companies on attractive terms.

Chances of this happening: Very low – likely to remain an Apple/Beats exclusive

4. A FLAC tier on Apple Music

I love music, so offer no apologies for items 2-4 all having a common theme.

Just over a year ago, I suggested it was time for Apple to start offering lossless music formats on iTunes. But time has moved on, and almost all my music these days is streamed from either Apple Music or Spotify. And Tidal has demonstrated that lossless streaming is technically feasible, even if it hasn’t been able to make it financially viable at $20/month.

I was recently given the chance to try out another hi-res streaming music service coming to the US early in 2019. I can’t share details as yet, but, like Tidal, it will offer a FLAC tier – offering a mix of CD-quality tracks and full 24-bit FLAC tracks at up to 192kHz. It will be somewhat more expensive than Tidal, but the planned pricing is at a level I’d be happy to pay given a sufficiently large catalog of 24-bit music.

Apple’s fortunes were revived by music – the iPod turning it into a popular consumer brand, and providing a path to the iPhone which dominates the company’s revenues today. It still has a huge focus on music through Apple Music, the Beats acquisition, HomePod, AirPods and more. A FLAC tier for Apple Music would be a logical next step – as well as providing a boost to Apple’s increasingly important Services revenue.

Chances of this happening: It has to happen eventually, but I’d bet against 2019

Alongside the Mac Pro due to be launched sometime in 2019, Apple has also revealed that it’s working on a new display.

Given the fact that Apple currently recommends the LG UltraFine 4K and 5K displays, which are just 21.5-inches and 27-inches respectively, I’m not overly optimistic about the company creating what I’d really like. But this is a wish list, and having used one 35-inch curved widescreen monitor, I’m totally sold on the format.

A really wide monitor would allow me to use a single monitor instead of my current setup of a 27-inch Apple Thunderbolt Display supplemented by the built-in display on my 15-inch MacBook Pro.

My ideal would be to use the MBP in clamshell mode and have all my windows open on one monitor. For work, that’s two decent-width browser windows side-by-side plus a Slack chatroom to the left. And once you get up to that kind of width, curved is almost a necessity to feel comfortable viewing all the content – with a really wide flat monitor, you and up scooting your chair back and forth to feel you’re in front of the window you’re using.

So my wish list spec is: Apple-standard aesthetics, which ideally means anodized aluminum; probably 4K rather than 5K, to leave more available bandwidth for connectivity; bezels as thin as possible, consistent with an HD webcam; single-cable connection to my 15-inch MacBook Pro, including 87W power delivery; at least one Thunderbolt 3 port for downstream connectivity.

I made the case for this in an iPad Pro Diary piece. The exec summary is that, while I wouldn’t want to go any larger than the 2018 12.9-inch model when it comes to a device for mobile use, there is scope for one for use at home.

Many iPads never leave the home anyway, and all the benefits of the 12.9-inch model – especially a much more immersive experience – would apply even more to a larger model.

I know some argue that there’s the 15-inch MacBook Pro for people who want that size screen, but an iPad is a friendlier device for sofa use. It’s more suitable for a lot of leisure uses, and doesn’t have the connotations of a work device that a laptop does.

Chance of this happening: Moderate. There’s been a lot of interest in the idea.

7. iOS 13 to finally move beyond the static app grid!

Apple made the sensible decision to focus on reliability for iOS 12, delaying some of the new features we were initially expecting, but that only ramps up expectations for iOS 13.

One of the rumors is a revamped Home screen. It’s absolutely crazy that we still have the same static grid layout on 2018 devices that we had on the first iPhone in 2007. And don’t even get me started on the absurdity of that 5×4 grid on a 12.9-inch iPad …

Windows Phone may have been a commercial failure, but that was mostly because Microsoft’s full-scale entry into the mobile field was way too late. The flexible layout and ‘live tiles’ feature – where, for example, a news app displays headlines – made iOS look incredibly dated.

I’m not saying that Microsoft’s implementation was perfect, but the concept was good: you should be able to arrange the Home screen space to suit your own needs. Make important apps large, lesser-used ones small. Have the option of dynamic content for all apps, whether it’s the subject line of a newly arrived email, the most recent photo you took or a live feed from a home security camera app.

Chances of this happening: Very high

8. Other macOS and iOS improvements

I’ve previously argued for a proper ‘padOS’ for iPad, including windowed apps and support for a trackpad.

And here are some of my feature requests from this year:

Chances of these happening: Apple has implemented some of our feature requests in the past, so at least one or two are likely.

So, that’s my Apple wish list for 2019 – what about you? Please take our poll to add your support for the ones you’d like to see happen (you can check as many as you like), and of course share your own wish list ideas in the comments.