Lady Gaga rumored to be performing at Apple Park opening ceremony [U: Confirmed] 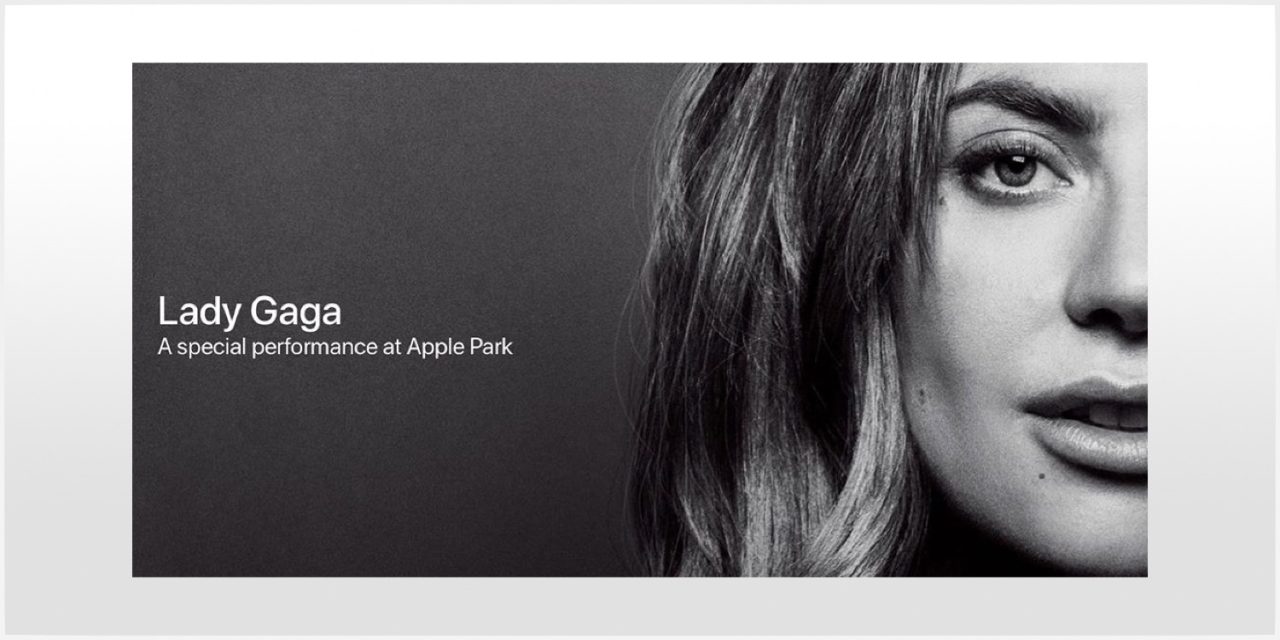 Update: The rumor was indeed correct.

The mystery of the rainbow stage at the center of the Apple Park campus was recently solved, Apple’s intranet revealing it to be for the formal opening of the campus …

It isn’t yet known who will be performing, but a Lady Gaga fan account on Twitter has suggested that the American singer-songwriter might be in line for the gig.

There are unconfirmed reports that Lady Gaga will be performing at Apple Parks’ formal opening event tomorrow, celebrating Steve Jobs.

Lady Gaga would be a slightly odd choice given Apple’s famous sensibilities. At a recent SAP event, she asked the audience if they were ready to engage in bedroom aerobics – though not in those exact words – and is not really noted as a family-friendly performer.

However, Gaga certainly has the credentials for such a high-profile event.

Gaga is one of the best-selling music artists with estimated sales of 27 million albums and 146 million singles as of January 2016. Some of her singles are also among the best-selling worldwide. She has grossed more than $512.3 million in revenue from her concert tours and residencies, becoming the fifth woman to pass the half-billion total as reported to Billboard Boxscore. Gaga has consecutively appeared on Billboard magazine’s Artists of the Year (scoring the definitive title in 2010).

Named Woman of the Year in 2015, she is the 11th top digital singles artist in the US with a total of 61 million equivalent units certified according to Recording Industry Association of America (RIAA).

Beyoncé is another artist who has been suggested as a potential headline act for the concert. The singer has been involved in a number of Apple promos over the years.