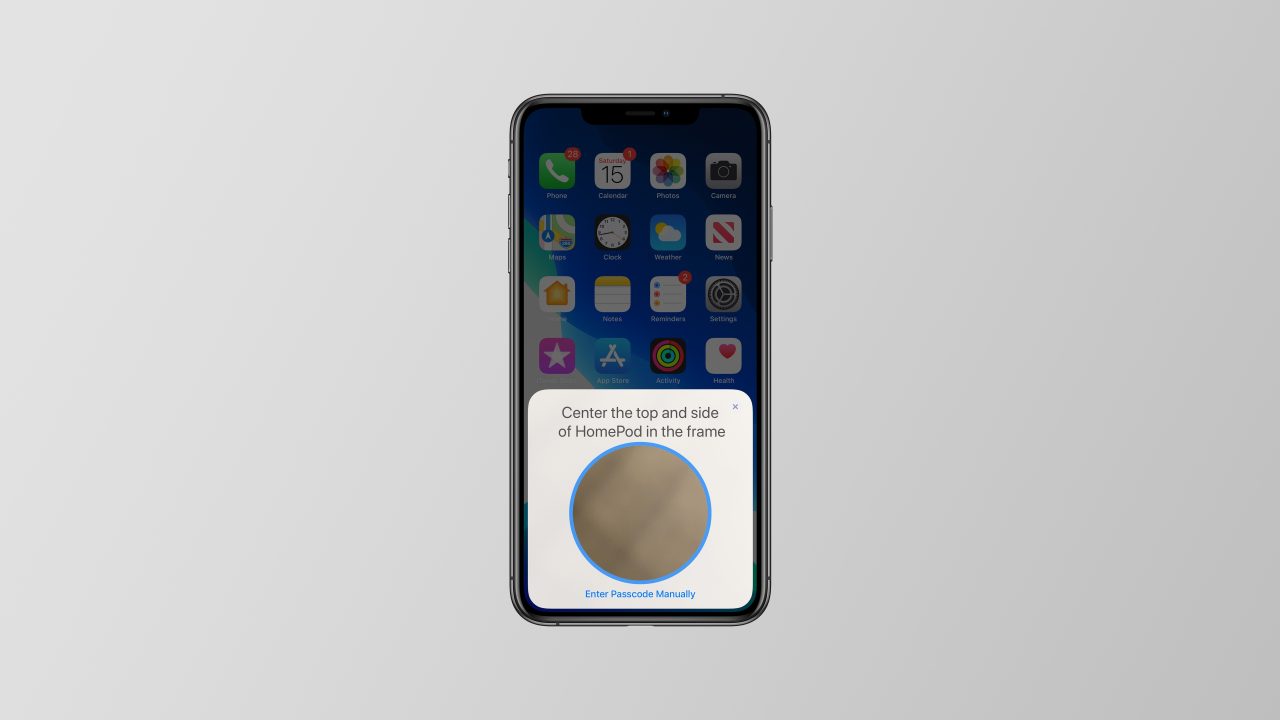 We’ve already rounded up many of the changes that iOS 13 brings, including a hands-on video look at over 200 changes and features. One small but notable change is that iOS 13 includes a slightly different HomePod setup process.

When HomePod first launched, you would set it up by holding your iPhone next to it, and launching AirPods-like pairing wizard. From there, HomePod would emit a sound, allowing your iPhone to pair with it.

In iOS 13, however, the new HomePod setup interface requires that you scan the LED pattern on the top of your HomePod using your iPhone or iPad. This prompt appears during the setup wizard your iPhone, requiring that you use your device’s camera to complete the process.

In some ways, this new pairing process is a bit more of a hassle than the old method because you have to be close enough to the device to scan it with your camera. In general, however, it should be more reliable since the original audio pairing was susceptible to failure because of conflicting noises.

iOS 13 includes several new features for HomePod users. First and foremost, HomePod can now recognize different voices, offering a new multi-user experience. This means Siri can customize its responses based on who is speaking.

HomePod is also adding support for Handoff this year. If you walk into a room with music playing on your iPhone, you can simply tap your iPhone to the top of the HomePod to seamlessly switch to HomePod playback. There’s also support for integrating HomePod into automations in the Home app and Shortcuts.

iOS 13 is available in developer beta now and will be released to the general public this fall, as will the HomePod OS update.

It looks like there’s a new HomePod pairing mode in iOS 13 that, instead of using the traditional audio passcode, uses a LED pattern on top of HomePod that’s read by the other device’s camera. pic.twitter.com/QSUKi1wPOX