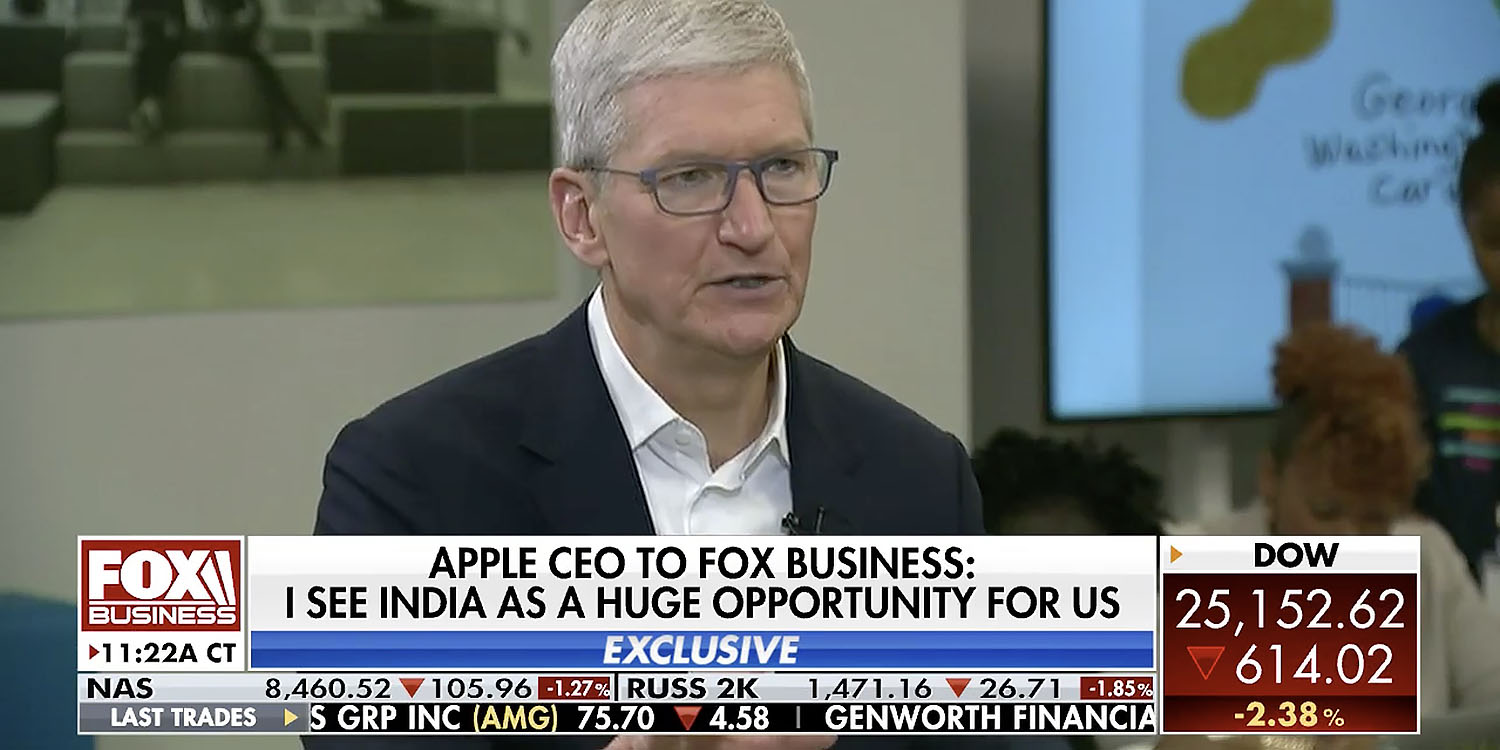 We learned during the Apple shareholder meeting that the company is planning to open an Apple Store in India in 2021 – and it has now been revealed that this was in part thanks to an intervention by the Trump administration.

Cook confirmed that Apple will open its online store in India this year, with plans to open its first retail stores in the country during 2021. Cook said that the company had to seek special approval for this because the Indian government wanted it to work with a partner. “We wouldn’t be a very good partner in retail. We like to do things our way.”

The long road to opening Apple Stores in India

Apple had wanted to do this for a long time but was hampered by government legislation requiring foreign companies to source 30% of production locally in order to get permission to open own-branded retail stores.

The company’s iPhone assemblers have been ramping up local production for some time. We learned last summer that Foxconn had plans to expand production at two existing plants as well as build two more. Foxconn began making the iPhone XR in India in the fall, with plans to do the same for the iPhone 11.

Fellow iPhone assembler Wistron – which makes the iPhone SE, iPhone 6S and iPhone 7 locally – opened a third plant which was reported in January to be ramping up to full production. Wistron is also assembling circuit boards locally; previously these had been imported into India fully-assembled.

There had previously been talk of India agreeing to relax the 30% rule somewhat, and it now seems that lobbying by the Trump administration helped. Business Insider notes that Cook mentioned this during an interview on Fox News.

Apple will no longer have to find a partner as, according to Cook, the Trump administration lobbied on Apple’s behalf.

“The administration worked on this with the Indian government and that change has been made,” he said.

Cook said that working with Trump had been about ‘finding intersections’ of common ground.