Opinion: The ‘Apple is doomed’ messages are booming, but are entirely wrong 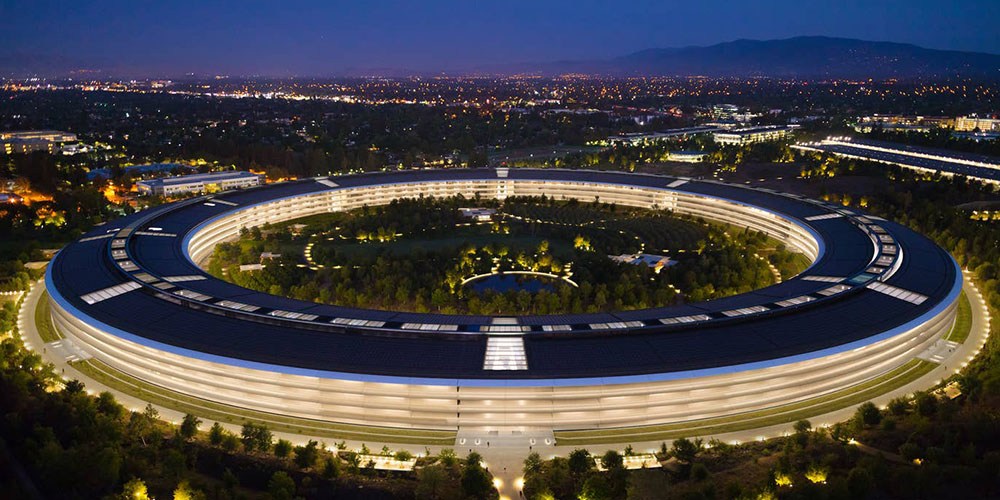 The idea that ‘Apple is doomed’ has been a constant refrain from some quarters throughout the decades, and has been given something of a boost during the coronavirus crisis.

First, there was the opening quarter of the year – Apple’s fiscal Q2. There was a dramatic difference between Apple’s original guidance and the actual numbers …

Delays do not mean Apple is doomed

Apple originally guided an extremely high $63-67B for the quarter, then withdrew the guidance and actually delivered $58.3B. On paper, that’s a dramatic hit.

In reality, not so much. There’s a very simple reason for that gap: the delayed launch of the new iPhone SE.

Given that Apple’s revenue for the same quarter last year was $58B, there was no possible way that guidance $5B to $9B higher made any sense unless the company anticipated a huge chunk of extra income this year. That extra income was clearly expected to be from iPhone SE sales.

It didn’t happen, because the iPhone SE wasn’t launched that quarter. But once it was, in this quarter, reviews were favorable – and early indications are that the new budget model is selling well. Indeed, financial uncertainties mean that a budget smartphone with decent performance becomes more, rather than less, appealing, so it may now be selling even better than Apple had expected.

So my guess is that much of the revenue Apple expected during Q2 has simply been shifted into Q3.

Then there’s talk of a delay to the launch of the iPhone 12. We don’t know for sure, but a lot of reports suggest this is at least plausible, and I’d actually say it’s more likely than not. Given that the new flagship models normally go on sale within a week or so of the end of Apple’s fiscal Q4 (calendar Q3), it would take only a very short delay indeed to kick all of the revenue into the following quarter.

But again, so what? Whether the revenue hits Apple’s balance sheet in one quarter or the next is hardly of great significance to anyone other than short-term investors in the stock.

But what about the long-term economic impact?

Coronavirus lockdowns are likely to last for many months yet. We don’t know in what form and to what extent, but there are a couple of plausible scenarios.

One, a very gradual easing of lockdown conditions that would see the economy make a gradual return to some kind of normality. Two, a faster easing of restrictions once the immediate crisis has passed, followed by a tighter lockdown over the winter when the virus may be more deadly and when hospitals will also need to cope with the usual seasonal flu outbreak at the same time.

Beyond the end of the year, no-one knows. The most optimistic scenario would be that, like the original SARS outbreak (SARS-CoV-1), it simply fades away. That seems less likely this time around, as it has spread further and faster, so containment is just a distant dream at this point – but it’s not impossible. The most pessimistic view is that it remains a significant threat on a permanent basis, either constantly or seasonally.

Between the two views is my own: that some mix of immunity from those who have had it, and an effective vaccine, means that it remains but is reduced to more of a background problem rather than a major threat.

Whatever the future holds, the economic hit will be huge, and long-lasting. It would be entirely fair to say that many businesses will fail, and many others will struggle for some considerable time. It would also be fair to say that during economic downturns, people will rein-in discretionary spending – which certainly includes buying an expensive new smartphone every 2-3 years.

But even if we take the more pessimistic suggestions, there’s no reason Apple can’t thrive.

It may be that the crisis accelerates the lengthening of iPhone replacement cycles – that people start holding onto their phones for four or five years rather than two or three.

But that was a trend we’ve been seeing for some time now. An increasing number of people were of the view that the smartphone innovation curve has flattened, and we’re seeing only incremental changes each year, so they might as well hold onto their existing model for longer.

Apple was already responding to that trend. It was already offering a cheaper semi-flagship model each year – the iPhone XR and the base-model iPhone 11. It was already discounting models in more price-sensitive markets, like India and China. And, of course, it was quietly working on a new budget model, the iPhone SE.

It’s a similar story with the iPad. Back in 2017, Apple launched the $329 base-model iPad, a move which made a very well-specced model – all the iPad many people would need – for a much lower price.

It’s taking longer on the Mac side, but I think it’s entirely possible that ARM-powered Macs will create a more affordable entry point. I recently made the argument that a significantly cheaper MacBook would be both feasible and beneficial.

Feasible because a huge proportion of the cost of an Intel chip is the intellectual property. That costs way more than the silicon. Apple could have TSMC make its own chips for dramatically less than the cost of buying current Intel ones.

Beneficial because Apple needs to persuade developers to convert their apps, and the best way to do that is to show them that there are a huge number of ARM Mac users out there.

That we might see, in effect, a new iBook or eMac.

But that’s just one end of the scale. If previous financial crashes have taught us anything, it’s that there is always demand for premium products even in a crisis. Some people remain wholly or largely unaffected. Even for people who may struggle, it’s in tough times when little luxuries become even more appealing – and small, everyday luxuries is Apple’s bread-and-butter. Apple will continue to make plenty of money from its premium products too.

There are new products on the way

Finally, Apple isn’t just about the iPhone, iPad, and Mac. Its wearables have been an increasingly important part of the product mix. Services continue to grow. Plus there are completely new products in the pipeline.

Cook yesterday said what he of course always says:

This business [has] our best product pipeline ever.

But hyperbole aside, it will always be true that Apple has new products in development. There will be big gambles, like Apple Glasses, which may be huge (perhaps eventually replacing the iPhone) or a complete flop. There will be small things like AirTags, which are likely to be enormously popular. And there will be in-between things, like over-ear headphones, which aren’t likely to be technically exciting but will be fashionable and almost certainly sell well. Plus, of course, all the things we (and perhaps Apple) don’t yet know anything about.

Apple is not doomed

So no, Apple isn’t doomed. Its business may contract in certain areas. The challenges of re-opening retail stores may limit sales opportunities for a time. It may well sell fewer flagship iPhones this year and next.

But the company now has a broad range of products at a wide range of price-points. It has new product categories coming down the line. It has huge cash reserves to see it through any choppy waters. And it is busy buying back its own shares to benefit from the inevitable financial recovery at whatever pace and point that occurs.

Apple may see temporary setbacks, but if there’s one business I’d bet on riding out this storm better than most, it’s the one with the spaceship campus.

That’s my view; what’s yours? Is Apple doomed? Will it plod along nicely? Or will it thrive? Please take our poll, and share your thoughts in the comments.