Next-gen iPad Pro will support fast 5G, launch in first half of next year 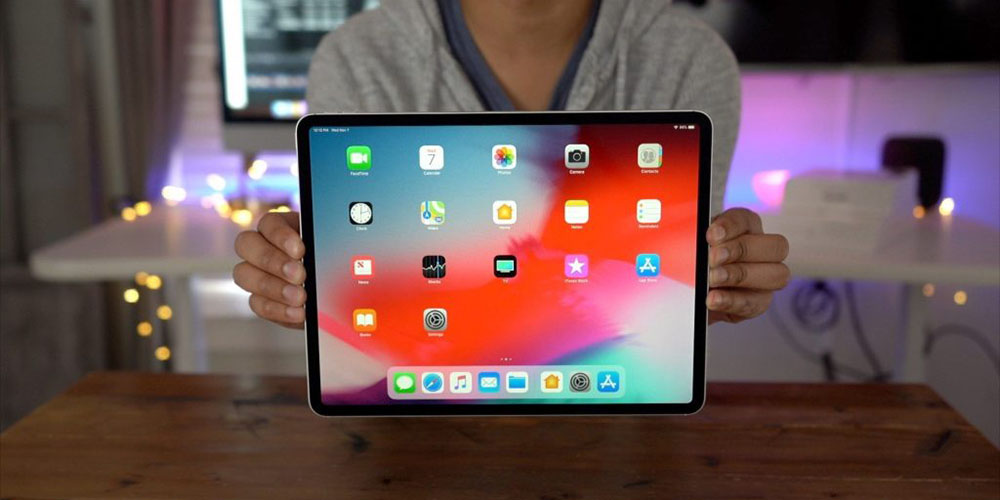 The next-gen iPad Pro will use the Snapdragon X55 modem, meaning that it will support both 5G standards, including the fast 5G offered at particularly busy areas like airports, train stations and tourist hotspots. The claim has been made by noted leaker @L0vetodream.

mmWave is needed to get the gigabit speeds of the faster 5G standard, while sub-6Ghz offers slower speeds but much greater range …

One tweet said that two new iPad Pro models would launch in Q1 or Q2 of next year, with an A14x processor. It also provided codenames for the models, L517 and J522. That would suggest either a March event or unveiling during WWDC.

Another confirmed two things we’re already expecting – a mini-LED screen and 5G support – but claims to reveal the specific 5G modem Apple plans to use: the Qualcomm Snapdragon X55.

The X55 is a Qualcomm chip.

Qualcomm claims that this is capable of speeds up to 7.5Gbps, though in practice 1Gbps would be the limit for most 5G infrastructure, and the fastest average speed seen on US networks was a little over half a gigabit, at 506Mbps.

It has previously been suggested that the iPhone 12 might use a similar modem, the X60. Apple is able to use Qualcomm chips after the two companies settled a messy legal battle.

It was back in April of last year that we first heard Apple was working on mini-LED screens for both iPad and MacBook, a claim repeated in September.

Kuo believes that Apple prefers mini-LED style panels to OLED because the two technologies provide comparable color gamut, whilst the mini-LED technology is not as susceptible to image burn in.

Apple also likes the fact that it can source mini-LED panels from many suppliers whereas Samsung still dominates supply of medium-sized OLED displays.

A report in February said that Apple had already placed orders for the technology for upcoming iPads.

At that time, a fall launch was expected, but a subsequent report said that supply-chain disruption had pushed this into next year.

As a consequence of the coronavirus supply chain disruption, Apple has reportedly delayed the release of the first 5G iPad to 2021. Economic Daily News reports that the product was originally meant to launch in the fall, but the epidemic has interfered with the roadmap.

You can learn more about what we’re expecting from the next iPad Pro models in our recent roundup.