Apple Glasses, folding iPhone, Apple Car: What rumored product are you most excited for? [Poll] 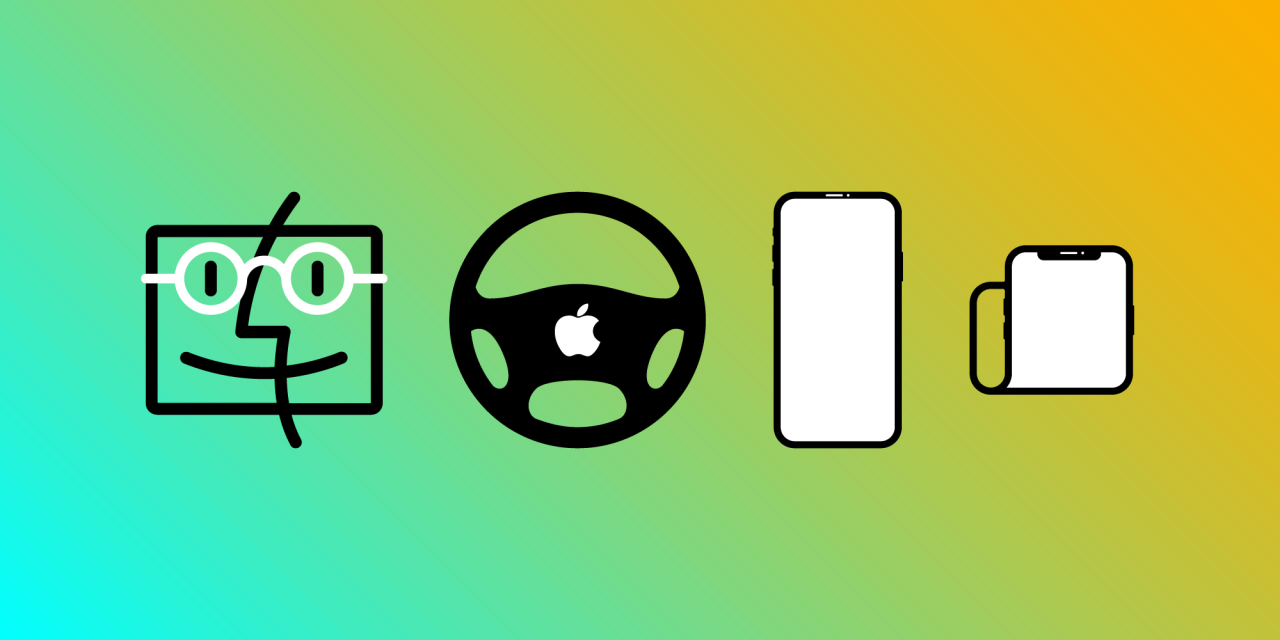 Over the next four years, Apple has some really compelling new products that could make it to market. When it comes to iPhone, Apple will likely realize its goal to create a single slab of glass by eliminating the notch and could also debut its first foldable. In the AR/VR space, we should see Apple’s first headset and possibly Apple Glasses. And wading into all-new territory, Apple Car could launch in that window along with other new innovations in the health industry and more. What Apple products are you most excited to see launch?

iPhone and the whole smartphone market is quite mature at this point, but there could be a few notable changes coming in the years ahead.

Creating an iPhone with a single slab of glass design has been Apple’s goal for many years. When the iPhone X launched, Jony Ive noted Apple was getting closer, but it was just the start:

We have a lot more big ideas and we are already working on them […] Rather than one ending of the iPhone, it is rather a new chapter and the beginning of its development.

In a recent report, reliable analyst Ming-Chi Kuo says we could see Apple move to a punch-hole cutout for the 2022 iPhone, and then if all goes well, a true full-screen iPhone with no notch in 2023.

Potentially more interesting is the innovation we’ll see with foldable smartphones over the next four years.

Forecast for 2023, Kuo believes we could see Apple debut its first foldable iPhone. Again, this depends on how smooth development goes, but he thinks it would be a 7.5 to 8-inch screen size when unfolded.

Bloomberg previously reported that Apple is indeed working on a foldable but said a launch timeline is unclear. We’ve also seen Apple file multiple patents for a foldable.

Apple CEO Tim Cook has been building the hype for AR for years now, and it’s starting to look like we could see some compelling mainstream devices and use cases as soon as this year but certainly over the next several years.

Microsoft just announced its new Mesh platform that will offer AR/VR experiences with its HoloLens 2, as well as other devices.

Meanwhile, Apple could debut its first AR headset as soon as this year, with Apple Glasses coming around 2023 or later.

Reports of Apple Car efforts being reinvigorated have really ramped up over the past few months. Apple has apparently been in talks with a host of various possible partners for manufacturing.

After reportedly almost reaching a deal with Hyundai/Kia, Apple ended discussions there. In any case, if everything went perfect, we could see Apple Car roll onto the scene as early as 2025. However, Ming-Chi Kuo believes it could be pushed back as late as 2028, too.

We’ve also heard a report that the first Apple Car could arrive as a robotaxi with a driver-less design.

Tim Cook has also shared multiple times that Apple’s greatest contribution to the world will be health related. In the next four years, we could see Apple debut innovation around Apple Watch, health, a combination of health and AR/VR, and more.

Tim Cook also said that it would take a few years for Apple Silicon to roll out to the whole Mac lineup. We’re expecting to see new iMacs, MacBook Pros, and possibly more arrive as soon as this year.

Another market we could see Apple innovate in the coming years is fintech. Although more of a long-shot, there could be a lot of opportunity in cryptocurrency and more for Apple:

The coming years will certainly be exciting, so what are you most looking forward to? Feel free to vote for as many options as you want. Share your thoughts in the poll and comments below!