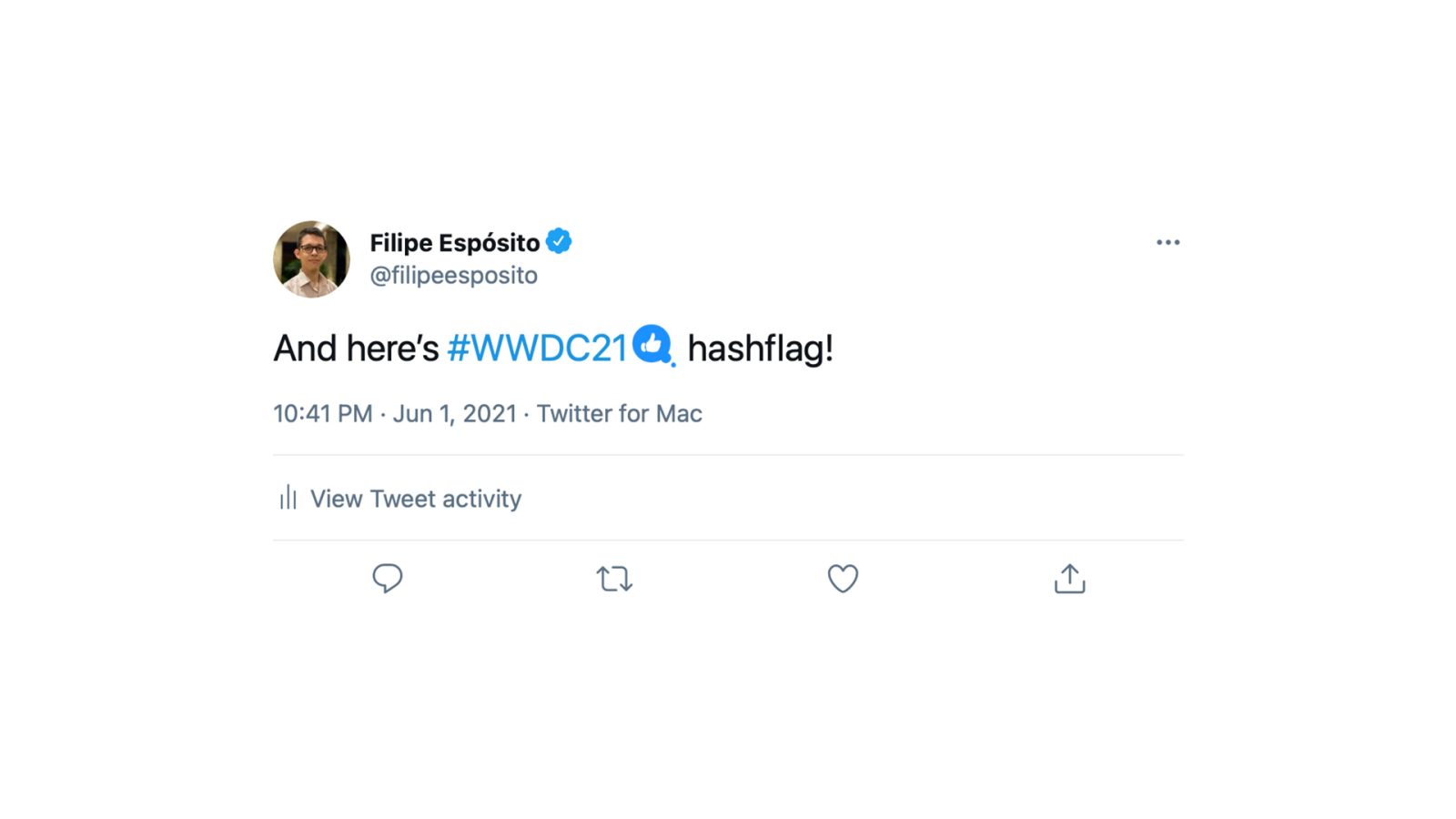 WWDC 2021 will take place June 7-11, and Apple has already confirmed that it will hold the traditional opening keynote on Monday at 10 a.m. PDT. Ahead of the event, the company added a new WWDC 21 hashflag to Twitter with a custom icon for the official event hashtag.

A hashflag is an icon displayed next to some special hashtags on Twitter. Apple has used this feature on multiple occasions in the past, such as for its April event. This year, the hashflag chosen for #WWDC21 is a blue iMessage like icon.

At least for now, there’s only a static version of the WWDC 21 hashflag available, but the company usually enables an animated version when the day of the event arrives.

Earlier today, the company also launched the webpage to watch the live stream of the event on Monday — with new artwork showing Memojis around message bubbles. This, however, doesn’t necessarily mean that WWDC 2021 will be focused on new iMessage features.

You can now try out the new WWDC 2021 hashflag by posting a tweet with #WWDC21.