Should we seriously count Elon Musk out as Tim Cook’s successor? Obviously, but hear me out … 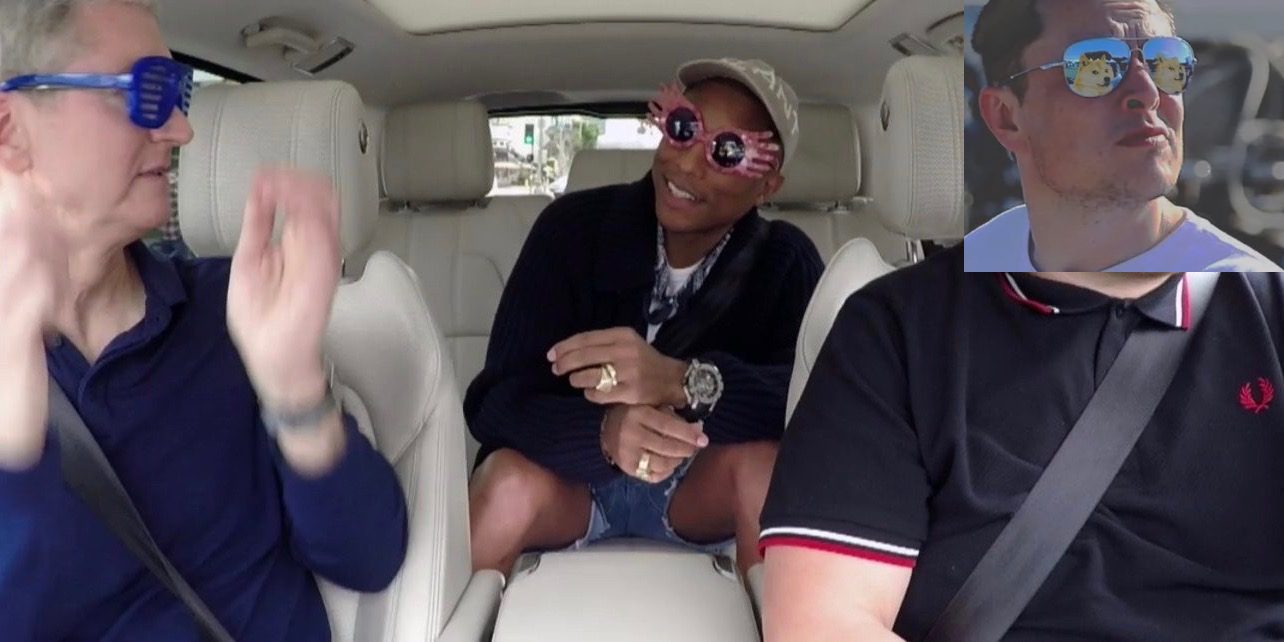 Who could have predicted that the unsubstantiated report of the week would be Elon Musk once vying for control of Apple? In the strange times that we now live in, that’s the rumor that topped off tech and EV news this week.

And while both Elon Musk and people speaking for Tim Cook deny that the Tesla CEO once offered up his electric car company for the top job at Apple, the existence of what I’ll call the Teslapple mega-corporation is irresistible to consider.

The colorful anecdote comes from Wall Street Journal reporter Tim Higgins’ new book on Tesla history called Power Play (currently half off on the big digital book story in the sky), and it goes like this:

My first reaction to the claim was that Tim Cook probably actually said ‘F you’ and not the actual swear word. Totally believable!

The buttoned-up Apple CEO’s most colorful language in public dropped in 2014 when Cook responded to an investor question about the profitability of green energy efforts by saying that he doesn’t “consider the bloody ROI” on initiatives that improve the world.

I’ll leave it to my British colleagues to decide how hard that lands across the pond compared to here in the States.

But while the two CEOs who were regularly photographed sitting a few feet apart at the previous President’s photo op meetings with business leaders and Peter Thiel, Elon Musk and Tim Cook all but swear they’ve never met!

Elon has publicly spoken about considering selling Tesla to Apple when the EV company was living quarter to quarter, however, but that’s a short story that ends with Tim Cook refusing to meet, as Musk tells it.

And while 50-year-old Musk says he doesn’t “want to be CEO of anything,” 60-year-old Cook really doesn’t see himself at Apple in 10 years. Consider that the Apple Car is always five years away, and the math totally checks out.

So that’s it. The case is closed and Apple’s next CEO will be Elon Musk, right? I mean just imagine how different Apple would be if Musk were already in charge.

Remember how broken Apple Mail was in iOS 13? Not on Elon’s watch.

Apple could also have avoided all of the App Store litigation and regulation if Elon were calling the shots.

“Apple app store fees are a de facto global tax on the Internet,” says the CEO of the EV company that just introduced a $200/month subscription through their app for full self-driving car features.

Seriously, who doesn’t think Apple would love to sell a self-driving car subscription to people who already bought their electric car?

I, for one, welcome our new interplanetary-minded overlord. Musk isn’t just CEO of Tesla. He has his own space exploration company called SpaceX that could be Solar City’d into the mega-corporation of Teslapple.

SpaceX is building out a constellation of internet satellites called Starlink that already beam internet from space to Earth. You may recall that Apple has had similar space ambitions with satellites and iPhone customers.

Apple’s services revenue would go to the Moon faster than dogecoin if the company sold internet as a service and not just iPhones.

Remember when the iPhone 12 introduced Ceramic Shield glass which might make iPhone glass less crackable in certain situations? Teslapple CEO Elon Musk could have given a proper demo Cybertruck-meets-Elon’s-hammer style.

Sure, Elon may be an eccentric billionaire compared to Tim Cook who is a more buttoned-up multi-millionaire, but Cook can’t say he’s ever hosted SNL. That’s the kind of leadership Apple’s TV division needs: someone who isn’t afraid to play their self in an Iron Man franchise.

Regardless of how great things could be if Elon Musk were in charge at Apple, I think we can all agree that the newly published tale of Musk offering Tesla to Apple in exchange for being CEO is merely a dramatized story meant to make a top-selling book.

Musk definitely doesn’t deny the more detailed account of the story he first told about looking to an EV-intrigued Apple about saving Tesla in 2016 because the two companies were engaged in a poaching war and Apple insists on making its own car.