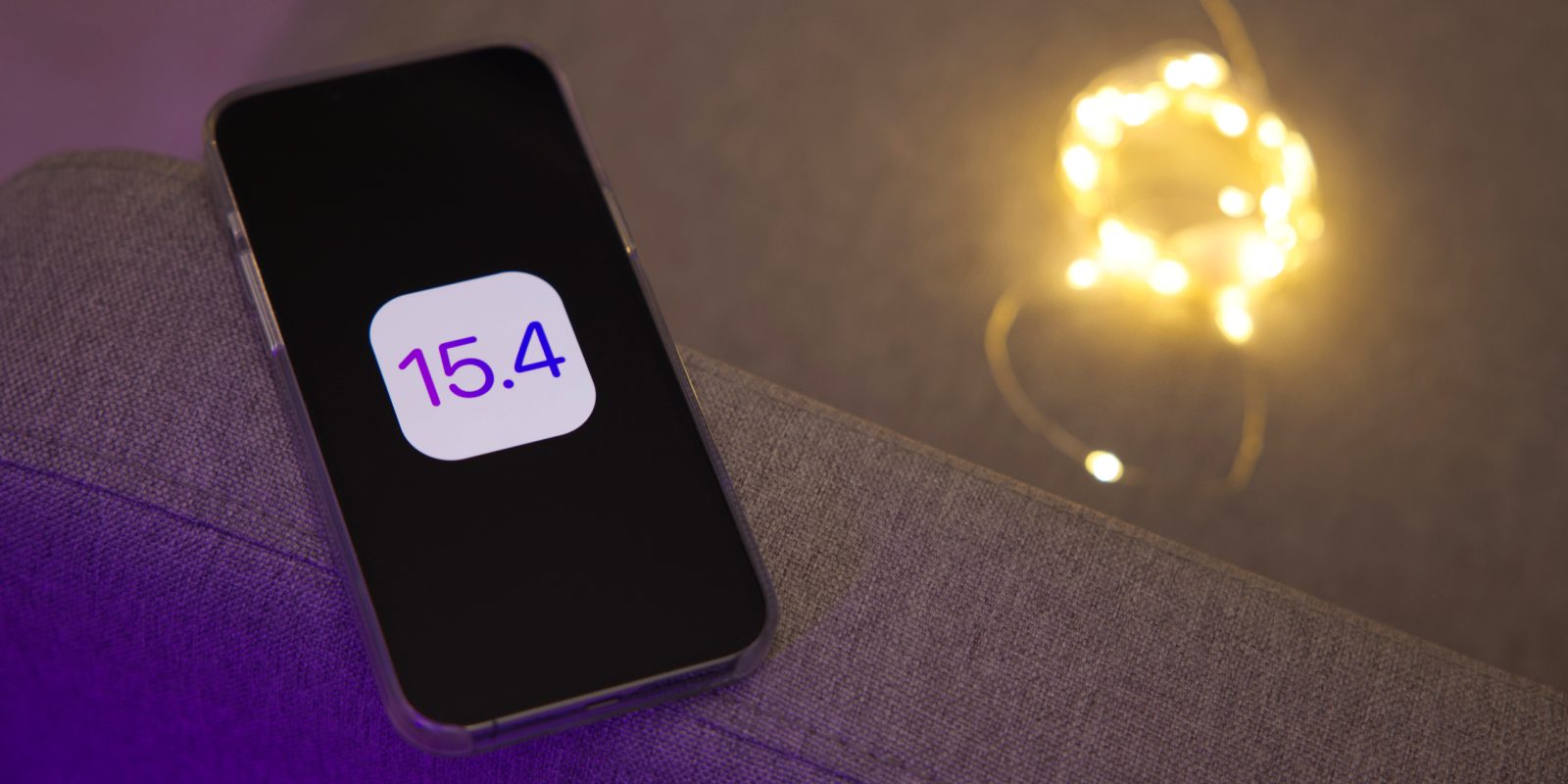 The initial iOS 15.4 beta brought about several significant new changes and updates, and the next release featured smaller tweaks to the update. Developer beta 3, the third release of the iOS 15.4 beta, follows this trend. Watch our brief hands-on video as we have a look at the iOS 15.4 beta 3 changes and features, and be sure to subscribe to 9to5mac on Youtube for more videos.

Users have been able to download OTA updates via 5G since the iPhone 12, but today’s iOS 15.4 appears to allow some users in previously unsupported locations to download updates via cellular LTE.

The Magnifier app, which has seen several updates to its lens selection UI over the course of the beta, gets new iconography for the Auto, Close-up, and Front lens selections in beta 3.

A new preference for the TV app found in Settings → TV → Up Next Display was initially presented in the first iOS 15.4 beta, but changing the settings had no effect. In iOS 15.4 beta 3, you’ll notice a visible change when switching between a still frame from a paused image versus promotional poster artwork in the TV app.

You can now filter podcasts that you subscribe to show episodes that are unplayed or downloaded. The new filter feature is accessible by tapping the Episodes drop down menu from the main podcast show page.

In addition to being able to filter podcasts by episodes, you can also browse individual seasons for shows shows that feature season metadata. Using the same Episodes dropdown menu on the main show page, you can quickly select between multiple seasons. Once you select a season, the Podcasts app allows you to continue to filter by episode.

Finally, in what is perhaps the most significant portion of yesterday’s beta updates, there was no new Xcode 13.3 beta to download, which is usually indicative that hardware updates are right around the corner. Seeing as Apple is rumored to be holding a March 8th event, it may be several weeks before we see a new Xcode beta.

It looks like all of the major changes for iOS 15.4 happened with the initial beta release. That release included the update’s two headlining features: Face ID unlock while wearing a face mask, and Universal Control for iPadOS/macOS. Updates like iOS 15.4 beta 3 continue to work out the bugs and make minor modifications as iOS 15.4 gets closer to a public release.

What are your thoughts on iOS 15.4 beta 3? Sound off down below in the comments, and be sure to watch our previous two iOS 15.4 video walkthroughs for even more details: