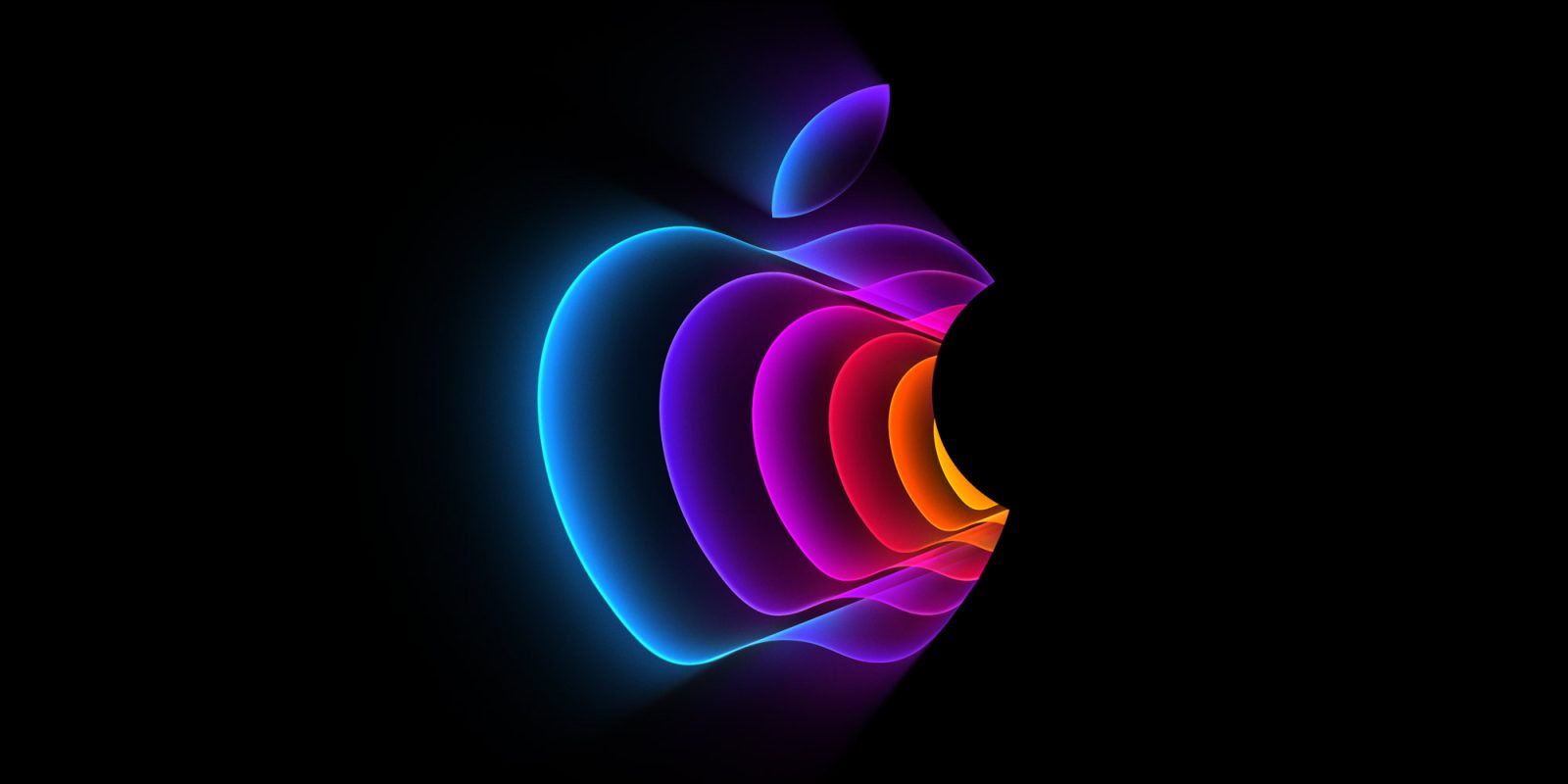 Apple has officially announced its newest event will be broadcast worldwide on March 8. With the event having been rumored for weeks, we’re excited to see what’s lined up.

Read on for a roundup of what Apple could announce at its spring event, including an iPhone SE 3, iPad Air 5, and more. The Cupertino company has a great deal planned for 2022, and 9to5Mac is here to cover it all for you.

Apple has held its first-half-of-the-year events in March or April fairly regularly for some time. While spring doesn’t include a full-fledged new iPhone lineup, the events generate quite the excitement among Apple fans. Here are some highlights of spring events over the last few years:

Apple will officially hold its spring event on March 8 at 10:00 a.m. PT/1:00 p.m. ET. Once again the event will be virtual, broadcasting from Apple Park in Cupertino, California. Apple is teasing the event with the headline “Peek Performance.”

You can watch the March 8 event live stream from Apple’s website, on its YouTube channel, and on the Apple TV app. We will share more details on this as they come.

So, what’s on the docket for the event? Head below for all of the details.

The 3rd Generation iPhone SE is rumored to to remain at the $399 price point. Apple Analyst Ming-Chi Kuo notes it’ll have the same design but with two main upgrades – 5G and a better processor.

Mark Gurman of Bloomberg suggests Apple should drop the price of the existing iPhone SE 2 to $199. This would be perfect for people looking to spend less and would offer a larger lineup of budget iPhones to choose from, but it’s unclear if it’s a strategy Apple will actually implement.

Rumors are anticipating the 5th Generation iPad Air will take after the current iPad mini 6. We could see it include the M1 processor, 5G capabilities, four speakers versus two, and Center Stage support for video calls.

Camera improvements seem to be the biggest changes of all. We may finally see support for 1080p video recording in 25fps and 30fps. The iPad Air 5 is expected to have standard wide- and ultra-wide-angle camera lenses like on iPhone 13. However, sources claim the camera won’t include a LiDAR scanner like the iPad Pro.

According to tech YouTuber Luke Miani’s sources, Apple is going to unveil a dark green iPhone 13. Last year, Apple released a purple iPhone 12 during its ‘Spring Loaded’ event and could possibly do the same this year. Although we’re likely to see a new generation of iPhone SE at this event, this is likely to stay just a rumor.

Apple released the fifth beta of iOS 15.4 this week, and the update should arrive by mid-March. It’s very likely to release around the time of the spring event.

Mark Gurman of Bloomberg listed seven new Apple Silicon Macs to expect this year in his Power On newsletter recently. Additionally, a few weeks ago, Apple registered three new Macs in the Eurasian regulatory database. The appearance of Apple devices in the Eurasian database has been an accurate indicator of new models in the past, but it’s unclear when these machines will see the light of day.

Just last week, 9to5Mac exclusively reported that in addition to a new Mac mini and Mac Pro, Apple is working on a new “Mac Studio” computer. Based on the Mac mini, it’s expected there will be two versions; one with the M1 Max chip, and the other with a more powerful chip. Aimed for professional users, it is a cross between a Mac mini and a Mac Pro.

Last week 9to5Mac reported an “Apple Studio Display” is in the works with a 7K resolution alongside the “Mac Studio”. Mark Gurman shared in his Power On newsletter that Apple is ready to launch a new Mac mini and preview a new external display.

An entry-level MacBook Pro with an M2 chip

Mark Gurman also offered his insights on a new MacBook Pro featuring an all-new M2 chip. This laptop is going to be sold alongside the 2021 MacBook Pro lineup, meant to replace the current 13-inch MacBook Pro.

A redesigned MacBook Air with an M2 chip

MacBook Air hasn’t had a new release since 2020, so it seems inevitable that we’ll see a redesign announced at some point this year, but it’s unlikely this will happen next week.

The new design will follow the 24-inch iMacs with white bezels and come in a variety of colors. It doesn’t seem likely we’ll gain any additional ports on this model, but it has been reported that it will charge via MagSafe.

Current 27-inch iMacs have yet to follow the Apple Silicon route, but that’s anticipated to change. Reports have shown it’ll offer a miniLED display with ProMotion technology. M1 Pro and M1 Max chip options will power these devices, just like the 2021 MacBook Pro lineup. These may be called iMac Pro or stick with the 27-inch iMac name.

The new iMacs are highly sought after as many users are looking for a desktop with the specs of the MacBook Pros. Last spring’s event saw the first generation of Apple Silicon iMacs with colorful 24-inch displays.

What we won’t see at this Apple event

Apple is working on numerous products right now to release throughout 2022. As this is a spring event, we don’t expect to see the rumored Apple Watch Series 8 or the iPhone 14 until the fall. It is also a reality that some of the Macs in the pipeline may be releasing later in the year. There haven’t been many updates on a new iPad Pro, so that is expected to be announced another time this year as well.

What do you expect to see on March 8? Anything particular you would like to see? Let us know in the comments below.