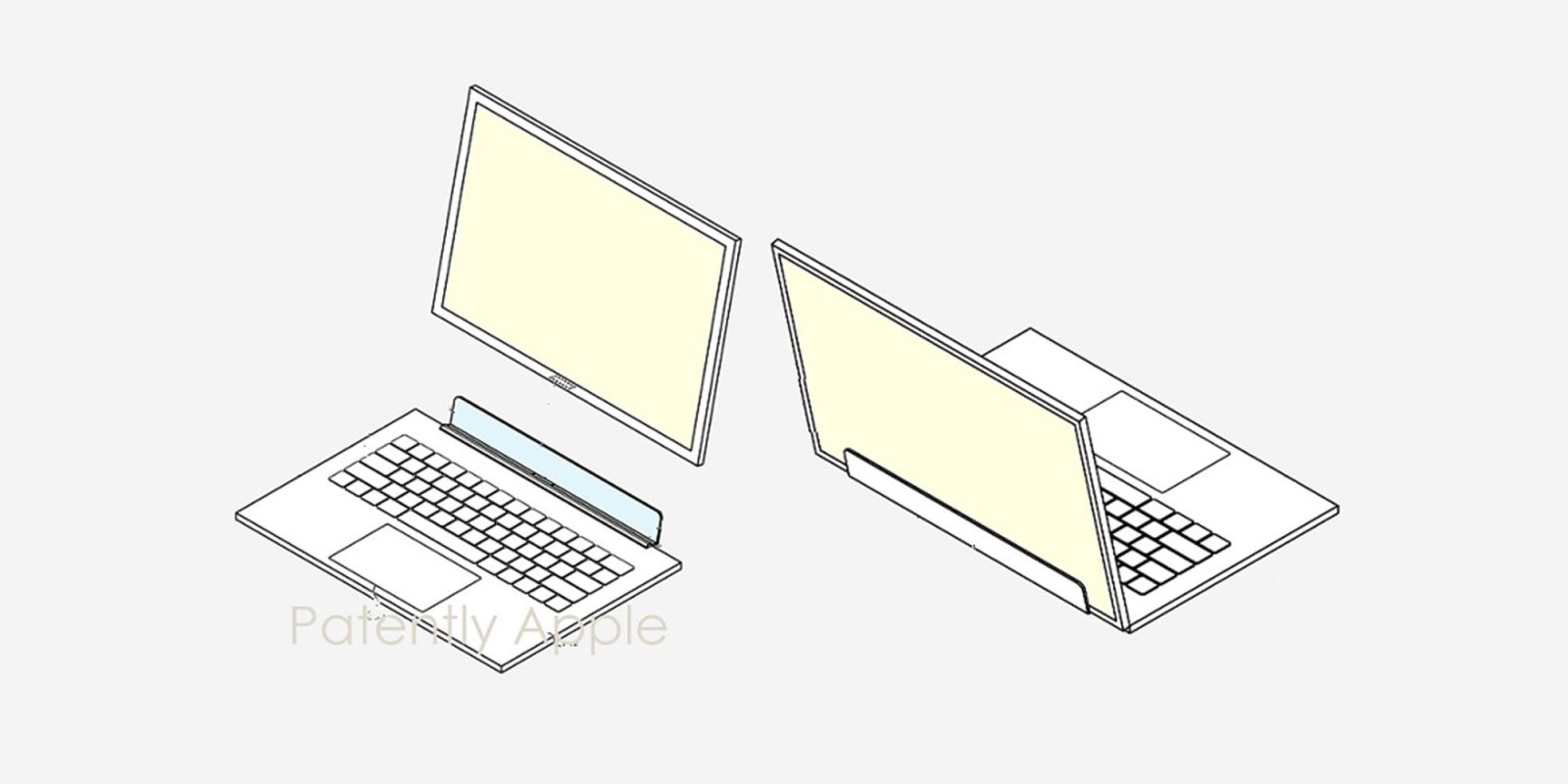 Various rumors on Apple releasing an MacBook/iPad hybrid have been circling for a while. Today, the US Patent and Trademark Office has granted another new patent for Apple that raises new suspicion. According to Patently Apple, this new patent involves a hinged iPad keyboard accessory with an iPad using a macOS-like interface.

This keyboard would provide more flexibility for users with multiple installation modes. It also illustrates a MacBook-like device where an iPad with macOS-like UI attaches magnetically to this keyboard.

The patent also suggests the keyboard’s hinge may magnetically support the Apple Pencil. Patently Apple believes the hinge may even support additional accessories like a camera, projector, or microphone – it’s also likely the form-factor of the iPad will be refreshed alongside this accessory.

So it seems there is a possibility that Apple is considering a MacBook/iPad hybrid device. Bloomberg’s Mark Gurman recently mentioned his view on Apple creating an iPadOS Pro concept with multiple Mac-like modes – while most users don’t need the power of a Mac in their iPad, many power users beg to differ.

The iPadOS experience has been lacking for many, so the power of MacOS in the iPad form-factor would be a welcomed new product. With iPadOS 16 expected to arrive this year, there is quite a long wish list of items we at 9to5Mac hope to see unveiled soon.

Do you think we will ever see a MacBook/iPad hybrid?

Only time will tell if this patent comes to fruition. We do expect more new Macs announced this year at the upcoming Worldwide Developers Conference (WWDC) in June.