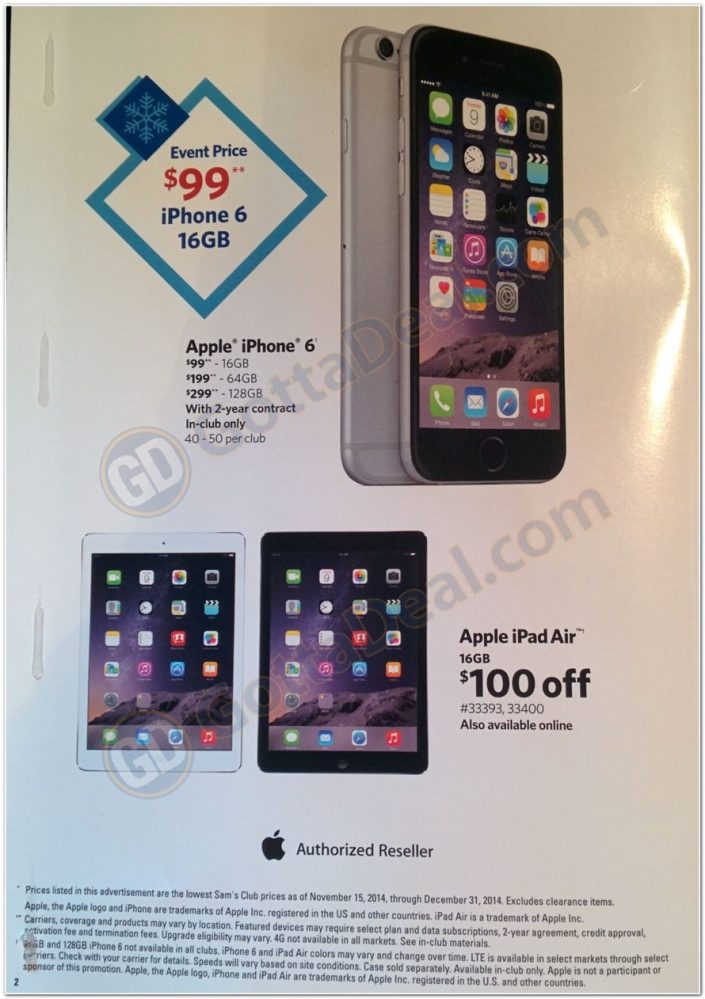 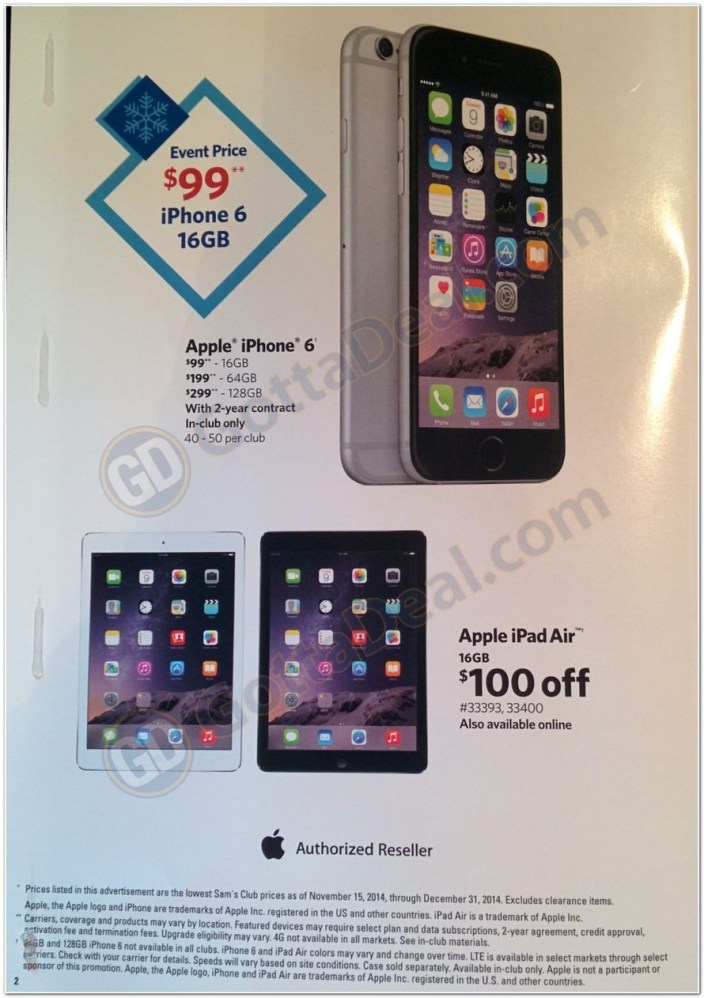 A leaked sales flyer for Sam’s Club reveals that the wholesale retailer will begin selling the iPhone 6 for as low as $99 with a new two-year service agreement starting November 15th. The upcoming Black Friday promotion will see each iPhone 6 model on sale for $100 off their standard on-contract prices: 16GB ($99), 64GB ($199) and 128GB ($299). END_OF_DOCUMENT_TOKEN_TO_BE_REPLACED Remember that report from Reuters claiming Apple is building a low-cost iPhone that will sell for mere $100? This morning a report from ChinaTimes claims Pegatron chairman Tong Zixian dismissed the rumors by claiming the word “cheap” shouldn’t be associated with the product and that the “price is still high.” We have a feeling some of the company’s comments might have been lost in translation, but it’s only stating the obvious: Apple’s doesn’t make cheap products and $99 without some sort of subsidy is probably out of the question for the company’s much rumored “low-cost iPhone”.

According to the analysts, Apple’s low-cost iPhone will likely debut for somewhere in the neighbourhood of $300.

Zagg, a company that makes high quality keyboard cases for iPads that we’ve reviewed in the past, today introduced two brand new keyboard cover and folio designs for iPad mini. Zagg says both products are ultra-thin Bluetooth keyboards that take advantage of “a unique, patent-pending hinge system that enhances the iPad mini user experience with a full range of viewing angles up to 135 degrees.” Get full details on both new products below: END_OF_DOCUMENT_TOKEN_TO_BE_REPLACED

We can’t say we didn’t know it was coming. T-Mobile already started accepting preorders for the iPhone 5 back on April 5, and today marks the first day of official availability for the iPhone on the carrier’s revamped “Un-carrier”, no-contract, unlimited voice and data plans.

To accompany the launch, T-Mobile is also kicking off its first iPhone ad campaign today that begins with the first TV spot above (via TMO News). Of course the ad not so surprisingly focuses on its new carrier approach more so than the device itself:

Earlier this month T-Mobile started rolling out a carrier update for existing unlocked iPhones on its network that brings LTE support, improved battery life, visual voicemail support and more. It also started a campaign offering users trade-in value for their old devices to make the switch to T-Mobile.

The iPhone 5 is available to purchase for $99 down with a $20 per month financing plan through T-Mobile’s website and brick-and-mortar stores. As noted by TMONews, the carrier has also started setting up its in-store displays and advertising for the iPhone (Gallery below): END_OF_DOCUMENT_TOKEN_TO_BE_REPLACED

Drone spotted over the EEOB building in Washington yesterday