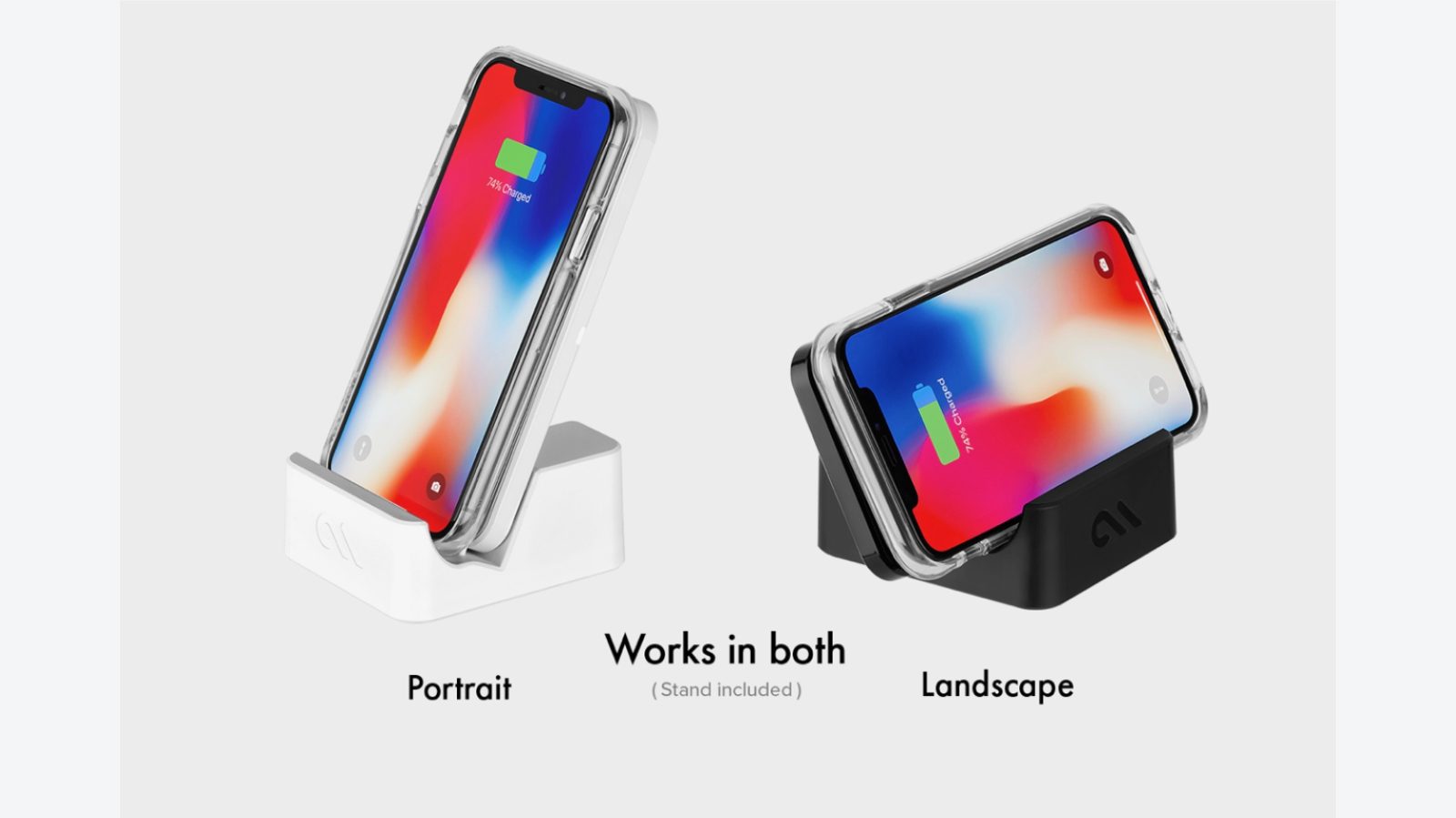 Along with mophie releasing its new wireless charger today, Case-Mate is out with its own take as well. The new Power Pad can be used with or without its stand, offers up to 9W of power, and comes in black and white.

END_OF_DOCUMENT_TOKEN_TO_BE_REPLACED

A ton of great deals on accessories for iPhone, iPad and Macs have gone live today for Cyber Monday in addition to the many Black Friday deals still running from the weekend. Today is your last chance to get in on most of these discounts and in some cases might be your last chance to get your hands on these products before the holidays.

Head below for our roundup of the best deals available today on cases and accessories for your Apple device.  END_OF_DOCUMENT_TOKEN_TO_BE_REPLACED Update: A bunch more cases have been added below.

Evleaks, a source with an excellent reputation for reliability, has tweeted two photos of aftermarket iPhone 5C cases, together with a very specific shipping date: 8am on 20th September.

It’s widely expected that Apple will announce the 5C (along with the iPhone 5S) on 10th September, and that it will go on sale on the 20th. Both T-Mobile and Verizon have blocked employee vacations around this date. We passed up the New York Times iPhone story earlier because it didn’t really contain any new product information. We’ve been hearing early October for awhile now in terms of when the iPhone gets released.  Therefore, the announcement in ‘weeks’ isn’t news either.

Neither is the 8MP camera which I was on hand to hear Sony CEO Howard Stringer reveal earlier this year.  Nor the A5 processor which isn’t even a small stretch.  And the best bit:

two people with knowledge of the inner workings of Apple’s next-generation iPhones say either the iPhone 5 or iPhone 6 will include a new chip that is made by Qualcomm.

But here’s some real info: We’ve heard that there are indeed two different models of iPhone coming out next month (announced this month?)  We still think October 7th is the scheduled release date give or take any delays.  We’ve heard the low-end model, which is essentially an iPhone 4 look-alike (glass front and back), is rolling off the assembly line in big numbers right now.  Apple expects to have 10+ million of these things on hand for launch and full ramped production into the holiday shopping season.  These will be priced aggressively and be everywhere.

They will also be offered in both prepaid and post paid plans (this is a big deal – more to come on that).

But there is some bad news… END_OF_DOCUMENT_TOKEN_TO_BE_REPLACED