Belkin has announced four new products for its WeMo home automation range, with a focus on home security. You won’t be able to get your hands on them for a while, though: they aren’t set to go on sale until the second half of the year.

All four new products are sensors, capable of sending alerts to the WeMo app and triggering other WeMo devices such as switches, plug sockets and lightbulbs …  END_OF_DOCUMENT_TOKEN_TO_BE_REPLACED

The $50 smartwatch will be here by the summer, says Archos

When a whole new category of technology arrives, you can usually rely on tech-heads to get excited about them even if the mass-market doesn’t. So far, though, smartwatches don’t seem to have made as much headway as many expected. When a confirmed gadget addict like me is left wondering why I’d want one, something somewhere is wrong.

But where functionality hasn’t persuaded many of us, perhaps price will. Archos is planning to launch a basic smartwatch in the summer for just $50, a price it may be hoping will lead people to stop asking ‘Why?’ and instead ask ‘Why not?’.

Don’t expect too much tech for your fifty bucks: what it will buy you is more of a dumbwatch than a smart one. All it will do is relay notifications from your phone and allow you to control music playback. Oh yes, and tell the time. The display, too, is low-tech: a 1.55-inch non-capacitive e-ink screen.

The styling also looks pretty crude. But for $50, it’s almost cheap enough to try one out just to see whether the idea of a smartwatch grabs you.

Archos also plans a color model with 1.8-inch capacitive screen for $100 and an aluminum-cased version for $130, but these won’t be available until later in the year. Short of any solid gold or diamond-encrusted cases you might find for those with more money than taste, you are probably looking at the most expensive iPhone case on the market: the FLIR One, yours for $350.

The case is, however, a fully-fledged gadget in its own right: a thermal imaging camera. TechCrunch had a play with one, and reported that it has several different modes, making it suitable for use by you and I as well as those trained to read thermal images. It can, for example, be set to highlight as simple binary differences the hottest and coldest heat sources in an image (sample images below the fold) …  END_OF_DOCUMENT_TOKEN_TO_BE_REPLACED 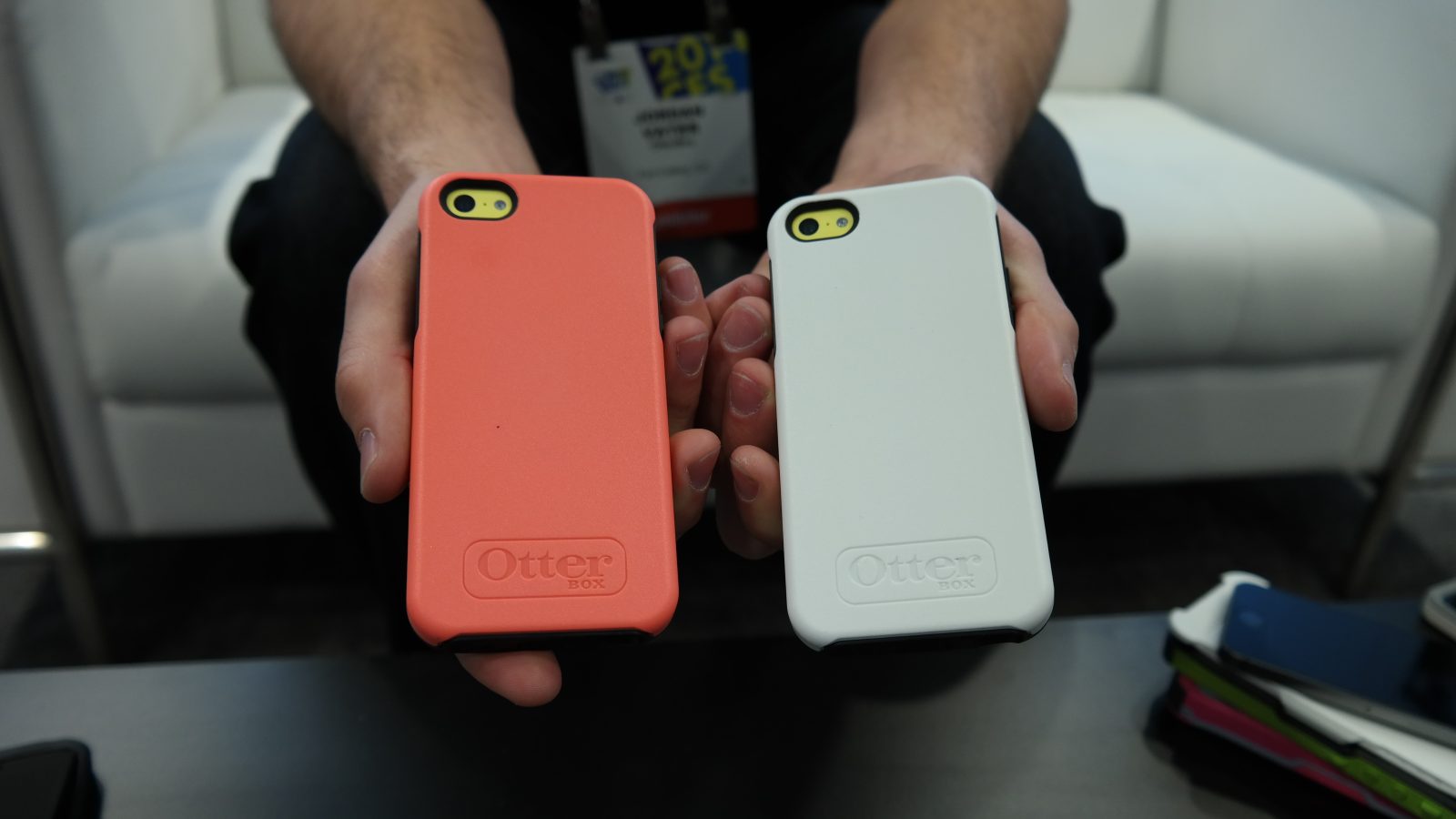 At CES, Otterbox has unveiled its new range of iPhone cases called the ‘Symmetry’ series. According to Otterbox, these cases are a “fusion of protection and style”.

The protective cases are thin, combining two materials into a single piece. Otterbox calls the series one of the slimmest, most protective cases in its class. They have a raised edge on the front to protect the touchscreen glass and use synthetic rubber in a honeycomb coring on the back to absorb shock to defend against drop damage.

END_OF_DOCUMENT_TOKEN_TO_BE_REPLACED

I take the view that wires are evil: anything that can be wireless should be wireless. My iOS devices sync via wifi, my keyboard and trackpad are Bluetooth, I have Wemo-controlled lighting, Tado-controlled heating and love cloud services.

But there’s one thing in my living-room that still relies on a wire: the connection between Mac and hifi system. I tried a Bluetooth link, and the quality just wasn’t there. I quickly reverted to the 3.5mm cable that runs around the skirting board.

Enter microphone specialist Blue. The company is teasing a true hifi-quality wireless connection between digital devices and headphones (and presumably hifi systems) under the name Mo-Fi.

Where digital music technology has advanced, headphones have lagged behind. We’ve seen dramatic advances in the quality and convenience of digital music, yet headphones –designed specifically to bring us closer to sound— have failed to bridge the gap from hi-fi to mobile. Headphones are the last barrier between us and the audio trapped in our digital devices. What if we liberated our music from overhyped lo-fi to true mobile hi-fi? We can. Blue is offering the first sneak peek at CES 2014.

We’ll bring you more details when we have them. AT&T has announced incentives worth up to $450 for T-Mobile customers who switch to their service. The move is being made in response to T-Mobile’s Uncarrier offers, after AT&T recently said that it too expected to move toward separating device and service charges.

Proving the old adage that there’s no such thing as a free lunch, the deal of course comes with strings. First, $250 of that is the maximum you’ll receive in return for trading in your existing T-Mobile handset. To get the full $250, you’ll need a recent handset in good condition – in which case you’d almost certainly get more selling it privately …  END_OF_DOCUMENT_TOKEN_TO_BE_REPLACED

This review has been updated a year in, with an improved thermostat with built-in display and touch-sensitive controls, and new fuel-saving figures.

But iPhone-controlled heating and lighting is here today. Nest hasn’t yet made it to the UK, so I decided to try out competitor system Tado, which is available in Europe now.

In the UK, it costs £199 if your system already has a wired thermostat, or £278 if it doesn’t. Alternatively, you can rent Tado for either £4.99 or £7.98/month. Looking at my own energy usage before and after, the payback time is a little under three years.

The idea behind Tado is three-fold. First, automation. As well as the programmable timer you have in any heating system, it also monitors the locations of everyone in the household via their iPhones (or Android phones). If everyone is out, it turns down the heating even if the timer says it should be on.

How much it turns it down depends on how far away you are, because it aims to have it back up to temperature by the time you return. Nip out to the local grocery store, and it won’t adjust it much, drive an hour to work and it’ll turn it down a lot …  END_OF_DOCUMENT_TOKEN_TO_BE_REPLACED