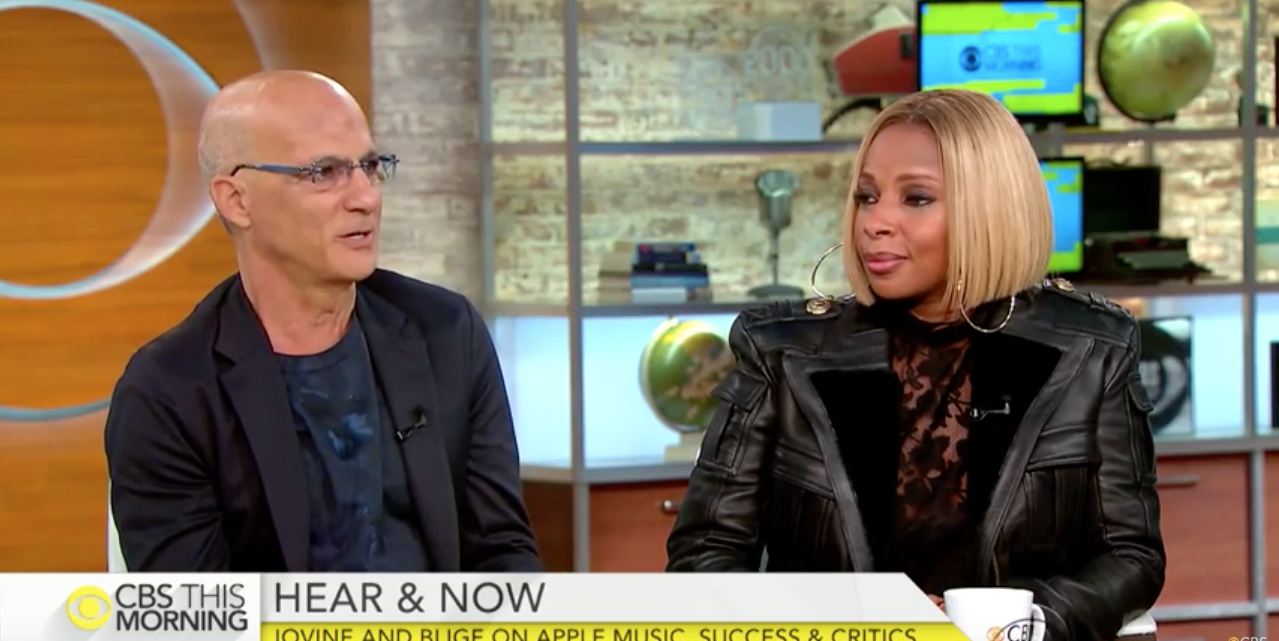 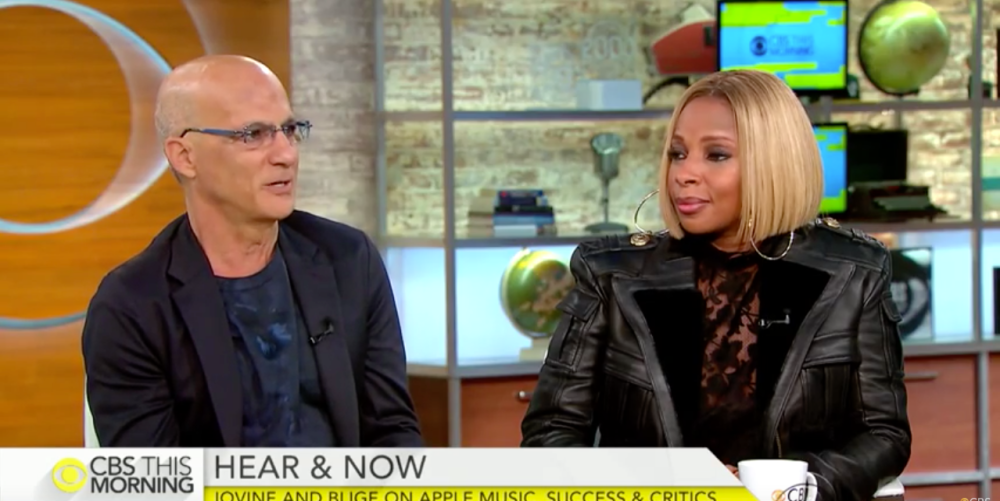 Update 10:20PM ET: Jimmy Iovine has issued an apology to BuzzFeed News for his controversial quote regarding him believing women have a “difficult” time finding music:

“We created Apple Music to make finding the right music easier for everyone — men and women, young and old. Our new ad focuses on women, which is why I answered the way I did, but of course the same applies equally for men. I could have chosen my words better, and I apologize.”

Apple executive Jimmy Iovine and popular recording artist Mary J. Blige sat down with the hosts of CBS This Morning earlier today to discuss Apple Music. A couple of months back, Apple debuted a new TV ad for its music streaming service starring Blige along with actresses Kerry Washington and Taraji P. Henson. In the ad, the three stars described Apple music as the “Instant boyfriend mixtape service” and touted that the For You feature is the equivalent of having a boyfriend inside your computer.

END_OF_DOCUMENT_TOKEN_TO_BE_REPLACED

Apple will also use its retail stores to further promote the event with iTunes Festival Pins to be worn by retail employees to “spark conversation about the event,” according to an internal document obtained by 9to5Mac. Retail employees will also receive iTunes Festival wristbands and redemption codes for music. Select Apple Stores will also host “music-related events” with local artists, according to the document. END_OF_DOCUMENT_TOKEN_TO_BE_REPLACED

Apple has once again updated the lineup for its upcoming iTunes Festival in London, adding several new musical artists to the schedule, including Mary J. Blige, deadmau5, Tony Bennett, and Ed Sheeran. The addition of 19 more acts brings the current announced total to 40, with another 20+ still to be announced.

The complete list of artists added tonight is below:

END_OF_DOCUMENT_TOKEN_TO_BE_REPLACED As we’ve previously reported, Apple began giving away select paid apps in its Apple Store app recently as an added incentive to download and check out the app.

This week in particular Apple has replaced the free app with free music from iTunes instead. The playlist is appropriately holiday themed and features songs such as Silent Night by Kelly Clarkson and The First Noel by Mary J Blige. END_OF_DOCUMENT_TOKEN_TO_BE_REPLACED