iTunes Connect, Apple’s portal where developers manage software published on the App Store, is presenting many users with a widespread issue this morning. Several users are reporting logging in with their own credentials and being presented with both the name and apps of other iTunes Connect users, including upcoming, unreleased versions of apps. 9to5Mac has corroborated the errors with iTunes Connect. While the iTunes Connect issue is presenting users with other developers’ names and apps, actions within the developer portal error out preventing any more potential issues for now. However, information including personal name, company name, email address, and apps published and unreleased are shown creating a major privacy issue.

Many users are reporting the incorrect accounts being displayed belonging to big companies including H&R Block, Viacom (as seen with the Nickelodeon photos below), BlackBerry, Time, and larger business accounts. It seems many developers are seeing the same set of incorrect accounts.

It’s unclear if the issue originated internally or externally. In 2013, Apple faced a weeks-long system outage of its Developer Center following a security breach. We’ll update as this situation develops.

Update 1: About a half hour after users began reporting the issue, Apple appears to have temporarily taken iTunes Connect offline. The company has now updated its developer system status dashboard to reflect the issues. The iTunes Connect iOS app appears to continue to function correctly. 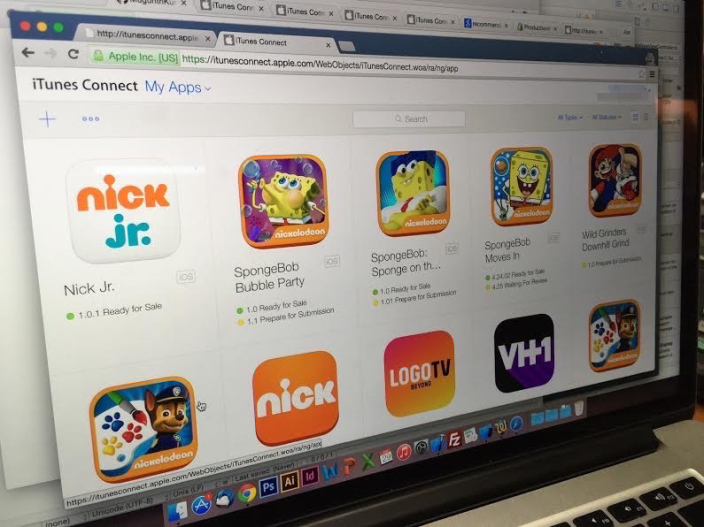 Update 2: Apple now acknowledging the issue on its developer system status dashboard about 90 minutes after it began.

iTunes Connect just logged me in as a different user. Someone is seriously going to get fired. pic.twitter.com/xgJvOyRdvf