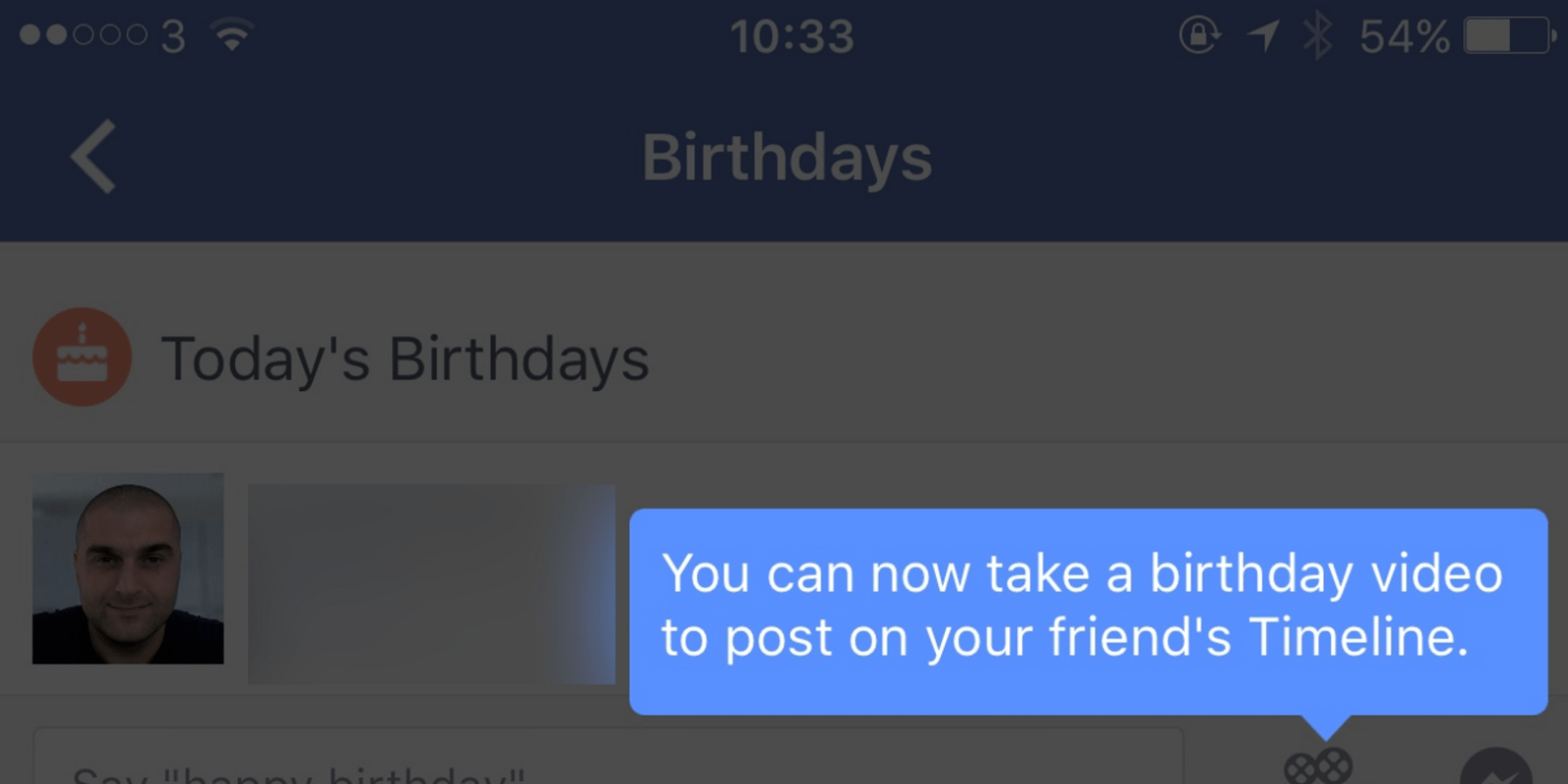 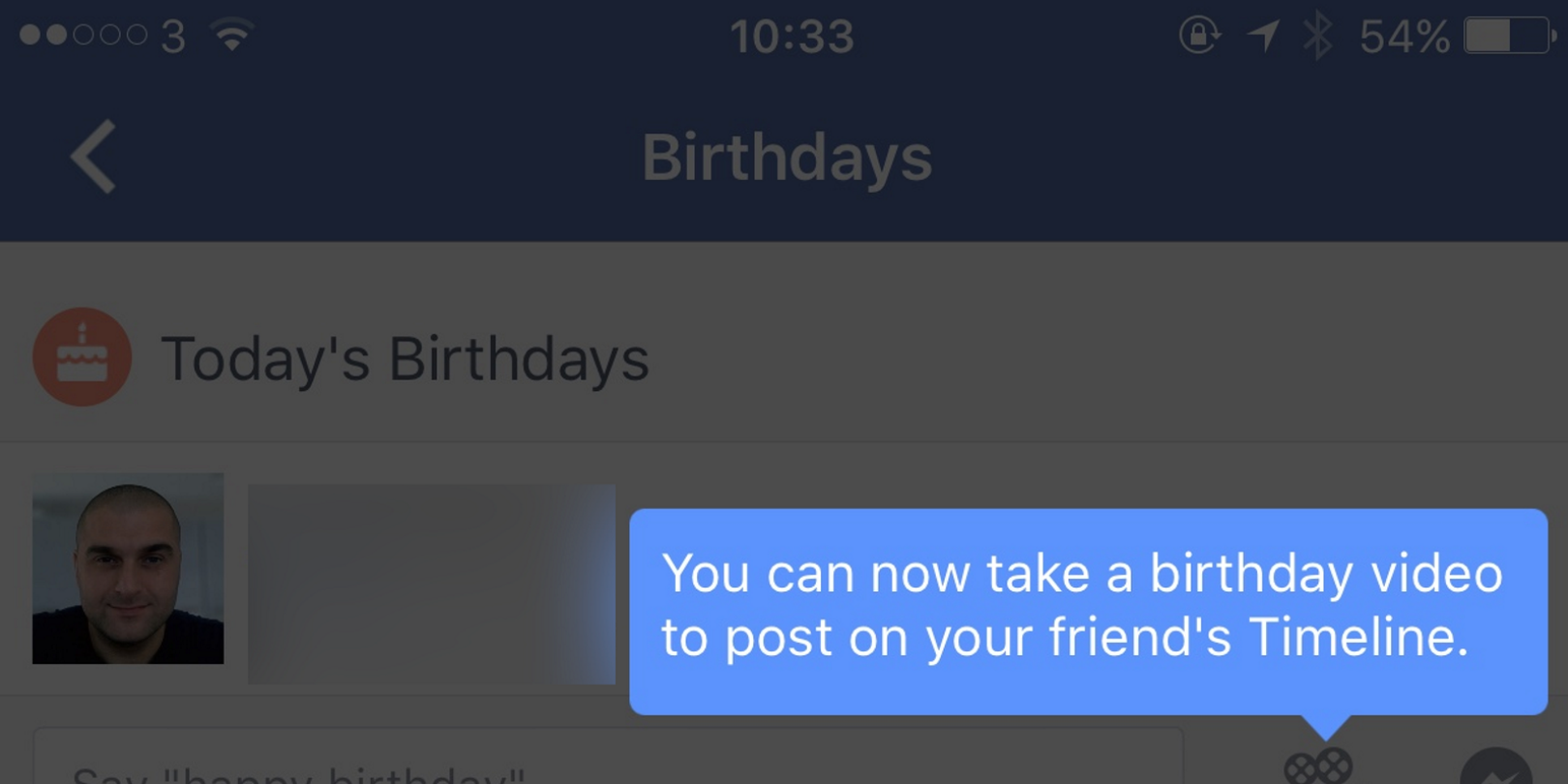 One of the many things Facebook does well is make it nearly impossible to miss when one of your friends turns another year older. On the web, birthday reminders are placed prominently near the top right with links to easily wish your pal a happy birthday, and on mobile Facebook has experimented with alerts and other ways to help you not forget someone’s big day.

Now Facebook appears to be testing an even more personal way to make your birthday wish stand out: video messages. The Next Web reports that some mobile users have seen a new ‘birthday video’ option appear under Facebook’s Birthdays section (although don’t worry if you don’t see it yet, I don’t have it either).

The previous (or current depending on the roll out) birthday wish composer lets you send text, photos, and links to your friends’ timelines, but not videos (at least on mobile) so this new option should add some variety on your birthday timeline.

Speaking as someone who just celebrated a birthday this week, the idea of a few video messages from friends and family is charming, but being inundated with a triple digit number of short clips could quickly become overwhelming. Still, Facebook seems to be testing the waters and likely measuring usage before a wider rollout so don’t be surprised if you receive the gift of someone bellowing out “Happy Birthday!” the next time your special day rolls around.

Just remember, a birthday card and and some cash also goes a long way. ;-)

In addition to testing video birthday messages, Facebook is delivering on a promise to let users interact with statuses using more than just likes and comments.