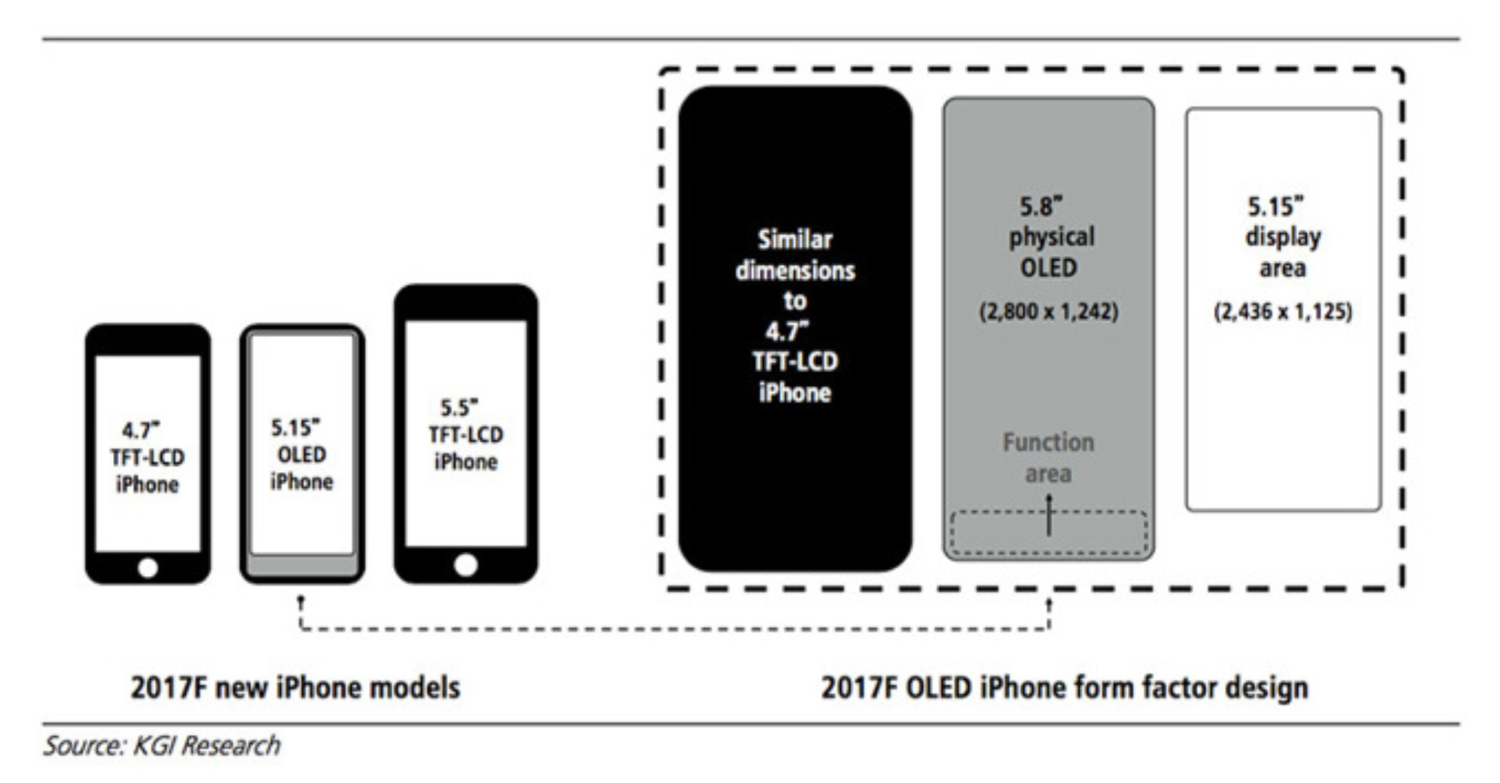 I’ve been giving more thought to the issue of how Apple might embed Touch ID into the display of the iPhone 8. So far, the various reports and rumors have focused on two possibilities: one hi-tech, one low-tech.

The hi-tech approach would be to embed a fingerprint reader beneath the display. We know from the sheer volume of Apple patents that Apple has plenty of ideas about how this might be achieved – but there’s a massive difference between a concept and a finished product. Indeed, there’s a huge gap between a fully-working prototype and something that works in volume production. If the rumors are to be believed, Apple has struggled to achieve this.

The low-tech approach would be to take the same route as many Android brands and simply move the Touch ID sensor to the rear of the casing. I’ve discussed previously why I think this would be a terrible idea, and the most recent reports do suggest Apple is not taking this approach.

But it strikes me that there’s a third possibility here. What might be termed a ‘mid-tech’ approach …

While Apple’s ideal might be for the entire front of the iPhone to be display, what it actually needs to achieve from a design perspective is something slightly less ambitious. What people are really wanting is a design where the display appears to occupy the entire area. This could be achieved by a little sleight of hand – and there are already two examples of Apple taking this approach.

The first is the Apple Watch. When the Watch display is off, all you see is a single piece of glass. Even when the display is active, the black background means you can’t really tell where the display ends and the black glass surround begins. It’s a very convincing illusion.

That illusion is helped enormously by the fact that the Watch has an OLED screen. With OLED, black areas are completely unlit and so do look really black. This is contrast to an LCD display, like those on current iPhones, where even black areas are backlit.

The second example is the Touch Bar on the 2016 MacBook Pro. At first glance, this is a single OLED strip running the entire width of the keyboard. A closer look reveals that this is, again, illusion. The Touch ID button is a physical button sitting alongside the Touch Bar itself. It’s a separate, physical button designed to blend into the surroundings.

So Apple has a track record of using this kind of illusion to make design goals compatible with technological constraints.

The second supporting evidence for this idea is a report from a source with a strong track record that Apple indeed plans to take a kind of Touch Bar approach to the iPhone 8 display. Rather than a single 5.8-inch display, KGI says that there will be a 5.15-inch main display, with a separate ‘function area’ below devoted to virtual buttons.

In other words, a Touch Bar beneath the primary display, done in such a way that it seamlessly blends in.

If this is true, it strikes me as entire possible that the iPhone 8 Touch Bar could work in a very similar way to the MacBook Pro one – a set of virtual buttons with one physical one: the Home button with Touch ID.

Note that I say ‘physical’ rather than ‘mechanical.’ Apple has already demonstrated in the iPhone 7 that it can replace a moving button with a touch-sensitive one, so it would of course be able to use that same technology in the iPhone 8.

This, it seems to me, would solve all the problems. From a design perspective, the iPhone 8 would appear to be a single display. But in reality it would employ two pieces of proven technology that Apple already owns: an OLED Touch Bar, and a touch-sensitive Home button.

I don’t say this is the approach the iPhone 8 will take. I’m certain that if Apple can embed the Home button into the display, it will do so. But I do see this as a very credible fallback position for the company to adopt if it was unable to take its preferred approach. And, speaking personally, it’s an approach with which I’d be perfectly happy.

What are your views? Does this seem like a credible Plan B for the iPhone 8? And if so, would it be an acceptable one for you?

You’ve already made it clear that you really want Touch ID embedded in the display even at the cost of delaying the iPhone 8. Some 85% of you opted for that if the alternatives were either moving Touch ID to the rear or losing it altogether. But if Touch ID remained on the front of the phone and appeared to be part of the display, would that be an acceptable compromise? Please take our poll and share your reactions in the comments.